The Egyptian Surrealists in Global Perspective

A Report from the AUC

Sir, have you seen the moulid sugar dolls with their four hands, have you seen the little aragoz puppets? Have you ever listened to the stories of Umm al-Shu'ur and Shater Hassan and their like from popular folklore? All these, sir, are examples of Surrealism.

Surrealism came to Egypt in the late 1930s. During this time and beyond, things occurred in the Egyptian art scene that were described as surrealist, and which undoubtedly looked surrealist, but did not necessarily cohere into what art historians would call Surrealism with a capital S. Much of the documentation of this period (whatever there was) is now scattered or lost. (And if no one took a picture of an exhibition, did it really happen?) Thus, 'The Egyptian Surrealists in Global Perspective' conference, organized at the American University Cairo's Tahrir campus from 26 to 28 November, sought to bring what is out there together. A collaborative effort between the Sharjah Art Foundation, the Institute for Comparative Modernities at Cornell University, and the American University in Cairo, this was the first large-scale attempt to bring academics and artists together to historicize the movement of Egyptian surrealism. 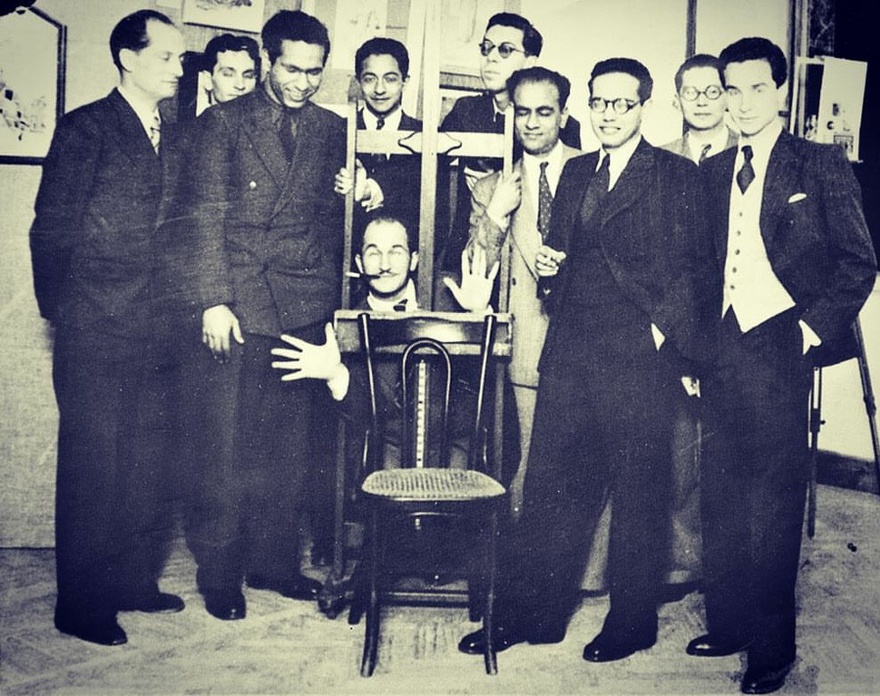 Members of the Art and Liberty group at their second exhibition of independent art in 1941.
© The Younan Family Archive.

Over three days, 23 presentations, including work by Jean Colombian (independent researcher, publisher, archivist), Didier Monciaud (University Diderot Paris IV), and Alexandra Seggerman (Post-doc at Five College Mellon) and others from a wide range of backgrounds presented papers-in-progress, generally focused on the history and evolution of the Egyptian surrealists and the Art and Freedom Group: a cohort of artists and writers assembled by Georges Henein in Cairo in 1938 that produced five exhibitions and scattered publications until disbanding in 1945. Bringing much of what is known so far about the history of the Egyptian surrealist movement, and comparing this to histories of surrealism elsewhere, individual presentations offered personal and academic reflections, including May Telmissany of the University of Ottawa speaking about the work of her late uncle and a leading member of the Egyptian Surrealists, Kamel Telmisany, a painter of 'blackness, blood, ripped shapes and sad screaming lines' (in his own words) who put aside his 10-year painting career for filmmaking by the 50s and directed the (in)famous Black Market in 1957, a pioneering work of Egyptian neo-realism.This kind of personal/academic tone ran through the event; as an example, the daughter of Ramses Younan and son of Hamed Abdalla, both key figures in the group, were also present in the audience. 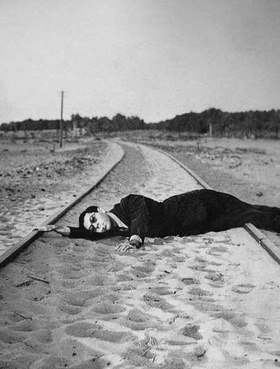 Situating the Art and Freedom Group firmly within local and international histories was prolific local artist, art critic and translator Adel El-Siwi, who argued during his presentation that the Art and Freedom Group was influential not only because of their art, but because of how they propelled the local scene into an international network and thus made it possible for Egypt to be part of a holistic picture, not as viewers but as part of an ongoing international movement and to stop a system of delayed imitation.El-Siwi then poignantly showed the group's continued influence on contemporary language and society by showing a picture of graffiti by local artist and activist Ammar Abo Bakr that paraphrased Henein's'A revolution without disappointment and without hope', to read 'revolution without despair nor hope'on a mural dedicated to activist Shaimaa al-Sabbagh, who was shot dead by police forces during a peaceful protest in downtown Cairo in January 2015. El-Siwi said the Art and Freedom Group introduced a kind of writing and languageinto Egyptian culturethat had a certain ability to raise questions: something he thinks is imperative for present-day Egypt, where, as he noted, a supreme power is once again trying to limit people's imagination. As Ania Szremski, a Cairo-based curator and art historian notes, 'they were interested in poetry and the word as a form of magic, a language born in the margins of society that had a subversive power to break through the norms of a bourgeois, politically corrupt society.' For Henein, poetry was a contrast to the ivory tower.

Continuing an emphasis on the Art and Freedom group's international relations was art historian Amina Diab (University of York), who stressed the importance of viewing the work of the Egyptian surrealists through the local context, and not as a failed attempt to imitate an 'advanced' Western modernity. Diab used Kamel Telmisany's statement of defense against the charge of imitating French Surrealism to show that, although a broad Surrealist influence on the Art and Liberty group is undeniable in their aesthetic choices, the group also incorporated other artistic and political trends to suit them. Diab cautioned against equating the ideas of Art and Freedom with Surrealism, since the artists picked and chose the elements of Surrealism that fit their artistic goals, reworking them to fit the local cultural landscape. By constantly revisiting Egypt's cultural legacy in their work, whether via a folkloric, Coptic or Pharaonic past, they forged universalism with Egyptian-ness so as to present themselves as universal precisely because they were local.

Through these studies, it became clear how surrealism offered a way of seeing the absurdity and uncanny beauty inherent in everyday life: a toolkit for disrupting reigning political, artistic and social norms, and a conceptual passport into a global discourse. But by no means was it a movement dictating how the Egyptian surrealists practiced. Clare Davies, an art historian formerly of Townhouse Gallery and now of New York City's Metropolitan Museum, pointed to the complexity of the terms the conference was using in relation to Egyptian surrealists. The question of whether its members are truly Surrealists or not is an open question worth debating, but she countered with personal view that the group had a tactical relationship to Surrealism, and played with its vocabulary in their language and practice. Thus, it is difficult to offer a label, especially one burdened by normative Western art historical terms that aren't flexible enough to accommodate other art histories. 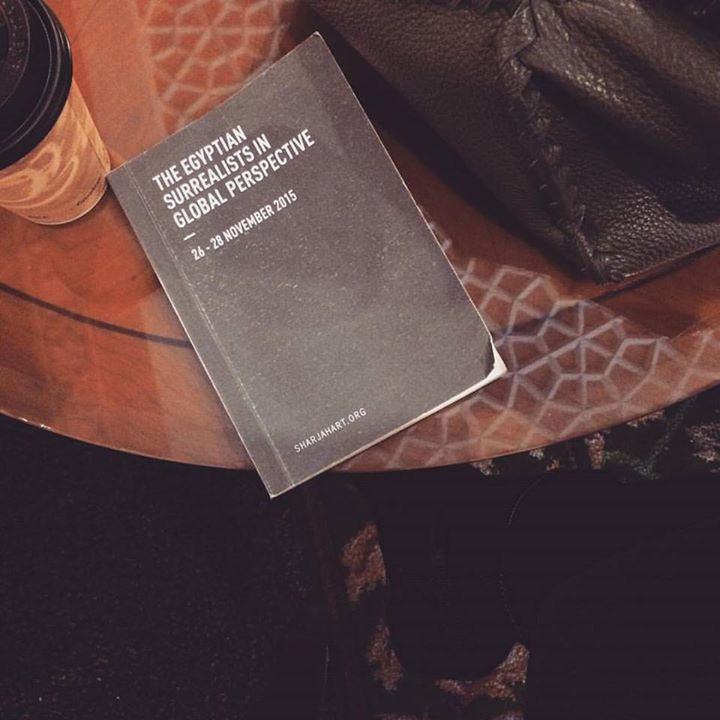 This wariness was echoed by several of the speakers, just as much as it was acknowledged that the playful openness of the Egyptian surrealists, combined with the difficulties inherent in researching the group (and disseminating that research), has allowed the remnants that remain of their practice to stay relatively open and shape-shifting within the contemporary imagination, or, as an art historical subject. This was reflected in the last hour of the conference, when Cairo-based writer Jonathan Guyer questioned whether Egyptian surrealism was actually relevant and being taught at local art schools today, or if the movement was undergoing an excavation. There isn't much in terms of traditional hard facts, archival materials and authoritative bibliographies, after all. A number of the presenters are still in the process of seeking out documents and giving interviews.

Yet, it is this looseness of information and form that makes the Art and Freedom group such an appealing focus for contemporary artists and curators. International interest in the Egyptian avant-garde perked up after London-based artists Adam Broomberg and Oliver Chanarin organized an 'exhumation' of the Art and Freedom Group at the Townhouse Gallery during their residency there in 2010. In September 2016, curators Sam Bardaouil and Till Fellrath will open Baby Elephants Die Alone: Rupture, War and Surrealism in Egypt (1930s–1940s) at the Centre Pompidou, which will later travel to Düsseldorf and London (skipping the Middle East). The Sharjah Art Foundation's two-volume publication and exhibition, When Arts Become Liberty: The Egyptian Surrealists (1938–1965), will be presented in 2017, about a year after Baby Elephants Die Alone, which is an unrelated project.

Of course, with all this attention now focused on Egyptian surrealism, the conference was haunted throughout by the spectre of historicization, as peppered as it was with the kind of absurdist questions that perfectly suited the surrealist subject at hand. As Telmisany wrote in an article for Don Quichotte, one of the journals Art and Liberty collaborated on, 'Art does not have a territory', and the conference showed that 'territory' could also mean an art historical terrain. In this light, the event was gratifying in that it brought together artists, art historians and family members who have been working, seeking, excavating and exhuming the history of the Egyptian surrealists for years, without making any grand narrative claims on them in the process. 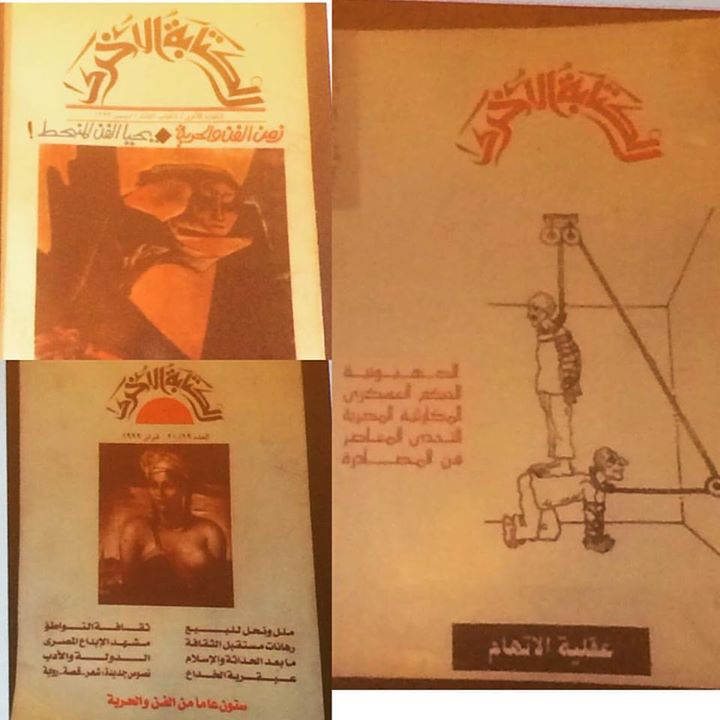