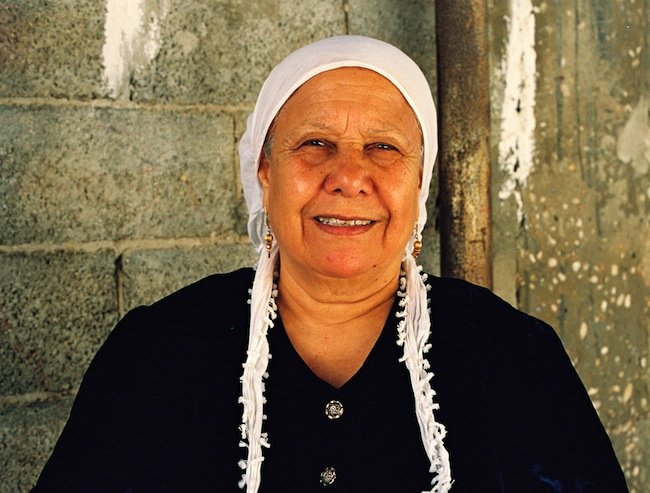 In our interview for June, Palestinian artist Taysir Batniji discusses his recent video Ma mère, David et moi, 2012, which premiered at the Cinéma du Réel festival at the Centre Pompidou this past March, with independent curator Silke Schmickl. Composed of videos, photographic images, and TV recordings, alongside images from YouTube and Google, Ma mère, David et moi explores the memory of absence and the narrative strategies for reconstituting the elisions of the past and present. In addition, Schmickl and Batniji discuss the recent series of drawings commissioned by the Abraaj Capital Art Prize,To my brother, 2012, which refers to the loss of Batniji's brother, who was killed by a sniper in the First Palestinian Intifada (1987-1993).

Anahita Razmi, from Untitled YouTube Stills, 2012. Courtesy of the artist.

The 2011 Emdash Award-winner Anahita Razmi has produced a project for Ibraaz, Untitled YouTube Stills, 2012. The project is related to Cindy Sherman's Untitled Film Stills, and rifles through the plethora of user-generated videos online to enquire into whether certain stereotypical images, recognisable figures, settings and aesthetics can be extracted from them. Composed of rebuilt sets, photomontages and collage, the photographs blur together technical alterations of the image and the self-staging of events that combine the hallmark of the 'real' and the intimation of the virtual.

In July, Ibraaz will publish interviews with Fayçal Baghriche and Ala Younis, and the first part of an essay by Ibraaz's Editor Anthony Downey, entitled 'In the Event of Fire: Representing the Aftermath of Conflict'.