The Arab British Centre's Safar: A Journey through Popular Arab Cinema started on Friday the 21st of September at the ICA with an afternoon-long, three-session forum. It was a lively debate among Arab film scholars, directors, critics and programmers based in different parts of the world, and represented different spectrums of the industry not necessarily agreeing on, among other things, differences between art house and commercial cinema, fluctuating movie-going trends, censorship and distribution. 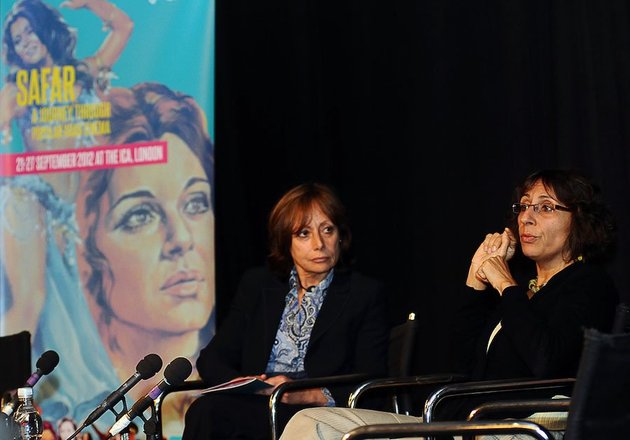 Starting out with a wider-view contextualisation of Arab cinemas, Viola Shafik, author of two ground-breaking books on Arab cinema (Arab Cinema: History and Cultural Identity and Popular Egyptian Cinema: Gender, Class and Nation), was in conversation with Dina Matar, head of SOAS's Centre of Media and Film Studies, in which she gave pluralistic accounts on eras and movements in film. The beginnings, she said, were ruled by an international, visual language. With the development of sound came Egyptian cinema's unique, vernacular traits, namely comedy and musicals. From there, both realist and popular films, Shafik explained, have reflected on serious social issues, which have included subjects such as arranged marriage and women's empowerment (she recommended Rebecca Hillauer's Encyclopedia of Arab Women Filmmakers), to Modernism, economic issues and societies in flux.

Matar asked whether it made sense to refer to cinema produced in the region as 'Arab cinema'; Shafik's preference for the French term, les cinémas Arabes, she explained, has to do with its inherent implication of the multitude to the ethnicities and histories of the region. For example, she considers that realist cinema in French-colonised countries like Lebanon, and that from Soviet-influenced countries like Syria, have very different feels to them: two neighbouring countries producing films that fit within the same cinematic ideology yet with very different visual styles. 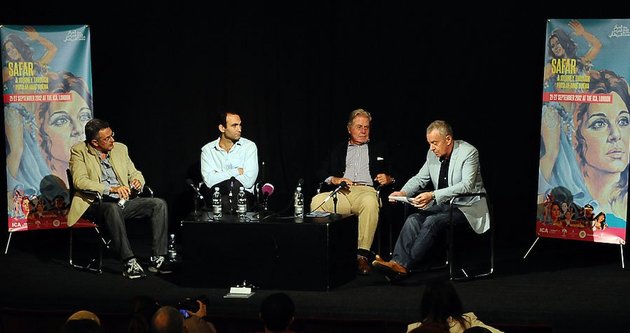 The next session brought together three UK-based film programmers: Mona Deeley, Founding Director of Zenith Foundation; Ali Jaafar, film producer and Programmer with the London Film Festival, and Jason Wood, Director of Programming for the Curzon Cinema Group. Omar Kholeif, curator of the Safar programme, chaired the panel. As programmers, one of their biggest hurdles involves finding original film prints, which are largely endangered, as well as dealing with distributors' costs. But when discussing new films, Wood noted what a box office failure Nadine Labaki's Where Do We Go Now? (2011) was for Curzon, pointing out the difficulty in marketing films from regions that are not that well represented in UK cinemas. Deeley discussed her own alternative ventures for increasing the longevity of films post-festival, among them the online shop Zenith Shop Online, in which DVD sales grant wider access to films, as well as her own project Cinema Badlilla on BBC Arabic, which broadcasts short films in their entirety. Jaafar however had a different outlook, recalling more generic definitions of the film industry, repeatedly mentioning the value of big star names and the focus towards ticket sales, which, he claimed, Arab cinema no longer possesses. He started his discussion on the panel commenting that the difference between popular films and festival films is the difference between good and bad films and that Arab cinema hasn't yet found 'that' film that has crossed boundaries. 'Who knew Korean cinema before Oldboy?' he asked. From the audience, Shafik chimed in to say that not all qualities of film are translatable, that defining good and bad can come across as paternalistic, and that these judgments should be justified. 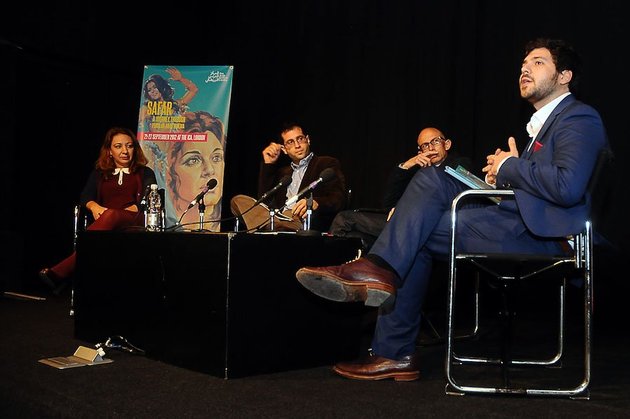 The final session brought industry workers to the stage. It was chaired by former Middle East Editor of The Guardian Brian Whitaker, and brought together Philippe Aractingi, whose film Bosta (2005) opened the programme, British-Egyptian actor Khalid Abdalla and the Egyptian screen legend Hussein Fahmy, a veritable icon who has starred in over 100 films. Their talk went over many of the obstacles faced by filmmakers in the Arab world, from the pains of film funding, the fact that 'banks and investors don't see celluloid as capital', according to Fahmy, to the limits of distribution. 'There are 980 cinema screens in the entire region for 360 million people', Abdalla pointed out, noting that it was the equivalent to the number of screens in a medium-sized country such as Poland.

But most relevant to today was the issue of censorship, and even worse, the retro-active punishment for films from as far back as the 1990s deemed immoral by Islamists – a big issue in Egypt today. 'We were always against censorship. We had to have approval, but we got around censors', Fahmy pointed out, reminding audiences that there was nudity in Egyptian cinema, and admitting that he himself was among these naked bodies. Aractingi, meanwhile, let the audience in on a secret: his film Under the Bombs (2007) was eventually made into two versions, the 'haram' version, complete with a sex scene for foreign screenings, and the 'halal' version without for regional screenings. 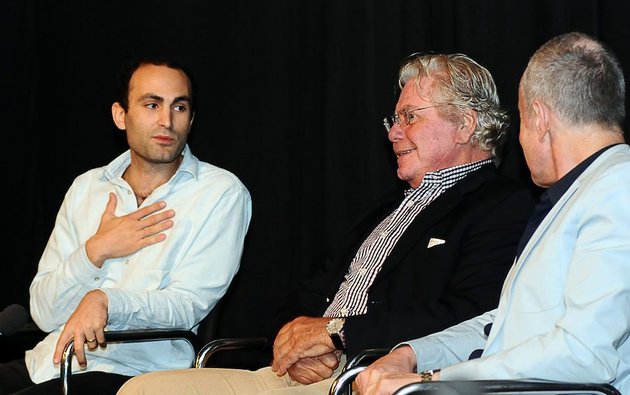 Most recently, however, are instances in which actors are accused of ridiculing Islam. Adel Imam, among the Arab world's favourite comedians, recently had the charge and conviction of blasphemy in a number of films including Terrorism and Kebab (1993) dropped. 'This is not an attack on one person, but on culture as a whole, and we are fighting the fundamentalists' attack on culture in Egypt', Fahmy declared.