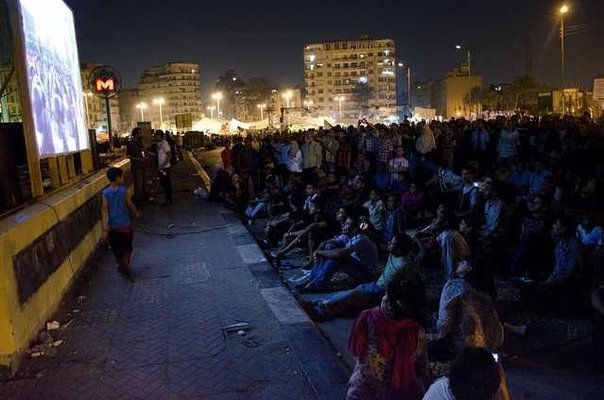 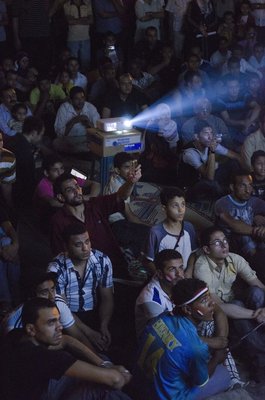 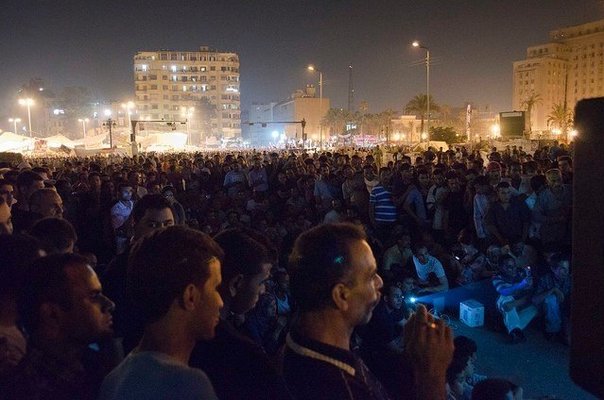 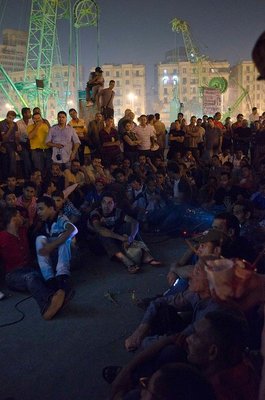 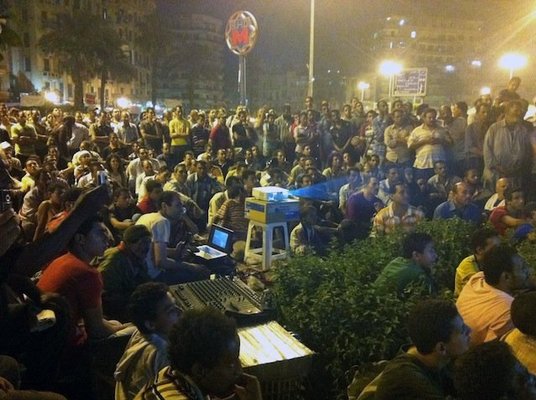 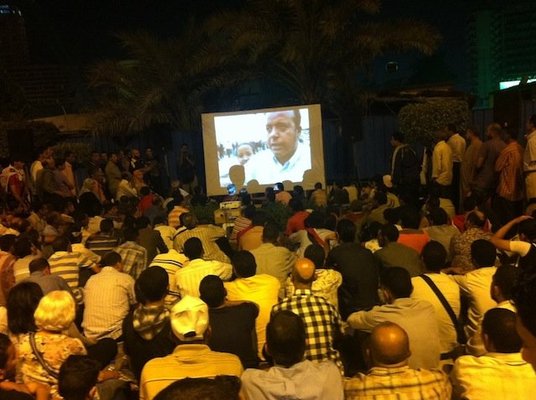 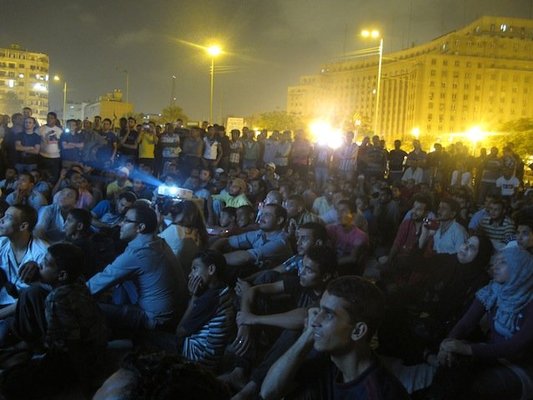 During the July sit-in in Tahrir Square in Cairo, the site of the revolution at the beginning of the year, a group of artists and filmmakers lit up a corner of the square with an open-source 'revolutionary' screen: Tahrir Cinema.

Every night, a filmmaker, journalist or activist presented a selection of visual material related to the Egyptian revolution, from raw footage to documentaries, from HD to mobile camera quality, from animation to youtube virals.

Although the Egyptian revolution has been called the 'Facebook revolution', the majority of Egyptians did not and still do not have access to the Internet and therefore have no access to news coverage other than through the Egyptian media. Tahrir Cinema attracted an audience made up of people influenced by the Egyptian media propaganda machine, people who participated in the first sit-in, which forced Egyptian President Hosni Mubarak to relinquish power in February 2011, people occupying the square, or simply people passing by.

Tahrir Cinema acted as a catalyst for distributing footage to as many people as possible who had no access to such material, to building a visual archive on the revolution and to reflect and share experiences on the political events that have taken place since the 25th of January.

Lara Baladi is an Egyptian-Lebanese artist who is internationally recognized for her multidisciplinary work. In her investigations into myths, archives, personal histories and socio-political narratives, Baladi makes use of a wide range of mediums including architecture, installations, collage, tapestry, perfume and sculpture.

Within her artistic practice, Baladi is active in socially engaged projects. In 2006, she founded the artist residency Fenenin el Rehal (Nomadic Artists) in Egypt's White Desert. During the 2011 Egyptian revolution and its aftermath, Baladi co-founded two media initiatives, Tahrir Cinema and Radio Tahrir.

She is on the Board of Directors of several institutions in the Middle East.

Previous response
|
Next response
Response
1
of 20