Demonstrations by Palestinian villagers against Israeli colonisation has been described by non-local media sources as 'theatrics' and 'spectacle.' Such categorisation positions Palestinian acts of protest in the realm of 'acting'- a visual 'show' for the cameras, complete with homemade props, a soundtrack of chants performed to the rhythm of Israeli ammunition being fired, resulting in a magnificent display of falling tear-gas that sets fire to the villagers' olive trees. Then there are the spectators that can choose how close they want to be to the action: the tickets are free but there is no insurance if you get hurt during the performance. 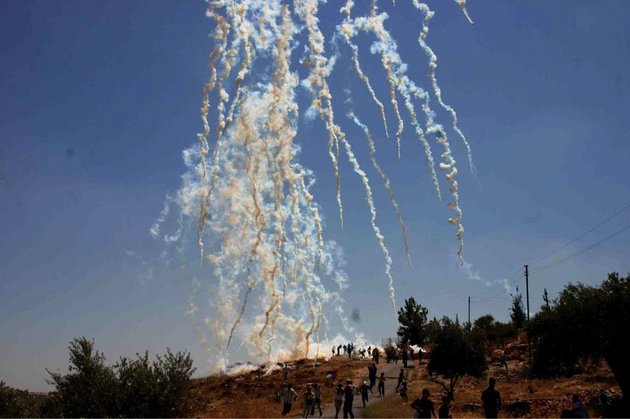 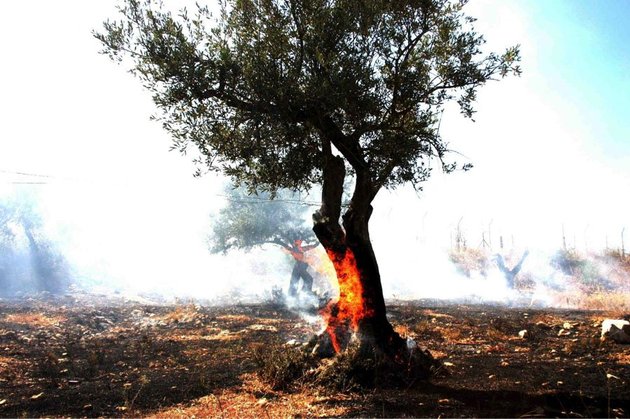 To name these actions as ritualised 'theatrics' and 'spectacle' diverts attention away from the act(s) of oppression that have caused the protest action and the deadly costs of staging a resistance campaign. Such a lens focuses in on the scene of action comparing it to an art piece that is to be visually consumed. And yet, the label is not confined to the realm of comparison (just like art) but enters into the reality of being (it is art).

Does the designation of anti-colonial protest as aestheticised spectacle serve to: transcend the realm of politics? (it is more art than political protest); situate art as inseparable from politics? (politics is staged in the same way art is); or demarcate the realm of the 'real'? (they are merely acting and it is not to be taken seriously). Whatever the intention, the designation produces a frame through which to read and shape Palestinian protest against the policies of Israeli settler-colonialism.

received her PhD from New York University in the Department of Middle Eastern and Islamic Studies in 2013. Her dissertation explores how theatrical practices in Palestine are directly connected to the ways politics are performed. She is a full-time instructor in the Department of English Literature at Birzeit University, Palestine.

Previous response
|
Next response
Response
4
of 13