In the Future they Ate from the Finest Porcelain

In this commission, Larissa Sansour and Soren Lind's rebel leader from their 2016 film In the Future they Ate from the Finest Porcelain has an extended consultation with her psychiatrist. They speak about myth, counter-myth and mythmaking in the context of nationhood – as the rebel leader or 'narrative terrorist' explains her attempts to counter the narrative advantage of the rulers of an unnamed state to establish a new narrative on behalf of her people. 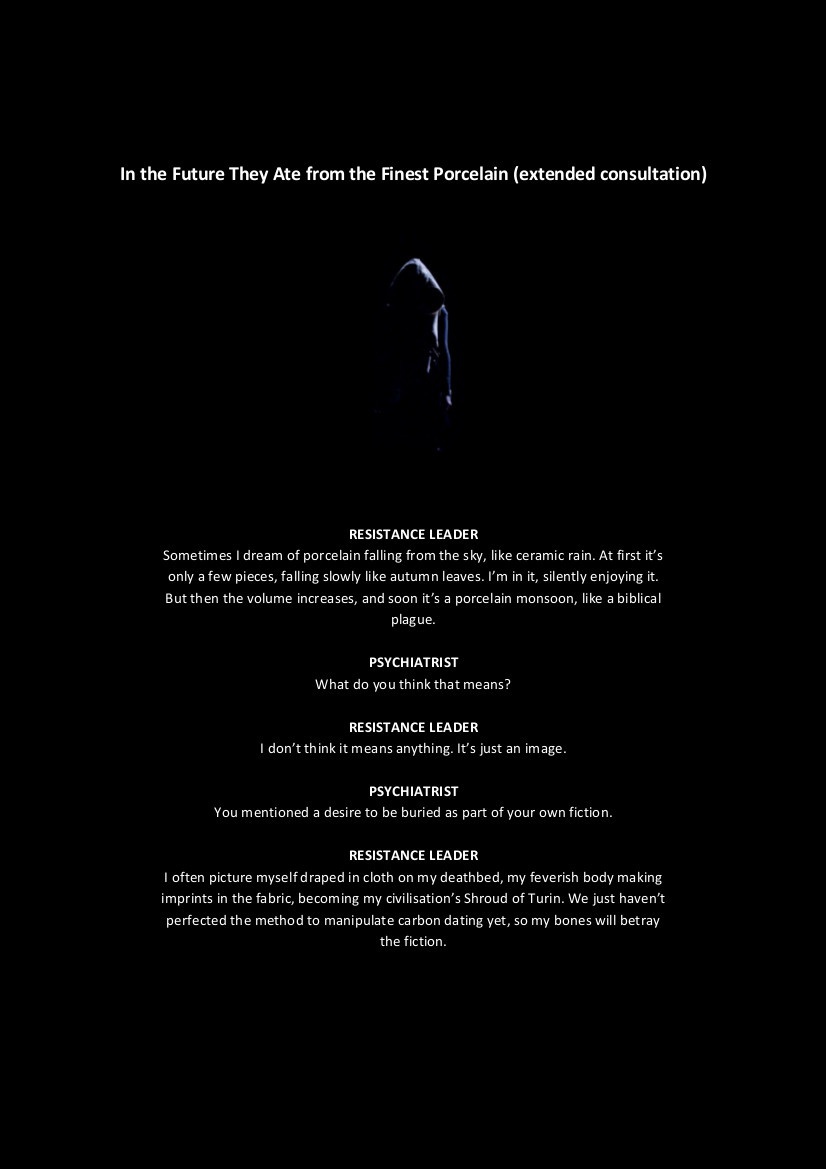 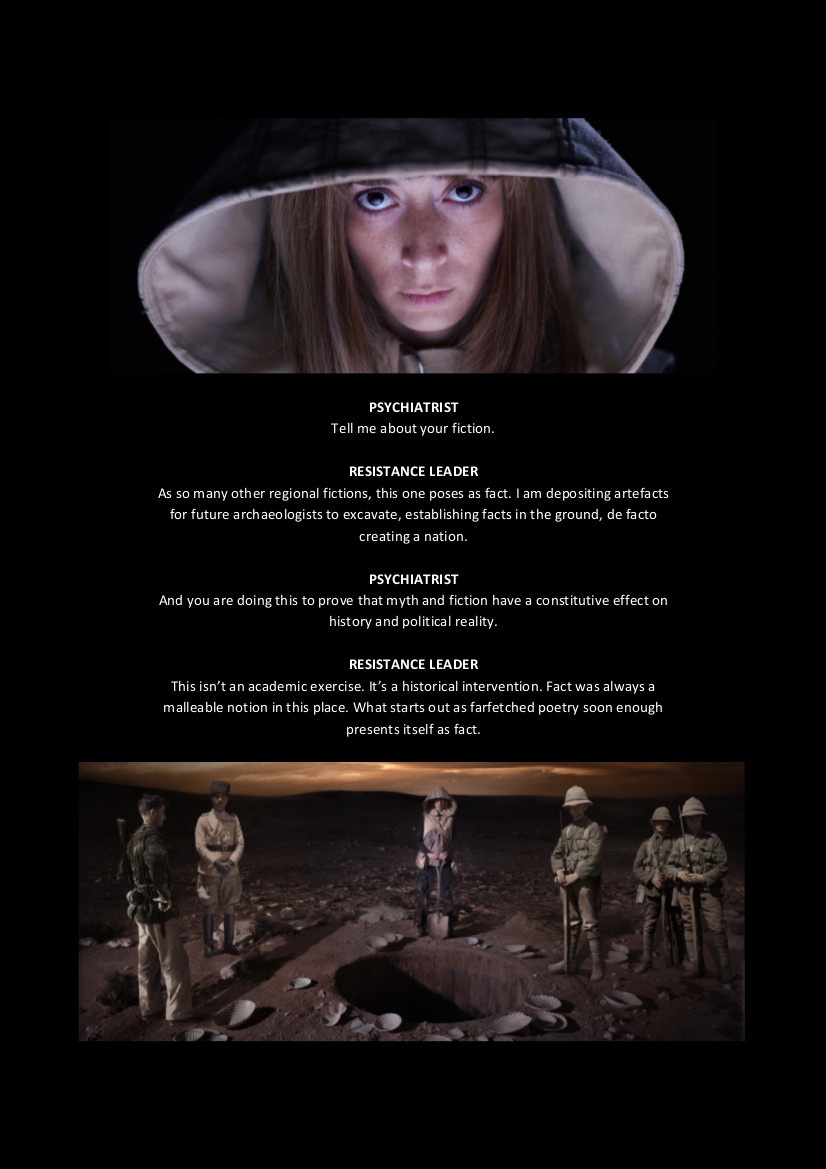 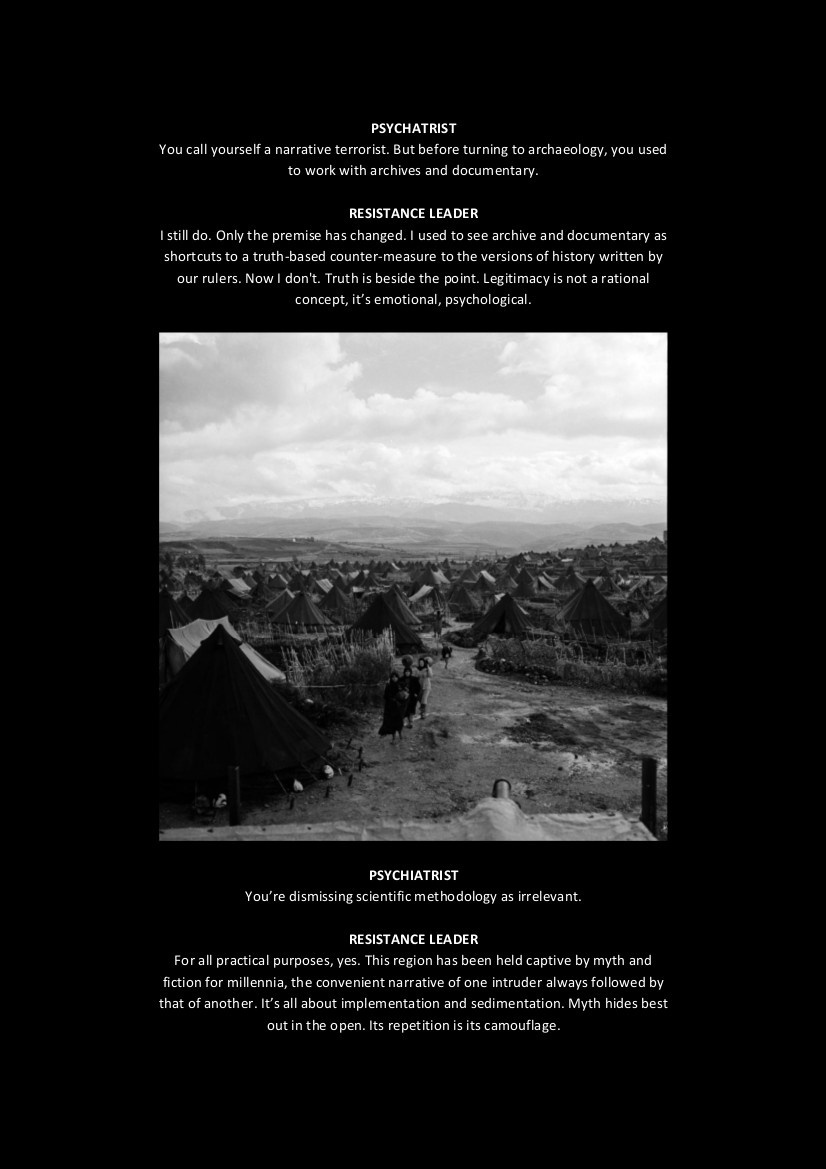 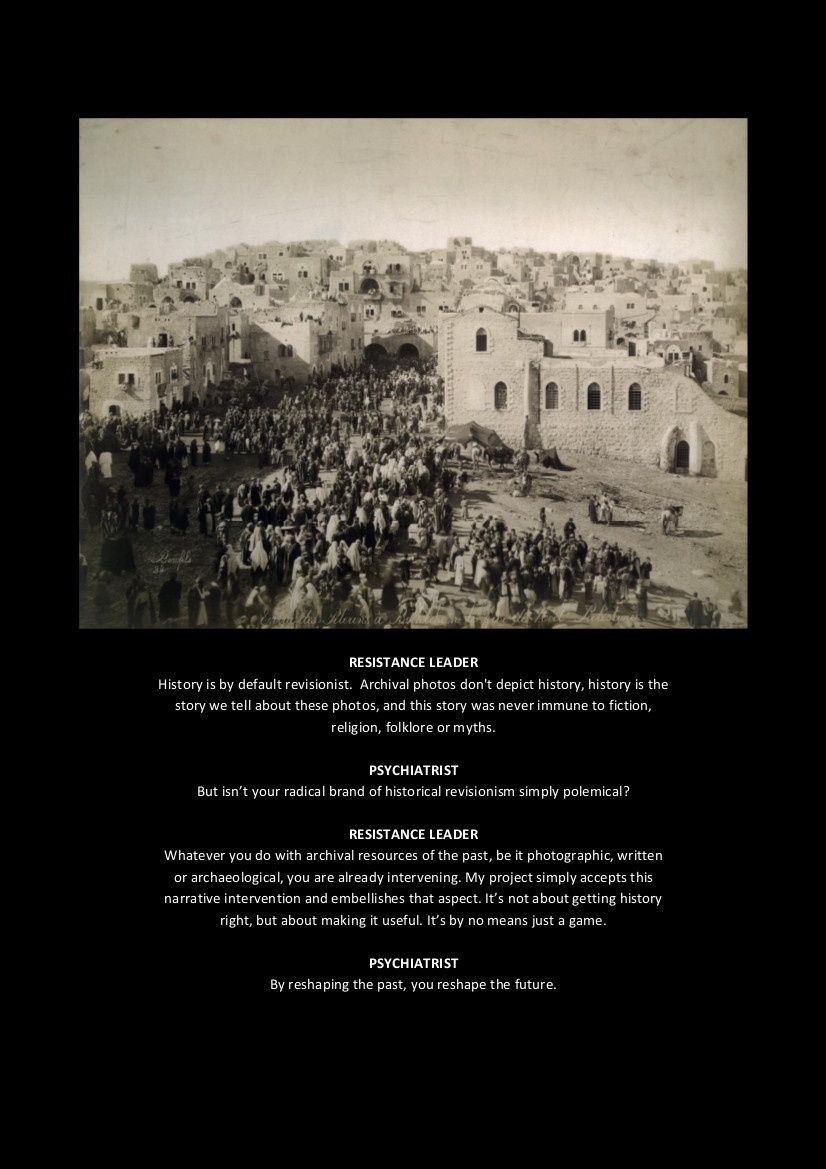 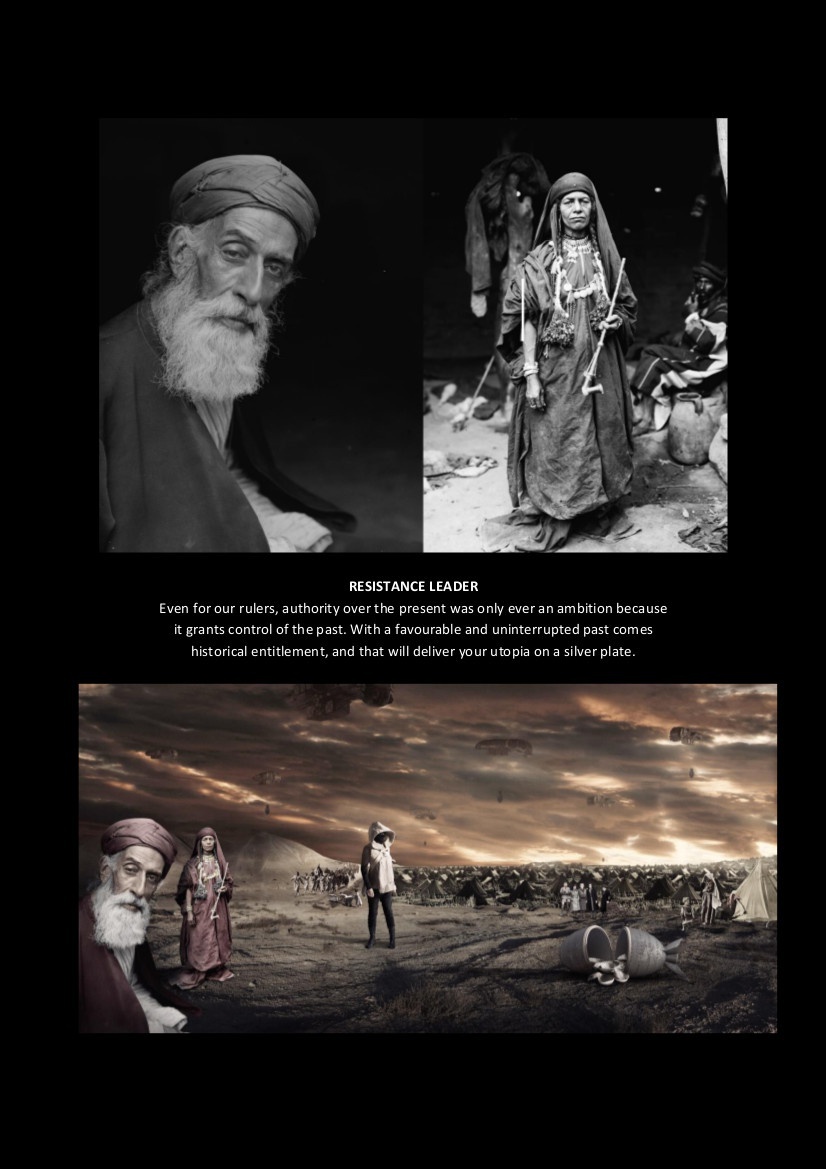 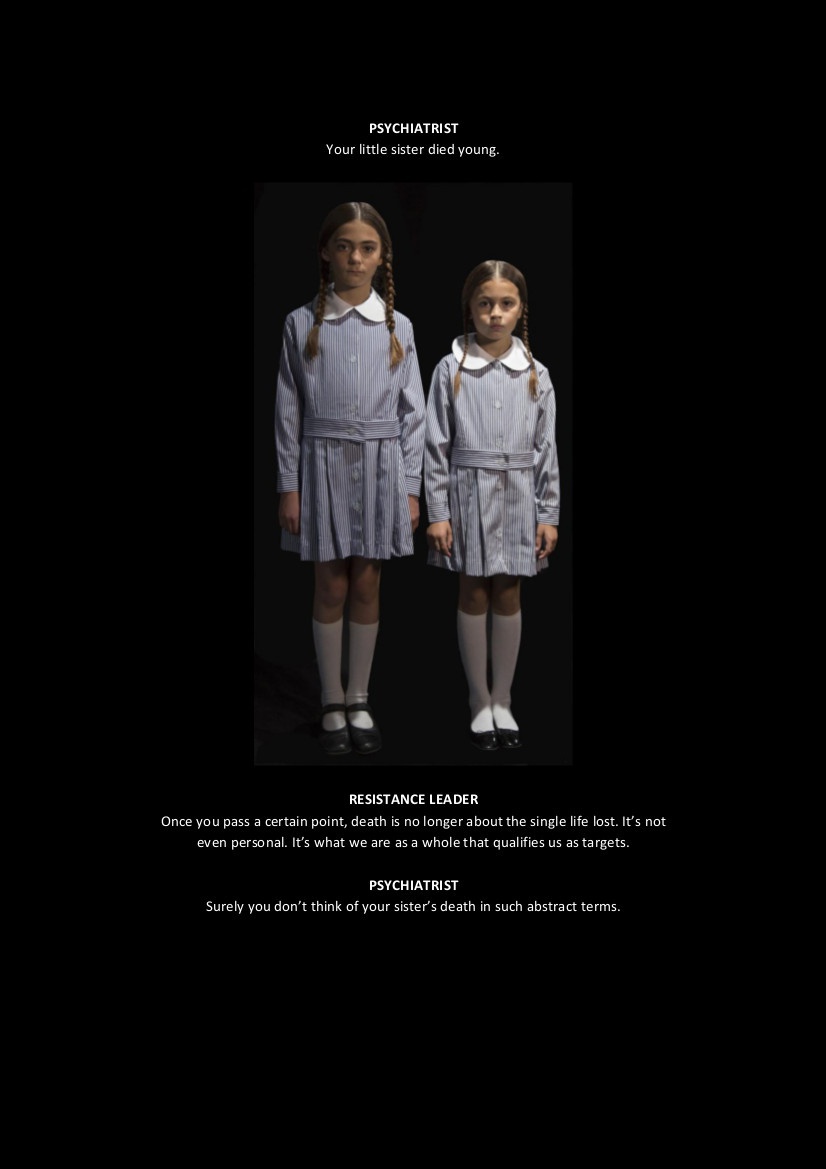 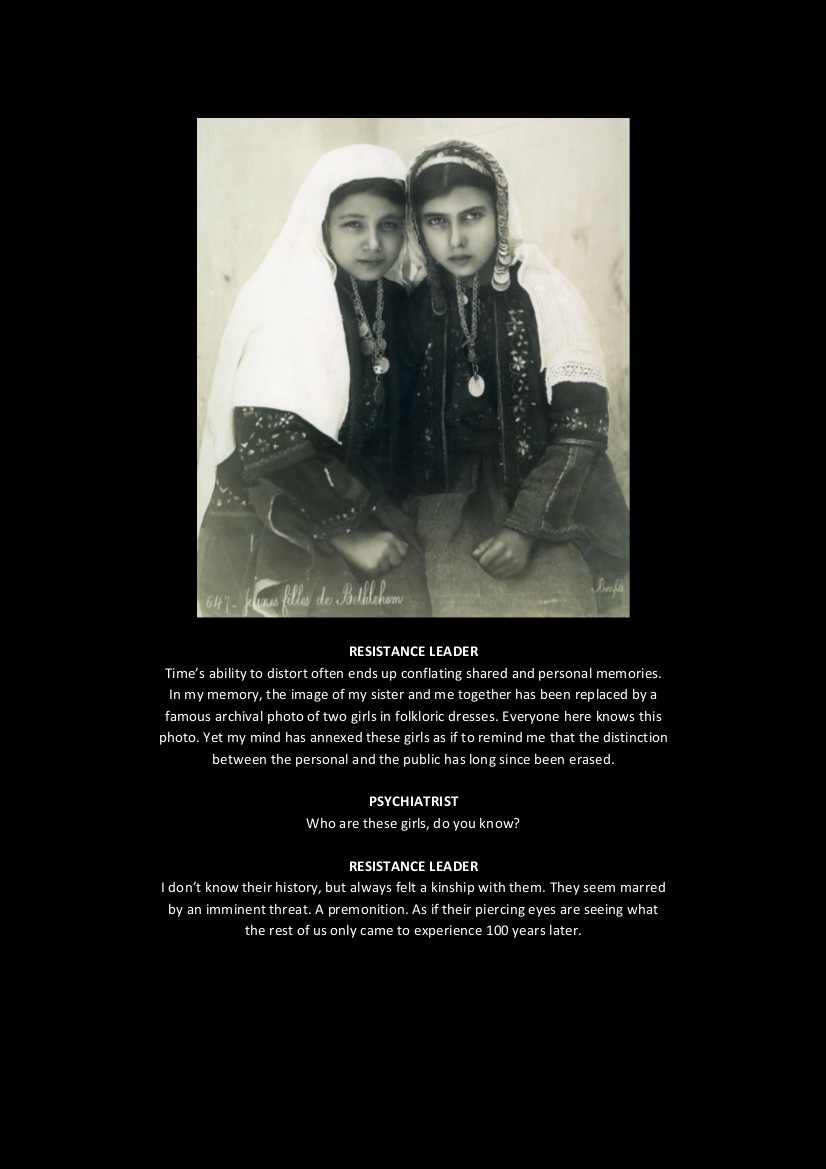 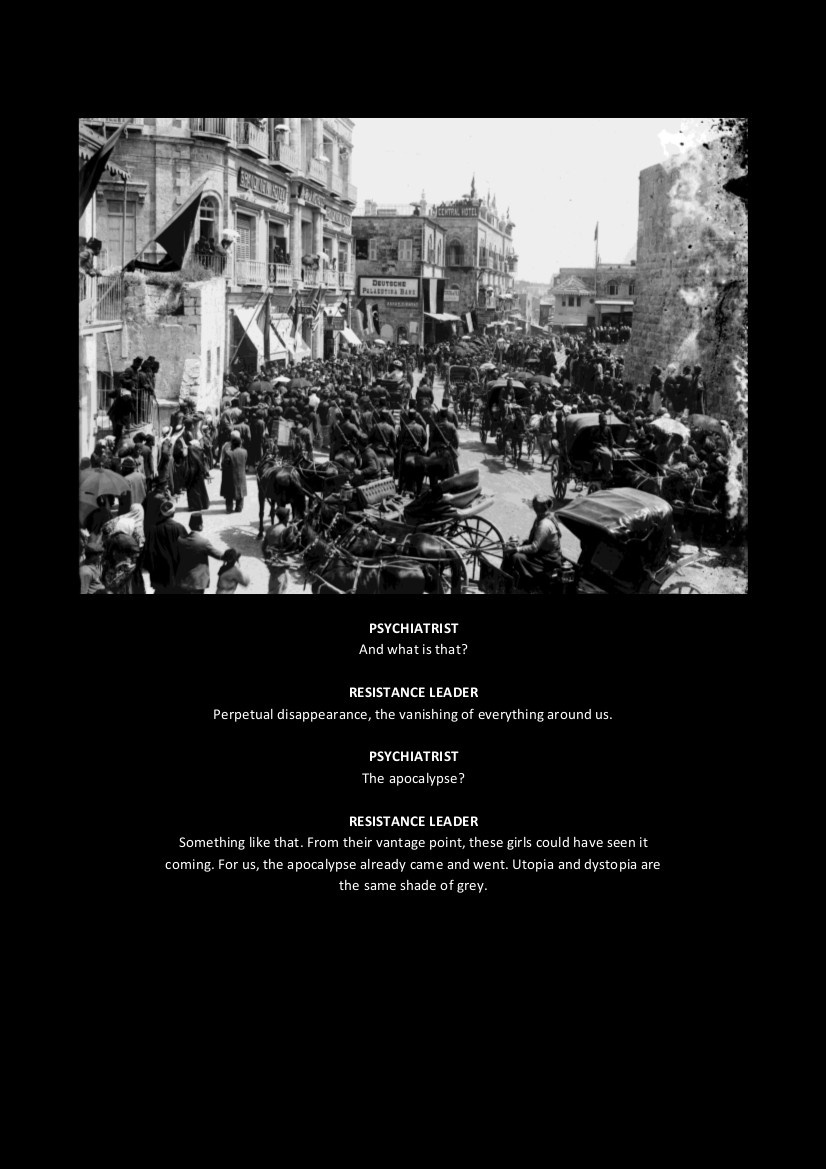 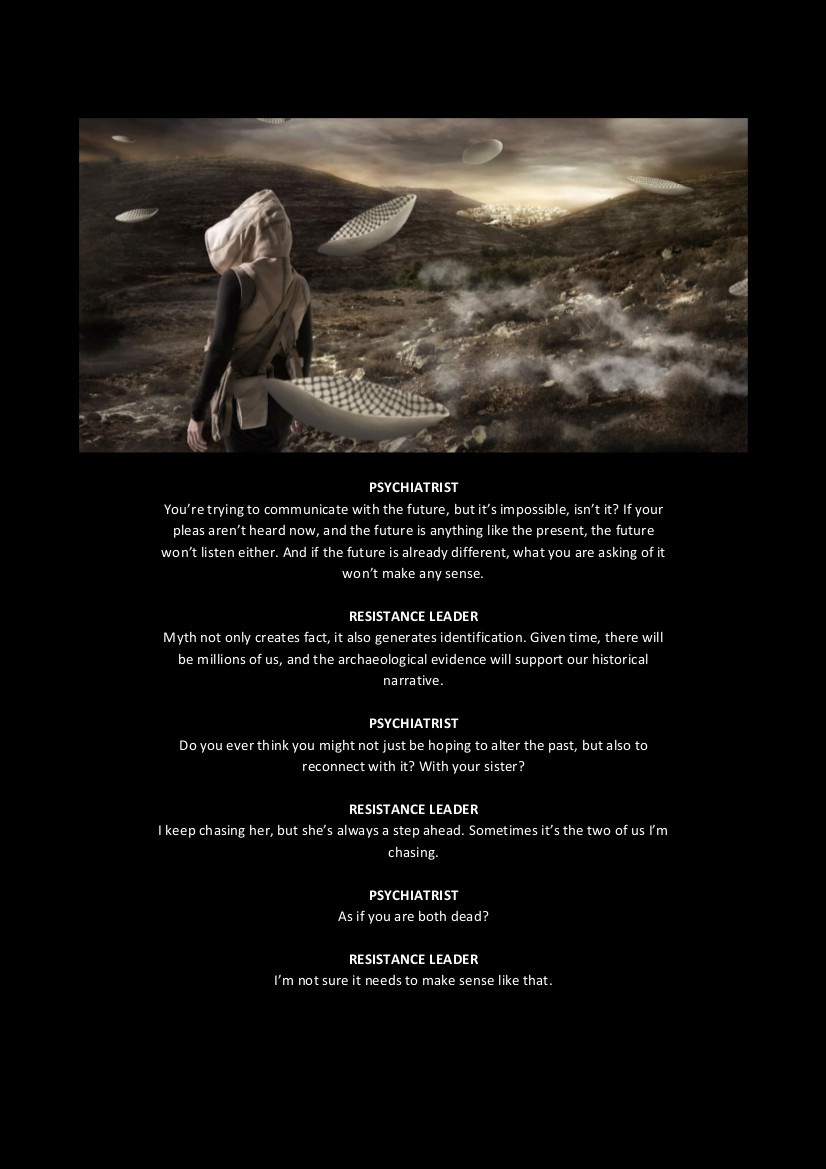 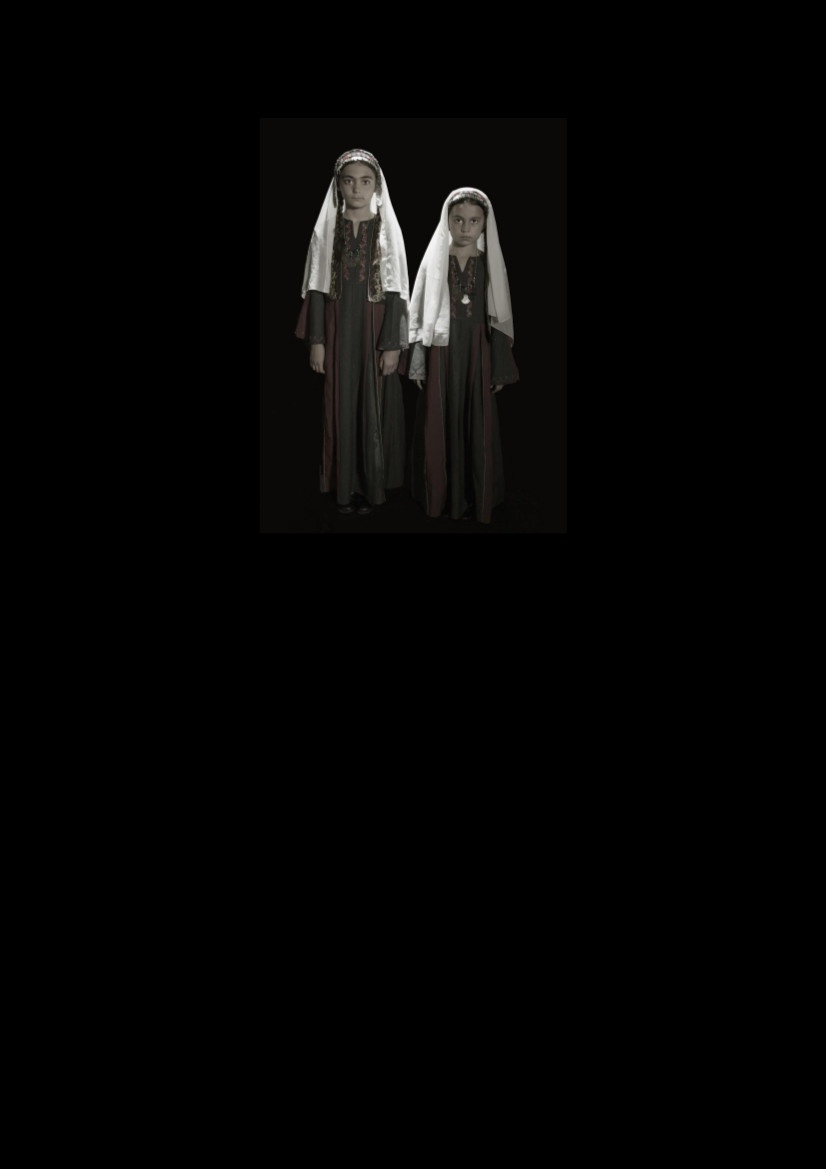 Sansour lives and works in London.

Soren Lind (b. 1970) is a Danish author. He writes children's books and literary fiction. With a background in philosophy, Lind wrote books on mind, language and understanding before turning to fiction. He has pusblished a novel and two collections of short stories as well as four children's books. In addition to his literary production, Lind is also a visual artist and writes short film scripts.

Lind lives and works in London.