A riverless river looming on the outskirts of Beirut, delimiting the morphing capital.

On a cyber stable Monday night in May 2015, a Skype discussion with the artist Vartan Avakian stems, about a possible commission of a long-lasting installation for our not-yet established NGO, TandemWorks, revolving around a strategy by the young Beirut-based architecture firm theOtherDada, aspiring to rehabilitate Nahr Beirut (Beirut River). 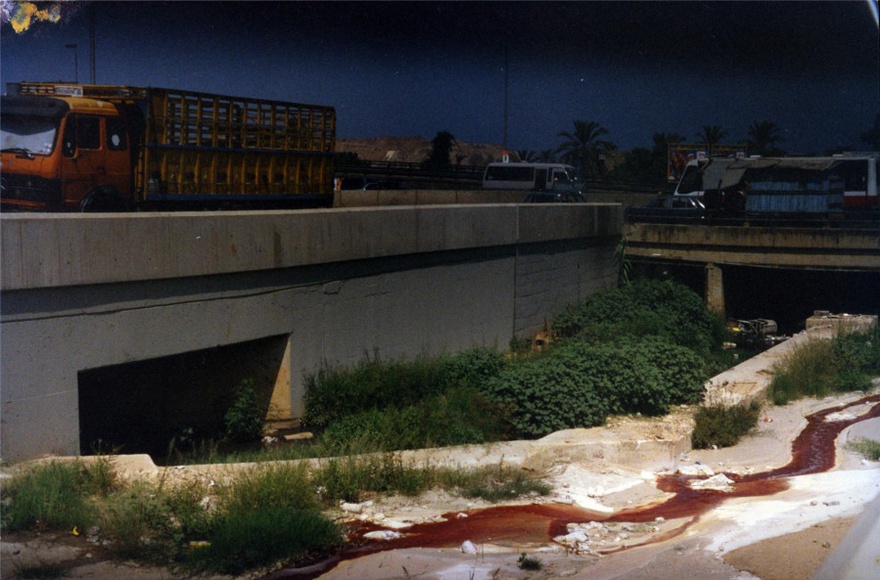 Jessika Khazrik, photomontage for her article Beirut’s Theatre Slides Into an Island of Trash, commissioned by TandemWorks for the publication Hammoud Badawi, November 2015.
Courtesy Tandemworks

So far, it is a scenario of question marks with neither rooted foundations, funding, or space, but a morally responsible and ambitious project is on the table.

March 2016, nine months into a trash crisis that is taking over Lebanon, funding in hand, artist ready, we're still figuring out how to bypass laws, dropping the idea of officially registering TandemWorks and planning for guerrilla alternatives for Avakian's intervention.

The gist was to channel live sounds from a river that ceased to be a nourished and nourishing one since it was boxed in concrete through radio waves and sound emitters scattered in a neighbourhood that turned its back to it, at the exception of the frequent instances where it is employed as storage, dump, vivarium or other random uses. 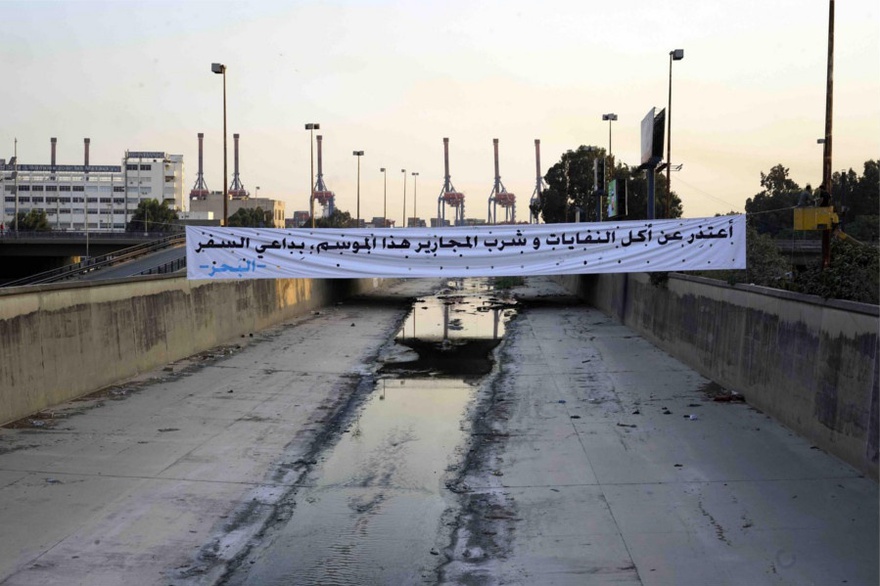 What reminiscence can be echoed in a space that had lost function and form? In a community gathering, teenagers debated the original existence of the river, sparking a heated and imaginative exchange about the prospects of multiple temporary uses of the emptied canal. 'Vardavar!' (an ancient festival associated with Astghik, the goddess of water, love and fertility) shouted an elderly woman, 'we are made of water, water made this place, should we forget this too?!'

The river still whispers in winter days in the form of a humble stream of muddy water, as a ghostly occurrence creeping in the environs.

Encouraged by the resilience of this puny watercourse and resisting the easy postmodern intellectual pessimism, a call to action became more evident and pressing; as Henri Lefebvre notes 'No space disappears completely or is utterly abolished. Something always survives or endures…'.

Still, how can art that speaks of political contentions and social problems create spaces of engagement in contexts saturated and overwhelmed by the same? And what is place-making and permanence in a haphazard city, with rapid transformations and aspirations for a megapolis with no capacity to identify itself? 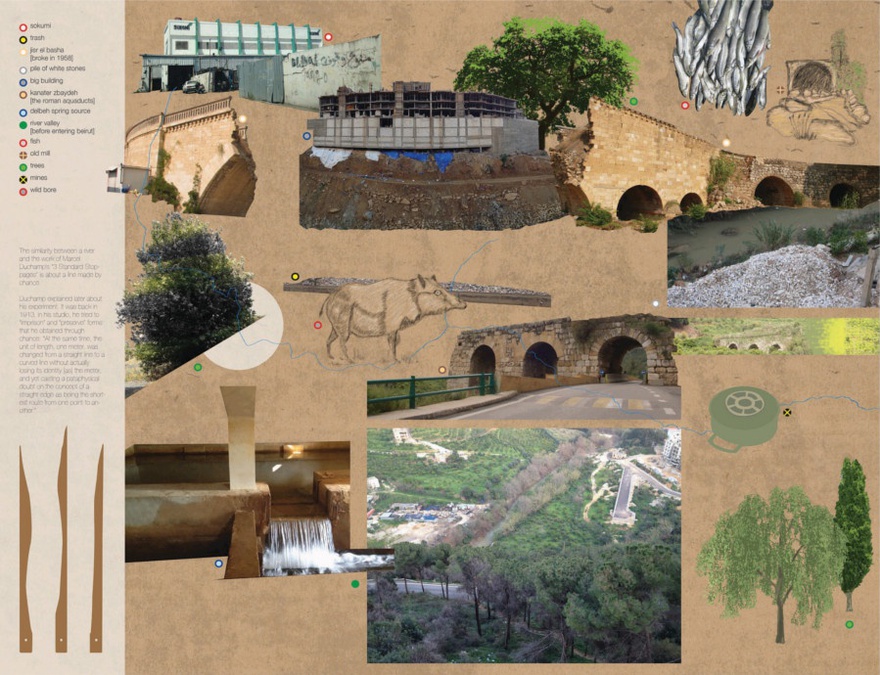 TandemWorks (TW) is a non-profit initiative that encourages change in social, cultural and environmental issues with arts interventions in the public realm. Based in Beirut, TW combines cross-disciplinary practices and collaborates with local and international institutions, civic societies and the private and public sector in unconventional and imaginative ways. Our interventions are artist-led and community driven; they are built on civic engagement as well as interdisciplinary collaborations in the public realm. TW is founded by Alia and Mayssa Fattouh and is independent of political affiliation.

Alia Fattouh is Co-Founder and Director of TandemWorks. She previously served as Director at Lombard Freid Gallery in New York. During her tenure there, she worked closely with international artists who champion social practice and engage in critical discourse and introduced a number of artists such as Huguette Caland, Haig Aivazian and Kemang Wa Lehulere, and spearheaded initiatives with the West Asian market, introducing new clients and participating in Art Dubai. Before moving to New York, Alia was Education Manager at Canvas, Dubai, a publication dedicated to art and culture from West Asia, where she developed art classes for collectors across the Gulf. Alia received her BA from the American University in Beirut in Political Studies and holds a Masters degree from Institut d'Etudes Politiques, Science Po Paris in Conflict Resolution and Development.

Mayssa Fattouh is Co-Founder and Artistic Director of TandemWorks. Throughout her career Mayssa forged a reputation as a fervent supporter of independently run spaces. She has spearheaded numerous formal and informal art platforms and is responsible for further developing spaces such as Katara Art Center in Doha, where she served as Artistic Director and Curator and Al Riwaq Gallery in Manama, where she was Curatorial and Program Manager. She is currently based in Doha and collaborates on independent initiatives as well as with institutions such as Mathaf. In her capacity as exhibition maker, speaker and writer Mayssa has contributed to several group and solo exhibitions including Sadik Alfraji at the Beirut Exhibition Center (2013), Beyond the Roadblocks by NeMe in Cyprus (2012); and participated in international roundtables and programs such as Stroom Den Haag (2015) and Tate Modern's Young Curators Program (2009), FreeDimensional Wasan retreat (2009). She was nominator Abraaj Art Prize and Jameel Prize, guest speaker and moderator in places such as the Museum of Islamic Art, UCL, VCUQ, CiMAM conference, the Vienna Art Fair and has contributed to publications such as Fillip Magazine, Universes-in-Universe and Art Territories. Mayssa holds a BFA in Fine Arts from the Lebanese University.