Notes on a film by Kamal Aljafari

What do we go to see when we say we are going to the cinema (or to bed carrying a laptop) to see the film Recollection (2016) by Kamal Aljafari? Rephrasing Christian Metz's question here is key for unraveling the complexities and challenges the film Recollection poses – both in its form and content, and more radically than any previous film by Aljafari – to the act of viewing. The film, at the centre of which is the city of Yafa or Jaffa, emanates from a terrain that, at the outset, is reined by loss, constraints, impossibilities, and inaccessibilities, which will soon be transformed through an extraordinary cinematic endeavour, into a creative force. 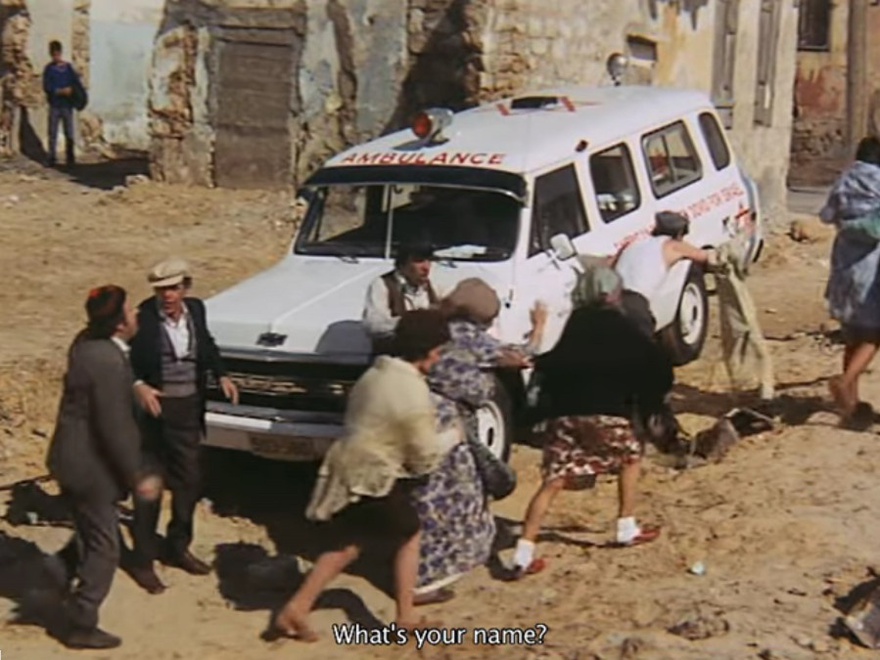 The significance of the city of Yafa depends on one's location in time and space in relation to it. For Palestinians forced to leave it and its surroundings for other cities and sometimes countries in the course of the Nakba of 1948, Yafa is the ultimate economic and cultural centre of Palestine, with its commerce, its port activities, and its artists hosted at cultural venues stretching across the Mediterranean. For Palestinians currently living in it or its surroundings, or able to access it regularly, it conveys the ultimate degradation of Palestine's culture, economy and social fabric in the aftermath of the creation of the state of Israel, whereby it was turned over the few past decades into a worthless slum. At the same time, today it may serve, for some Israelis, as a picturesque place for a Saturday afternoon walk, or even for a film set. The latter significance emerges in Recollection as a main thread Aljafari extracts in his attempt at recovering a history of a city turned invisible.

Like a visual micro-historian, if such a profession can be envisioned, Aljafari steps into the field of Israeli cinema, and even of some Hollywood films centering on 'Arab terrorism' themes, for which the city was used as a filmset from the 1950s through to the 1980s. While Hollywood found in Yafa a 'safe' filming location compared to war-torn Arab cities such as Beirut, for example, for several Israeli filmmakers, the city, with its decades old buildings rather than the newly built Zionist housing projects, was needed as a supporting background for the Zionist narrative of a dominant Jewish life in Palestine that had existed there for time immemorial.

In all these films, Aljafari searches for what could be called 'unintentional evidence', revealing the shifting urban landscape of Yafa and its inhabitants, of which hardly any clues can be found elsewhere. 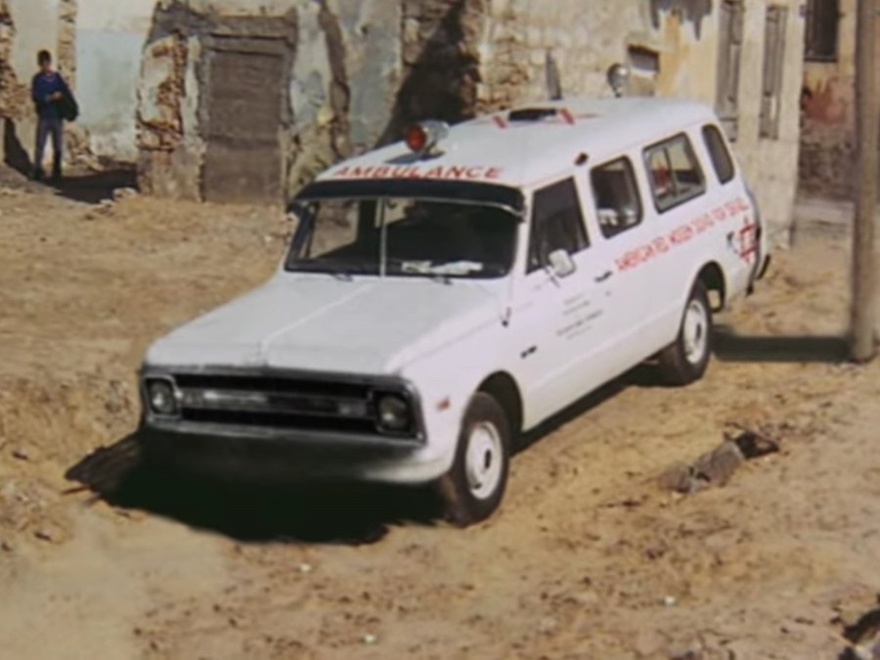 Throughout his historical investigations, but especially over the last couple of years, historian Carlo Ginzburg has been arguing in favor of 'unintentional evidence,' as a means to reconstruct parts of history. Ginzburg himself borrows the term from historian Marc Bloch. In The Historian's Craft (1953), Bloch calls, for instance, for reading chronicles and memoirs also against the intentions of those who produced them; a gesture he considered as a victory of intelligence over mere facts. Taking a step further, Ginzburg accordingly urges us to approach evidence in fiction where it is often overlooked, despite being in plain sight. And for this task, he suggests the historian turn into a detective that tries to read something that the evidence was never created to convey. Here, fiction could provide, for example, a clearer picture of the world and its histories, through the reflections of authors who lived or live through it, than sources that pretend to be scientific and objective. This is why Ginzburg can claim that fictive sources are by no means false.[1]

At the same time as Ginzburg formulated the above arguments, Aljafari found himself in the midst of a similar process, extracting, like a detective, what Israeli and Hollywood movies were never created to convey: the transformation that befell the city of Yafa and its Palestinian population, as it is pushed to the margins of life in the aftermath of the 1948 Nakba.

And it is only through these fictive sources that Aljafari could have done that. In fact, accessing an archive that may serve as a scientific and objective source of information, whereby one can identify shifts in the city and the space it offers for its residents, is impossible. Archives and their maintenance is an instrument of power, and so is cinema and its affiliated industry. There could be hardly any means available for Palestinians during the post-Nakba period, almost until now, to film the city. 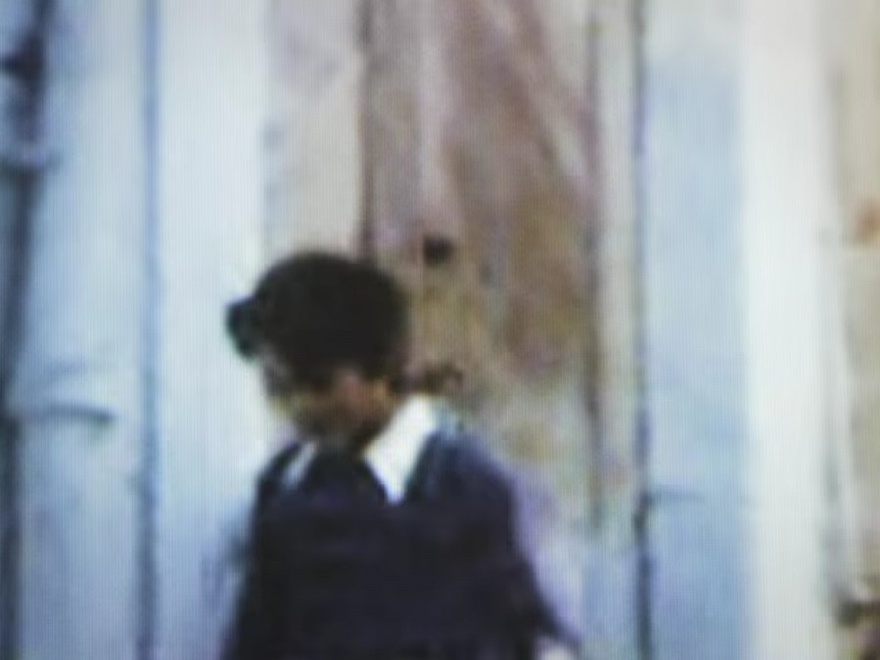 Under such circumstances, Aljafari's micro-historical cinematic methodology emerges, simple and straight-forward. By deleting the intended fictional characters in those films he returns, and hence their constructed narratives, Aljafari manages to uncover beneath them the city and the unintended real-life characters that had been filmed unintentionally in those movies, as they happened to walk in their city's street in the background of scenes, or pop out of one of its building windows.

In doing so, Aljafari deletes the fictional elements introduced by the Israeli films he processes, to unearth the documentary that they tried to deny by writing their own fictional narrative over it. In fact, the existence of such concurrent cinematic compositions was symbolically identified by Jean-Luc Godard more than a decade ago in his film Notre musique (2004). There, Godard, speaking before a group of students, suggests that following 1948, the Jews, or Israelis became the stuff of fiction, whereas the Palestinians became a documentary.

In the case of Recollection, it might be said that the film reveals the documentary side of fiction. Subsequently, by extracting the fictional part from them, and abandoning the intended evidence in favor of the unintended one, Aljafari also creates a fiction film based on archival material that is no less scientific or objective than any other visual materials that can be found in state-run or state-funded archives. It is a fiction film that is an outcome of the ghostly effects of such deletion, and the unintentional protagonists that then emerge.

At the same time, focusing on those unintentional protagonists also highlights the fact that in reality, their presence was pushed to the margins; the margins of the frame and the margins of life, where they exist almost invisibly. Aljafari does not simply come and push them back to the centre of the frame in order to render them visible, but simply reveals this enforced invisibility by removing the forced visibility of the centre, including its power and ideological narrative. As such, the film generates a shift in the viewing experience it offers, compared with mainstream films.

For instance, the protagonist, being unintentionally visible in the film, enforces the possibility of them being present in real life. With such unintentional protagonists, it is more probable we come cross them, rather on the screen of mainstream films depicting Yafa, in the streets of Yafa, or even in the cinema itself, watching such films with us, a few seats away. Aljafari himself spots his uncle passing by the frame in one of those films, then the car of his grandfather's neighbour; the old barber, an acquaintance of the family and his wife among others; even a building in which he made love for the first time, in the staircase.

Now, does spotting these unintentional protagonists fall within the field of voyeurism, with some of them engaging themselves into voyeurism? We see some of them discreetly peeping into the film set from the corner of a house, or from a window, without any of the fictional characters noticing them. In this sense, they are just like us, the viewers, who are going to see this film, but with the difference that they see it from inside the frame and not outside it as we do. Moreover, while we remain invisible, they are turned visible, making them the sole subject of our voyeuristic gaze, now that the fictional characters have been deleted. 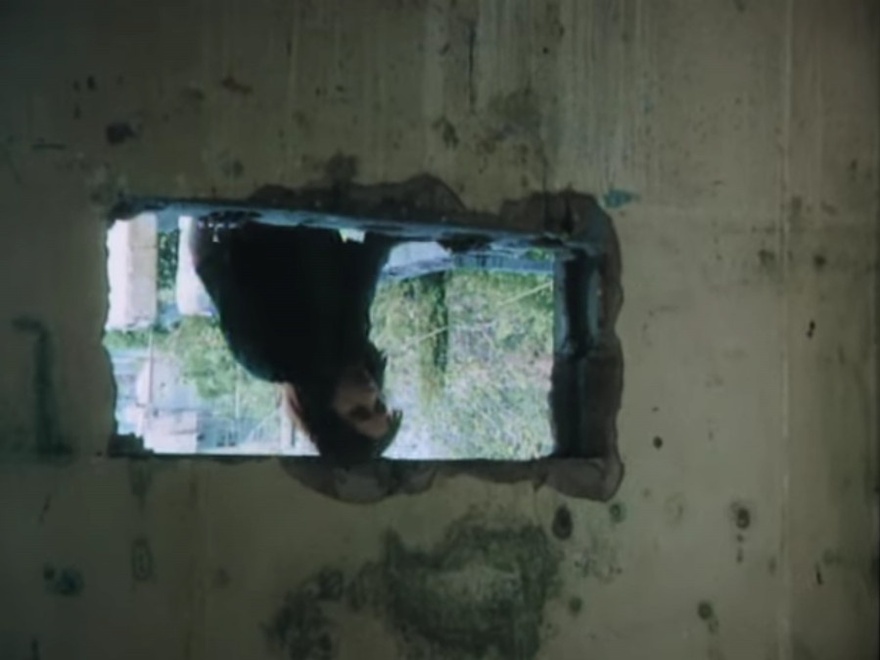 Voyeurism, to a great extent, as Laura Mulvey writes in her seminal essay 'Visual Pleasure and Narrative Cinema' (1975), is one of the main pleasures derived from cinema. Mulvey identifies two types of fictional protagonists in mainstream cinema: the powerful desiring male who is the holder of the gaze, and the powerless desired female who is subjected to the male's gaze, both inside and outside the film. Within such frame, voyeuristic pleasure remains within the field of the sexual.

Recollection however, as it extracts the documentary from the fictional, and turns the secondary unintentional characters into the main ones, it also challenges the male-female paradigm common to mainstream cinema, and the common perceptions around voyeurism derived from such a paradigm. In place of sexual pleasure, it relates voyeurism to other elements by channelling it towards the historical, political, social, and cultural.

This is what we will probably see when we say we are going to see Recollection: a remarkable cinematic endeavour; a subversive cinematic act that reaches to the cinematic form and content, and the conditions pertinent to film viewing, but also making. It makes the latter more available for those with little means, be they visual archives or lengthy filming processes. And because it does all of that, persistently but subtly, it is not an easy task to go see it, not because it is a difficult film, but because it challenges to the core many interiorised ideas about film viewing and the pleasures related to cinema, which have been forced on us as viewers by mainstream cinema.

Seeing Recollection, in brief, will gradually dismantle such ideas, something which is not easy to undergo.Therefore one should not say, before going to see the film, 'hope you enjoy it', but, 'hope you will survive it'. But once you do, watching films will never be the same again.

A project by Jumana Manna and Sille Storihle