This year's Birds Eye View Festival  (3rd - 10th April, with a special preview event for International Women's Week on 8th March) brought us a series of features, documentaries, short films, panel discussions and director Q&As, as well as silent films with commissioned live scores. Under the subtitle 'Celebrating Arab Women Filmmakers', the 2013 incarnation sought to highlight the recent work of women from the Arab world; from directors to writers, artists, producers, actors and musicians and the various contributions they have made to cinema.

The organisers of Birds Eye View cite a number of reasons for the festival's inaugural, region-specific focus. Firstly, for the past two years at both Doha's Tribeca Film Festival and Dubai's International Film Festivals the best documentary and feature (respectively) were awarded to women. Similarly, other Middle Eastern and North African film festivals including those in Algeria and Beirut have in recent years been the setting for strong female directorial focus. This emergence of female Arab filmmakers, taking pride of place in film festivals across North Africa and the Middle East, combined with global interest in work that comes out of, and may reflect upon, the uprisings in the region since 2011 seem to be the main motivations for a festival dedicated to these filmmakers. But aside from these two facts – of introducing to a London audience what appears to be well-received in the MENA region and of tapping into a socio-political moment – what does it mean to focus on Arab women? How are we to understand this within the broader history, and future, of the festival? Does it signify a new way of targeting cinemas and audiences? What does it mean to jump on the current affairs bandwagon, only to adopt an international focus for subsequent editions? And does the representation of Arab women here go towards undoing stereotypes or reinforcing them? It is through the work of the filmmakers, and their framing within the festival that I intend to unpick these somewhat thorny questions. 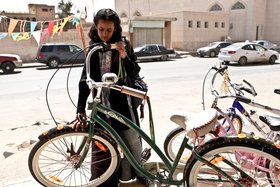 A month before the festival proper, the BFI Southbank held a special screening of Haifaa Al Mansour's Wadjda (2012). Filmed entirely in Saudi Arabia, reportedly the first feature film to do so, it tells the story of a young girl who desperately wants a bicycle. It is a poignant and playful portrait of a mother-daughter relationship, with each facing their own personal challenges. The mother has a husband that seeks to remarry and the daughter grapples with a society that seeks to dictate her expected behaviour as a young woman. For Al Mansour, it was important to capture a sense of the co-existence of liberal and conservative voices in her native Saudi Arabia. Contrary to public opinion, this was her experience of life in the Arabian Peninsula, and an element of autobiography is seen in the parallels between Wadjda, a confident and resourceful character who is encouraged to flourish by her mother, and Al Mansour, whose parents supported her in what locally would have be deemed an unusual career choice for a woman.  And while empowering women in Saudi Arabia is seen by many as a threat to Saudi culture and values, Al Mansour asserts that she respects the conservative nation noting that her ambition was for her film be seen in Saudi Arabia, and not just by an international audience. 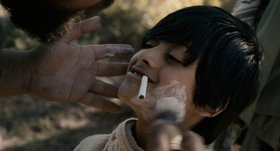 Annemarie Jacir, When I Saw You, 2012, film still. Courtesy of Match Factory.

The official opening film of the festival proper was When I Saw You (2012), a picture directed by Annemarie Jacir (sister of visual artist Emily Jacir), who is noted as Palestine's first female feature director. Set in Jordan near the border with Palestine in 1967, When I Saw You follows the eleven-year-old Tarek through his experiences of a Palestinian refugee camp – it is one that consists mostly of boredom and frustration. The conflict that has displaced Tarek and his mother Ghaydaa, also separated them from his father, whose arrival they hopefully await. Soon enough, Tarek learns that he too could be trapped in the camp for 20 years or more, like the first wave of refugees who arrived in 1948 (during the first Israeli take over). It is his friendship with a member of the Fedayeen that leads him on a journey out of the camp and closer to the realities of the struggle against the Israeli occupation. Susan Youssef's film Habibi (Darling, Something's Wrong With Your Head) (2011) is set in contemporary Palestine, in Gaza on the eastern coast of the Mediterranean. It is a romance based on a Sufi poem; a 'Romeo and Juliet' love story of sorts. Here, the star-crossed lovers are Quays and Layla, but despite their impassioned love for each other, Quays proves to be an unsuitable suitor. Gaza, portrayed as a place of lush neighbourhoods, refugee camps and bombed out ruins beset by constant gunfire and shelling from the Israeli military, becomes a potent character in the film, tragically shaping the fortunes of both Quays and Layla.

In the Shadow of a Man (2011), British-Egyptian Hanan Abdalla's directorial debut is a documentary that follows four women, from different strata of Egyptian society after the first uprisings that ousted president-for-life Hosni Mubarak in 2011. It is an intimate portrayal and insight into the lives of Wafaa (a hilarious and sharp-witted matriarch who has travelled the world), Suzanne (an ambitious bachelorette who has been engaged 6 times), Badreya (a resolute mother and housewife who married at 14 and lives in Upper Egypt) and Shahinda (a determined and prolific Farmers' Union activist and widow). Their diverse experiences are brought together to paint a disparate portrait of what it is to be a woman in Egypt. This is not a moralistic tale, but an even-handed approach that celebrates the important roles of the female in Egyptian society, and the ongoing revolution. 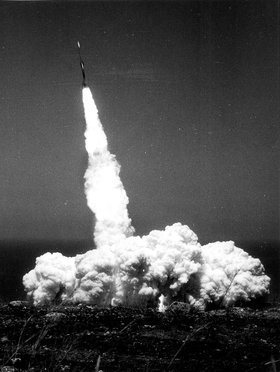 The Lebanese Rocket Society (2012), a documentary and contemporary art project directed by Joana Hadjithomas and Khalil Joreige, takes the almost mythological existence of a Lebanese space programme, the title of film, as its focus. Retracing the lost history of the project, they find its roots in 1961 at a time when space programmes dominated Cold War agendas and evidenced a general utopian spirit of technology and progress. A professor at the young Haigazian University – set up by the Armenian community in Lebanon – had a passion for rockets and assembled a society that would make and launch their own, for the purposes of space study and exploration. What began as miniature rocket launches soon gathered pace, sophistication and national attention. So much so that the Lebanese Military eventually took over the society's research in the mid sixties. The documentary successfully captures the utopian mood of the period that was linked with revolutionary ideas, as well as the rise of Pan-Arabism. Yet the Arab defeat by Israel's armies in 1967 spelled the end of this era of hope, and the Lebanese Rocket Society and its history for a time seemed to be all but forgotten. Extensive research, interviews and calls for information from the public provided the filmmakers with a wealth of material that not only changed the course of the planned documentary, but raised the question of why it had so completely dropped out of the nation's consciousness. 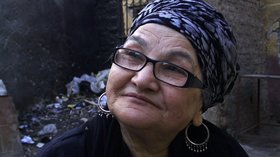 Hanan Abdalla, In The Shadow of a Man, 2011, film still. Courtesy of the director.

This selection of films, covering tales of loss, love, discovery and everyday life, heroic struggles and mundane routines, form a multifarious portrait of not only women's experiences of the Middle East and North Africa, but of entire generations. Given the space to breathe within the programme, further contextualised with insightful introductions and opportunities for the filmmakers themselves to speak about their work, there was little room for stereotypes and lazy generalisations. Though some did miss the point entirely. During a Q&A session after the screening of In the Shadow of a Man one audience member asked, 'How do we help them?' in reference to the plight and abuse described by some of the female characters. But the question was handled with tact and diplomacy by the film's director, Abdalla, and fellow panellist Sara Yasin, who remarked that the film was not a call out for foreign aid and interference, but a description of how women, in their own locales, have been laying the groundwork and fighting for their rights since long before the western world became interested in their plights.

The quality of films shown was of a consistent quality, and Birds Eye View made a bold and appreciated move to champion the efforts of Arab female filmmakers to a British audience. Still, one does wonder what the legacy of 2013's festival will be. I for one am hopeful that some of the films herein will now benefit from a broader cinematic release and due attention given. But in the meantime, we may have to wait for the industry and the mainstream to catch up with those celebrating (Arab) women in cinema. To quote BEV panellist, Sara Yasin: 'Patriarchy is everyone's problem'.