In Mouthfeel, Maryam Jafri's first UK solo exhibition held at Gasworks in London, the artist weaves together seemingly disparate elements to form a coherent and dismaying narrative of 'Big Food', the mass production and consumption of subsistence. Using tactics of museum display, dry wit, appropriation and the tropes of a successful transatlantic TV series (think fictional power couple Claire and Frank Underwood in the popular House of Cards, Netflix, 2013-ongoing series, and their exchanges, riddled with succint one-liners that reveal their political maneurving and quest for power) the artist tells us an 'alternative cultural history of processed food in the 20th century'.[1] 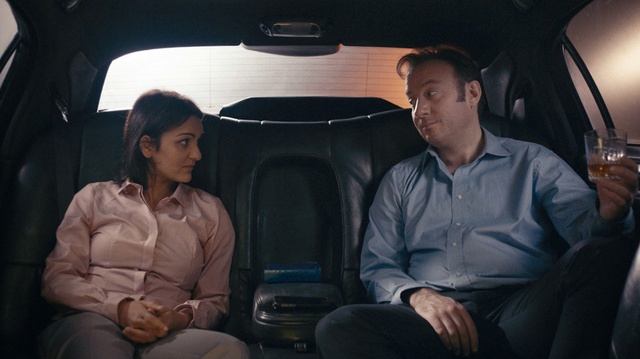 Product Recall: An Index of Innovation (2014) is a photo-text-object assemblage that pits now obsolete objects from the private collection of an unnamed former brand consultant; with biographies of said products. In one we see a box of PlusMeat (the first Textured Soy Protein – TSP – that 'extends ground meat by 44%') and a corresponding text that tells us within a year of its release this product was taken off the shelves due to low consumer demand. The brand instead seeks strategic partnerships with schools, the military, prisons and hospitals. Within three decades US government subsidies to soy producers is in excess of $4.5 billion per year, and in 2012 an imprisoned child sex offender sues his prison/incarcerator for the extreme amounts of soy in his diet and the associated affects on his health. This one element of the installation elliptically reveals the nefarious and troubling relationships between big food producers, the government, tax payers, prisoners and other inhabitants of industrial complexes, showing how those at the bottom of the chain become guinea pigs for untested foodstuffs and justification for the unsustainable and environmentally-damaging mass production of soy crops.

Another item in this index is a Pepsi Baby Milk Bottle. One can only imagine the planning meetings that resulted in this product. Launched in 1993 by Munchkin Inc. (whose tag line reads 'To rid the world of tired and mundane baby products') the bottle was withdrawn two years later, without explanation. This product appears in a vitrine surrounded by other objects emblazoned with images of uncooked minced meat (see PlusMeat above), Singles baby food, flavour: Creamed Beef and actual jars of chicken frankfurters for babies, collectively conjuring a museum of the history of mass-produced edibles. The Pepsi Baby Milk Bottle, presented by the artist, in all its banality, acts as a material indictment of a society that would dream of branding a baby product, pushing advertising literally down the throats of our young, before they can even read. This project lays bare the ethics of 'Big Food' branding and advertising, and how it views its audience: as homogenous consumers who'll chow down on anything corporations tell them to. 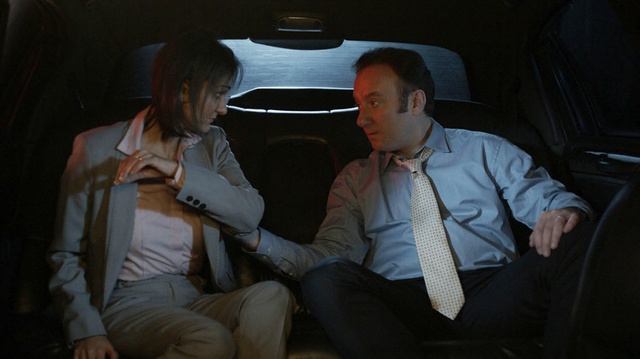 The newly-commissioned video of which the exhibition takes its title, Mouthfeel, is a multi-chapter work, punctuated by ad-breaks, which are populated by real commercials aired in various countries in the Global South (including India, Angola and Egypt, see: (Coca Cola: Make Tomorrow Better). Commercials for agricultural fertilisers, lifestyle catalogues, skin bleaching creams and sugar-filled beverages provide a real-world aspect to the fictional narrative of Jafri's video. Staged in the back of an executive company car, we view a husband and wife, captive as they wait to be chauffeured through various checkpoints. The husband, an unnamed Big Food (described as somewhere between Monsanto and Nestlé) branding and marketing executive , and the wife (played by Jafri) a brilliant scientist working in the same company's Research and Development department. Their dialogue speculates on some of the possible thinking, and justification for developing new food products for the market, despite health warnings and the hypocrisy of those who work in the upper echelons of such companies. When the scientist decries a swift launch of her latest compound, which is without its full medical approval, the marketeer responds that '[the compound] looks like the real thing, it tastes like the real thing, and will sell like the real thing'. The financial gain far outweighs one's conscience here.  A further conversation elaborates what this 'real thing' might be, when she points out that one will find no company products in any of these company cars. Instead, the top execs of Big Food companies would be expected to eat nothing less than organic, locally sourced, additive-free foods. With financial gain for the company, the scientist is reminded (and coerced) by her husband of the inevitable promise of power and promotion. This we assume, is something she has been preparing herself for, when she tells us that more women from the Global South graduate with food science degrees than any other group, and as such she must perform the role of trailblazer.

Perhaps the most damning quote in this video is spoken by the marketer in response to his wife's revelation that she is 'tired of feeding people crap', to which he responds, 'they feed it to themselves.' I suppose this is the crux of the matter of how we have arrived at a point of rising global food insecurity, obesity and environmental damage. As global consumers, one can argue that we have been seduced by the lies of the big food industry, and have been more than complicit as consumers. The diets that have over-indulged us in the west, and that many have since turned their backs on in favour of the organic 'greener' alternatives, are now (and have been for some time) being thrust upon the Global South. 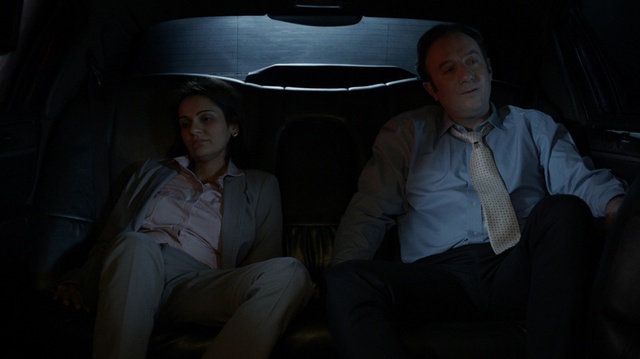 Mouthfeel, as a filmic narrative and as an exhibition, riffs on these two cultural observations deftly spoken by our protagonists: the correlation between what we as consumers are made to feel – whether emotional, psychological or visceral and thus how we invest these elements in the food we consume. But Mouthfeel is also an allegory of contemporary struggles for gender equality in industry, academic advancement, the behaviour of communities divided by financial inequity and the persistence of the neoliberal coca-cola-rization of global culture.

The Crisis of Art in Tunisia