Most of Dubai's public narratives teeter between the state-sanctioned and the parachuting journalist looking for the next sensational story. In academia, Dubai is rationalized under disciplines of economics, demographics, migration studies, architecture, regional security, and so forth. Yet, most of these narratives barely graze the psyche of loving, living, fearing, and sparring in the city; something the exhibition Hassan Matar by Lantian Xie at Grey Noise sought to dismiss in a collection of images, sounds, and objects encountered in the city. From the ubiquitous home-delivery motorcycles of the UAE, one of which was parked outside the gallery, to styrofoam cups with stains of dried up sweet milk, a taxidermied peacock, and an extract from Wong Kar-wai's Days of Being Wild played against the music on the Hardee's customer service line, this exhibition enacted a kind of informative abstraction. This was also extended in the show's title, in that the character 'Hassan Matar' was presented as a faceless body and identity that Xie used to portray Dubai.

In Hassan Matar, Xie didn't claim genetic or tribal belonging to a place. Instead, he employed material heritage and its consumption to describe a sense of belonging that is earned and not inherited – an attempt at contesting and disquieting Dubai's territorial identification as 'Arab', and articulating a set of experiences and histories that are often left unheard. Through this, Hassan Matar offered both a point of affective access and an exercise in civil participation: a reaction to the difficulties of investing in the confused narrative that builds up the UAE. This was especially pointed in Chicago Beach Hotel (CBH) – a coloured pencil drawing by the artist depicting a bygone luxury hotel in Chicago developed in 1892 to accommodate tourists visiting the city for the World's Columbian Exhibition, a 'World Fair' that celebrated the 400th anniversary of Christopher Columbus' arrival into the New World. The hotel was destroyed in 1927. Here, Xie's drawing alludes to another iteration of the CBH, however: built some 50 years later by the Chicago Bridge & Iron Company in Dubai mainly to entertain expats. The Dubai CBH was demolished in the late 1990s and today is remembered as one of the earliest instances where first-world-modernity came to what was a third-world-city – a landmark pre-dating freezone Dubai, where you could acquire, at least for a time, a commodified territory and sense of belonging, while drinking beer and listening to musical acts such as 'Twice As Nice' from Dublin. The Burj Al Arab – loosely translated to 'Monument of The Arabs' – took its place.

Xie's re-inscription of the CBH echoes the sensitive history of Arabism and the Gulf, when Dubai and several Gulf fiefdoms were excluded from participating in the short-lived euphoria of Pan-Arabism, arguably reserved for the Byzantine battles of Egypt, Greater Syria, and Iraq. Still undetermined is the lingering question of how much modernization in the Gulf States has been motivated by its exclusion from Nasser's zeitgeist. (Aden and resistance in South Yemen was more revered in the Gulf than Cairo was.) Yet, the insistence on Arabness – read, Emiratization – in the UAE is perhaps more about becoming the new principal office of Arabness, reflective of the city's developmental trajectory towards not only a Western aspiration, but an Arab one. This comment was furthered in this exhibition via a work titled Gamal Abdul Nasser, an edition of 12 reprints of the Pan-Arab manifesto. In the book, Nasser speaks of Arab self-determinism to the factory worker, to Egypt's plans to export its resources, and how its Suez Canal is to be nationalized. Seeing this work in the context of Dubai, we arrive at the height of an economic model for progress in which Arabness operates in the universe of the service sector, or New Deal hegemony: informatization, real estate, and hospitality industries. The complication presented here is the interstitial gulf between identitarian poles of native and visitor. 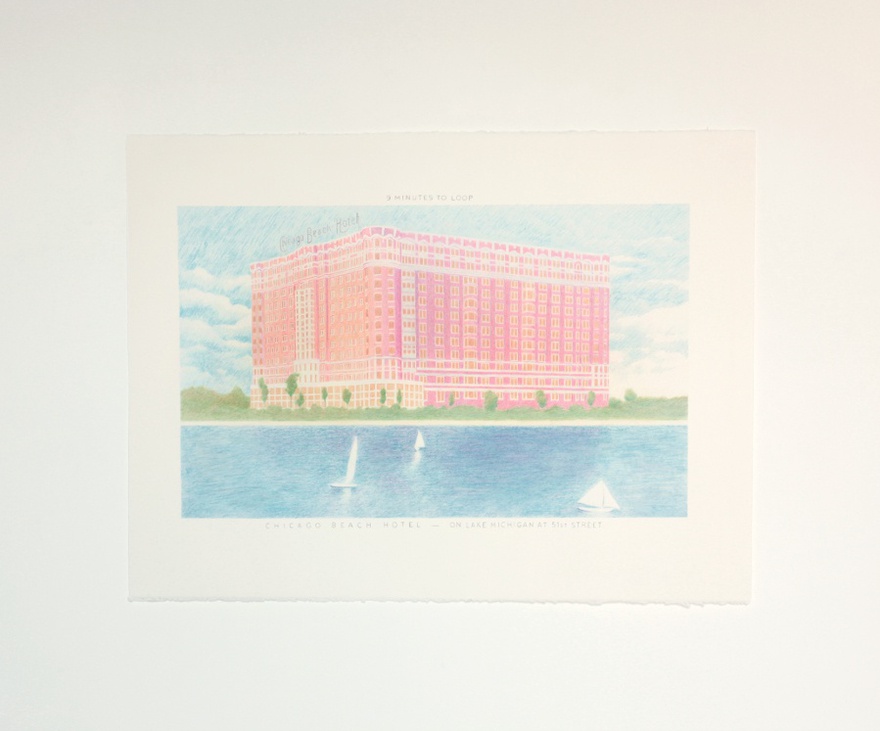 Furthering the tension was Recording of a Woman Reading an Excerpt From a Tagalog Romance Novel, in which a voice speaking in Tagalog is heard stuttering through a love story that takes place in Dubai. Over time, a distinct Khaleeji accent swells, most notably revealing itself in flurries of English peppered throughout the recording, emphasizing the betrayal of a native tongue fighting against its de-Arabification. In this, Hassan Matar considered the possibility of making images about Dubai that are extracted from lived experience and leaves us with a pertinent question: is there now more room to speak of Dubai outside of its usual, dominant narratives?

Hassan Matar was on view at Grey Noise from 10 December to 8 January. For more information, visit www.greynoise.org.

Ahmad Makia is co-founder of THE STATE and a fiction reader for Structo magazine. He is currently researching two projects, 'The Pan-Arab Hangover' and 'The Gulf Turn', and living in Dubai.