The digitally mediated world operates as a gigantic magnet for centralisation, regulation and control by giving shape to our lives, our languages and bodies. This means that the digital domain is increasingly becoming the very location of politics. I propose the term 'magnetic' as an invitation to re-think audio-visual artwork as generating alternative electric currents and thus attracting alternative forms of flows through mobile elements and/or social connectedness in the age of digital culture. An audio-visual artwork can behave like a magnet either pulling things and people towards each other or pushing them apart.

In Negotiations 1972-1990, Gilles Deleuze says: 'Indeed, I think subjectification has little to do with any subject. It's to do, rather, with an electric or magnetic field, an individuation taking place through intensities (weak as well as strong ones), it's to do with individuated fields, not persons or identities. It's what Foucault, elsewhere, calls "passion"' (p.97).

In my conception, the term 'magnetic' therefore refers to a particular sort of potentiality, the potentiality of the co-existence of 'mobile elements' (objects, bodies, sounds, voices) that operate like magnets so as to produce a plural form, and thus requires another kind of material practice and another kind of spectator/listener. The 'magnetic' exists as the exception to what there is, as an addition to what is available – that is, to bodies and languages that have been endlessly produced and re-produced by the forces of the globality.

Today, collaborative and participatory art practice as well as installation and public art performance can facilitate a magnetic field of its own as emerging as a social form through participation. Sound installation 191/205 (2009) by Asli Cavusoglu, for instance, engages us with remix and DJ culture. In collaboration with MC Fuat, a hip hop singer and song-writer, Cavusoglu made a song using 191 of the 205 words banned in 1985 by the General Directorate of the Turkish Radio and Television Corporation (TRT) from TV and radio broadcasts on the grounds that they did not comply with the 'general structure' of the Turkish language. In this context, audio-visual artwork appears to be considered in terms of its effects rather than its material presence. The effect is about composing (social) forms, not about the composed (social) forms. It is about giving force to feelings, perceptions, sensations as well as actions, movements, restoring our relationship with the existing and given world. 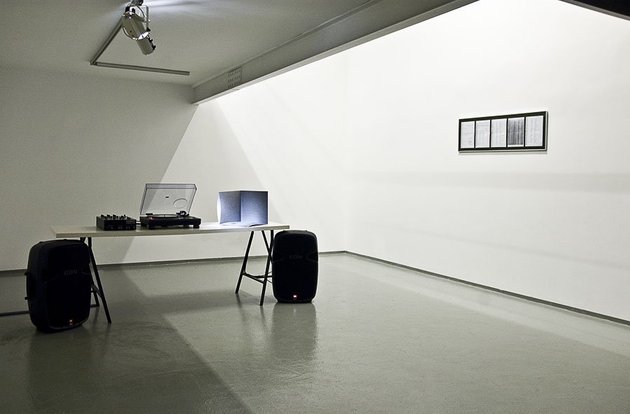 is an Assistant Professor in the Department of Art History at Mimar Sinan Fine Arts University, Istanbul.  Her research interests include visual culture in Turkey; contemporary art practices and critical theory with a particular emphasis on 'visibilities' and 'invisibilities' in the regime of vision; the 'element' of sound and voice in installation work and video art; mobility and counter-geographies; urban space and migration in the networked culture.

Previous response
|
Next response
Response
18
of 20