Towards the Possible Film

Cartography and its inherent fictions, is probably a good 'place' to begin, or a useful caveat in any attempt to effectively map historical and contemporary relationships between North Africa, the Middle East and the Global South. And how to avoid an essentialising paradigm, while also suggesting a break with the linear and oft-times binary  discourse of western post-enlightenment thinking. Essentially how to frame a south-south reading of cultural and visual formation, while incorporating as tools for free association, certain tropes in anthropology and literary critique – which although possible to read as essentially western ideas, are never as confined to national discourse as one might think. In this respect I would think of the work of the twelfth century Moroccan cartographer Al-Idrisi for King Roger of Sicily, as much as radical anthropology of Pierre Clastres which in his 'Archaeology of Violence' seeks to undermine normative readings of both how violence and indigenousness are understood.

The following cine-roman presentation of Towards the Possible Film (2014), looks at the texts used to present the fugitive thoughts of both alien visitors (who draw on parallel mythic archetypes of Krishna, Osiris and Quetzalcoatl – all personified as blue-skinned when taking on human form), and the indigenous inhabitants of an otherworldly landscape, that is actually found in southern Morocco, near the border with the Western Sahara. And what of gender roles and animism in this alternate future-past? This is perhaps the fault-line with which to approach any attempt to bridge the global South: as a collective unconscious which is not separate, but inextricably linked to the North as part of a single ecosystem, or to approach it as a fictional construct:

'Seeing these women escape from the spider's web she spun behind her door, the wife of R. made do with children, to whom she would offer a pastry or some candy, and who kept her very well informed, at times even better than she hoped for. In their naiveté they said things whose full implication they didn't understand, but which opened up, for her, unexpected vistas and sudden abysses.' 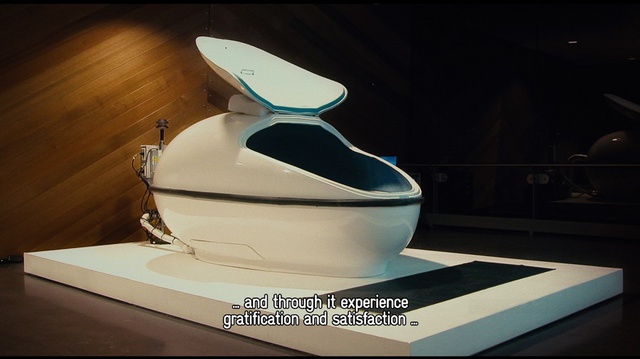 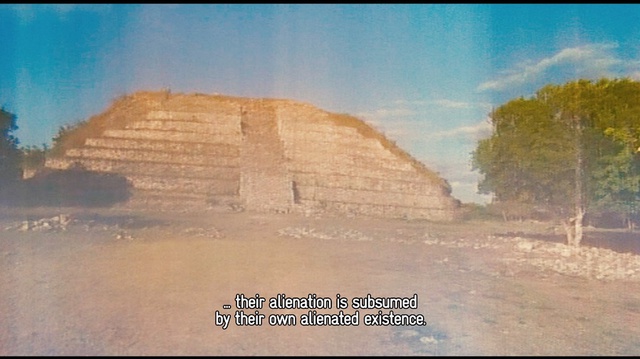 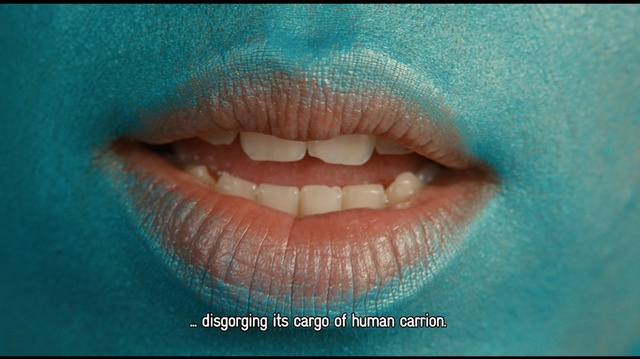 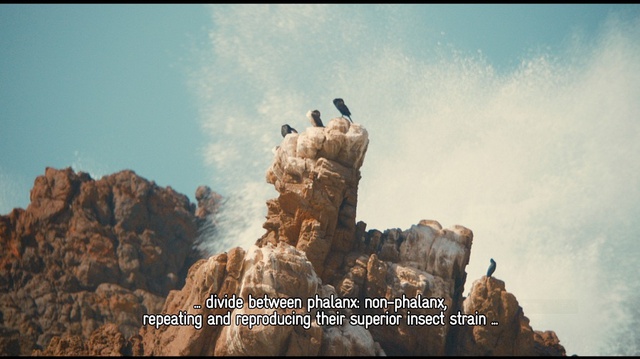 Shezad Dawood (b. London, 1974) works across film, painting and sculpture to juxtapose discrete systems of image, language, site and historical narrative. Recent exhibitions include; Towards the Possible Film, Parasol Unit (2014), Towards the Possible Film, Leeds City Art Gallery (2014), The Great Acceleration,Taipei Biennial (2014),  Rockaway! MoMA PS1 (2014), Where Are We Now, Marrakech Biennale 5 (2014), Before Our Eyes, MACBA (2014), The World Turned Inside Out, Witte de With (2013).

Shezad is a Jarman Award nominee (2012) and one of the winners of the Abraaj Capital Art Prize (2011). He currently lives and works in London, where he is Research Fellow in Experimental Media at the University of Westminster.