Artistic Practice from Tirana to Tangier 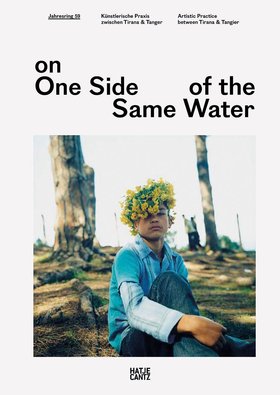 On One Side of the Same Water, cover, Yto Barrada, Oxalis Crown, 2006.

On One Side of the Same Water: Artistic Practice from Tirana to Tangier, is a timely piece of literature in the ongoing interest surrounding the artistic and cultural scenes of the Mediterranean region. The publication's title is appropriated from an artwork by American artist Laurence Weiner, used here in order to invoke a sense of commonality, albeit just one aspect (or side) of it, which also suggests a notion of distance. In parts, this could be an accurate description of the situation as applied to the relationships that exist between the various countries and cultures around the Mediterranean Sea represented here. Yet from this publication emerges some common threads, with artists facing similar challenges in defining and dealing with their cultural heritage, while mediating issues embedded within socio-political frameworks.

Since the 1990s, scholars have examined these sites, often of conflict; art, culture and historical heritage have been investigated from various angles, in an attempt to contribute to what could be called a 'cultural mapping' of the region. Yet while many in the Western hemisphere are familiar with the art scene of the Northern Mediterranean countries, significantly fewer people have seen and encountered art from the southern and south-eastern Mediterranean. It is only just recently, in the context of the political uprisings of the so-called 'Arab Spring' that more people have started visiting exhibitions of contemporary art from these countries. Thus the primary focus of the book is on those countries of the Southern Mediterranean, which just recently gained more attention and which for the most part have undergone major political transformation over the past years. 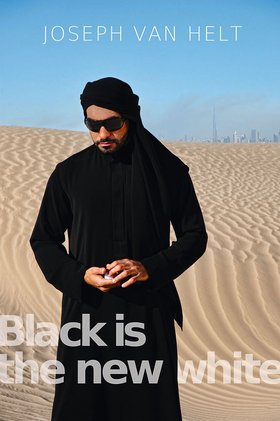 Nadia Kaabi-Linke, Black Is the New White, 2012, lightbox. Photo by: Russ. Courtesy of the artist.

Yet despite the interest and growing scholarly research on the region, stereotypes, false presumptions or conclusions, inaccurate generalizations and old-fashioned approaches bearing the scent of Orientalist ideas remain. Still too little is known about the scope of artistic activities, programs of cultural institutions and cross-regional collaborations. A book like this may offer insights that may lead to a more diverse, complex reading of the cultural scenes in each country. This collection of single accounts reflects upon individual perceptions of the social, political and cultural contexts from which art is being produces, projects and art works from eleven cities located around the Mediterranean Sea are introduced through interviews with artists or curators, and essays on artworks or art spaces, such as the Tirana Art Lab, MASS Alexandria, A.I.R.A in Algiers or 98weeks in Beyrouth. Each contribution is a personal account on how artists and practitioners in cities such as Athens, Tirana, Algiers, Istanbul, Beirut, Alexandria, Ramallah or Tangiers, experience their surroundings and working conditions and how they apply new models to intervene in the process of shaping civil societies. 'None of the texts in this book is representative', editor Angelika Stepken rightfully states in her introduction. As each chapter is the personal account of an individual – curators such as Adela Demetja (Frankfurt/ Tirana) or Daniella Rose King (Alexandria), art critics such as Despina Zefkili (Athens) or Tina Sherwell (Jerusalem), and artists such as Hassan Khan (Cairo) or Nadia Kaabi-Linke (Berlin/Tunis). Therefore, none of the texts can be representative of the entire region or city precisely because they come from the subjective view of an individual.

But one may well ask how such subjective views might actually reflect a country or region and its cultural spheres. Another issue may be the role of 'origins' when it comes to discussing the work of an individual. In a time when artists, curators and critics operate and act globally, live and work in different places, and are no longer necessarily defined by one nationality, how much of their story can actually be read from a 'national' perspective? Being born in one place and living in another, moving constantly to new cities, exhibiting in others, being in continuous exchange with other artists and writers, makes the categorization of a single nationality questionable. 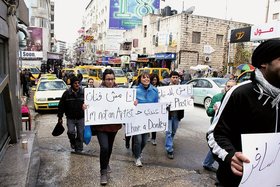 Archive of the Interational Academy of Art Palestine

Despite the criticism, the individual perspectives presented in the book are a highly valuable contribution to a more diverse 'mapping' of the Mediterranean region. It avoids the contortions in some perceptions of contemporary Mediterranean art, by giving space for individuals to tell their stories. A dynamic view through these different perspectives, the book appears multifaceted, protean and alive, just like the geographical framework in which the art is being produced. More so than elsewhere, the Mediterranean region is a territory that is in constant flux, embedded in socio-political frameworks that are rapidly shifting. In their immediacy in covering art being produced now, most of the contributions to the book can thus only reflect on the momentary status quo – valid and important.  In this context, these artists become witnesses to the changing circumstances of the Mediterranean, giving insights into ways in which artists and cultural practitioners practice. Despite the heavy media attention on the political, social and religious uprisings, the book explores a more nuanced view of a culture most 'Westerners' are not familiar with.

On One Side of the Same Water is edited by Angelika Stepken, and has been published as part of the Jahresring 59 series edited by Brigitte Oetker on behalf of the Association of Arts and Culture of the German Economy at the Federation of German Industries and Hatje Cantz. The introduction to the book can be read on Ibraaz, here.

Dorothea Schoene is a Berlin-based art historian, curator and writer. She is the recipient of a Fulbright grant, a Getty research grant and a scholarship from the German Academic Exchange service. She studied at the Leibniz College in Tübingen, Germany, at the University of Leipzig and at the University of California Riverside. Her publications on Contemporary Middle Eastern, American and German art have appeared in numerous art publications. In addition, she has contributed to edited volumes on museum and exhibition history, such as for the Städel Museum in Frankfurt in 2010. Schoene has worked as curatorial assistant at the Los Angeles County Museum of Art to work on the exhibition Art of Two Germanys - Cold War Cultures, which was exhibited in Los Angeles and two German venues in 2009-2010.  Between 2012 and 2013, she was one the Academic Advisory team of the Walters Art Museum in Baltimore for their upcoming exhibition of Islamic Art entitled Pearls on a String, which opens in Baltimore in 2014. Additional venues are Toledo, Ohio, San Francisco and Doha. In 2014, she became Director of the Berlin museum Kunsthaus Dahlem.

Scripts of the Art World