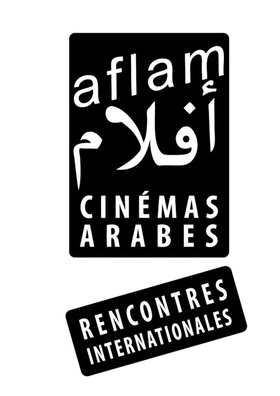 The 4th Aflam International Festival of Arab Cinema, devoted to film and video from the Arab world, ran from 30 November to 4 December 2016 in Marseille. The festival is organized by Aflam – a non-profit association based in Marseille, which began as an archive out of which film screenings and debates were curated throughout the region – in partnership with the MuCEM, the Villa Méditerranée, and local cinema halls the Variétés, the Miroir and the Gyptis.

Since its launch as part of Marseille European Capital of Culture in 2013, the festival has been organized into five main categories of film and video screened simultaneously over four or five days. This year, 'À la une' – which is dedicated to established filmmakers – included Danielle Arbid and Mahmood Soliman; 'Emerging Cinema'- which shows films by younger directors or works that straddle cinema and art video – featured Rania Stephan and Randa Maroufi, among others; 'One Filmmaker, One Trajectory' focused on the work and career of Egyptian director Salah Abou Seif (1915–1996); for 'One Critic, Two Gazes,' critic Samir Ardjoum invited French cinema critic Flavien Poncet, Tunisian filmmaker and critic Ismaël, and Algerian artist and filmmaker Amina Menia, to each choose a film by an Arab director and pair it with another film by a non-Arab director; and 'Cousins' saw Aflam team up with another Marseille-based association, Films Femmes Méditerranée, to present three films by Turkish filmmaker Pelin Esmer.  Beyond the five-tier festival structure, videos by contemporary Lebanese artists Mahmoud Safadi and Ali Cherri were installed in general proximity to the screening rooms: Off the Coast (2015) at the MuCEM and Petrified (2016) at the Villa Méditerranée respectively.

The Café-cine was a daily, open discussion at the MuCEM around themes evoked by the films – such as the role music plays in shaping protest, and the filmic representation of protest – and it provided a deeper perspective on the persistent questions posed through the festival's programming. For each meeting various filmmakers, guest critics and scholars were invited to shape the discussion including, for example, Hind Meddeb, director of Tunisia Clash (2015) and Marseille-based DJ Djel, among others, for the discussion on music. Aflam also launched Warshataflam to coincide with this year's festival, extending the organization's longstanding pedagogical commitment to the festival. A professional jury chose four young filmmakers to mentor in the development of a short project:  Hamza Baggour and Romuald Rodrigues Andrade from the greater Marseille region, Ghada Fikri from Cairo, and Imène Salah from Algiers. 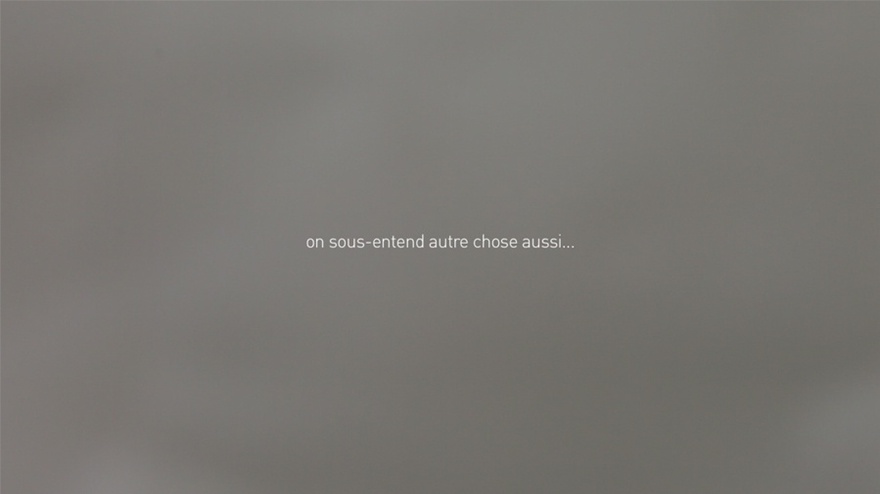 The artistic director for this year's festival, Delphine Leccas, is an independent curator with a particular commitment to Syrian contemporary art and cinema. For this iteration, Leccas and Aflam director Solange Polet argue that the role of Arab cinema – and by extension that of the festival – is, in part, to participate in a struggle for social justice both in the Arab world and in Europe.[1] One Critic, Two Gazes', for example, pictured a genealogy of representations of revolt through the juxtaposition of Guy Debord's classic 1952 film Hurlements en Faveur de Sade and emerging filmmaker and artist Ismaïl Bahri's new work Foyer (2016), a work that refuses the viewer any image of the street in Tunis while nevertheless recording conversations taking place in it.[2] The breadth of programming was impressive for a four-day festival, especially in how it unfolded over different locations in Marseille, and in turn, attempted to explore the experiences of alienation from and allegiance to a place of origin variously, and at times contradictorily, defined.

'Á la une' was a category largely characterized by films about the alienation experienced by Arabs in European society. D'une pierre deux coups (2015) deals with the dissociation of eleven brothers and sisters from each other and their mother, an Algerian woman who emigrated to France with her husband at the expense of her own clandestine love affair. Ennemis Intérieurs (2016) is a stark portrait of structural racism in the French administrative bureaucracy, but perpetrated by one person of North African descent against another. Dustur (2015) pictures Arabic speakers in prison in Italy learning about what goes into writing a constitution as part of a prison workshop run by Catholic priests. Peur de Rien (2015) centers on a distracting beautiful young Lebanese woman in Paris to attend university but unable to rely on her Lebanese family members living in the suburbs because they sexually and emotionally abused her upon arrival; she is forced to associate herself with one French man after another in order to survive.

Also screened in this category was the film Algérie du Possible (2015), shown for the first time outside of Algeria. The film pays homage to director Viviane Candas' father, Yves Mathieu, who was the defense lawyer for a group of Algerians accused of orchestrating attacks on the French mainland during the Algerian war of independence and subsequently served as legal council to Ben Bella's government immediately post-independence. In the mid-1960s, Mathieu died in a head-on collision with an army vehicle that was probably an assassination by Algerian government. Following this screening, a debate ensued, during which Candas was asked why she made the film, now. Indeed, while many in the audience defended the need to picture a history in which non-Muslims of European descent participated in the war on behalf of Algerians, the question that remained unaddressed was whether the tale of one white man's political idealism and subsequent assassination is the most appropriate lens through which to view the hybrid, complex and frequently disavowed history of the Algerian War. Jumana Mann, A Magical Substance Flows Into Me, 2016. Film still.
Courtesy the artist.

By contrast, the 'Emerging Cinema' category was marked by the fact that the centre of gravity for most of these films and videos was in the MENArather than in the alienation of their protagonists' experience in France, in Italy, and other European countries. Jumana Manna's film A Magical Substance Flows Into Me retraces the work of ethnomusicologist Robert Lachmann, who had a radio show on traditional Palestinian music in the 1930s. The film is complex, constructed along a fault-line in the relationship between Palestine and the western world, in which Manna is relentlessly unwilling to cede the conflict between conservation and hybridity.

The question implicitly put to Candas during the debate around her film was 'who is this for?', while Manna's film takes the same question as its object of analysis, directly asking of Palestinian musicians today who identifies with the positions Lachmann recorded, and why. Whereas films like Ennemis Intérieurs and Dustur are largely invested, still, in a crisis of subjective universalism – the attempt to address social inequality by disavowing structuring differences and by propagating abstract social ideals – Manna's film characterized the festival's consistent selection of emerging film and video that is far more comfortable with hybridity, the complexity of modern identity, and the tension and anxiety of living between worlds that define such identities. Tamer El Said, In the Last Days of the City, 2016. Film still.
Courtesy the artist.

Also showing in the category of emerging cinema was Tamer El Said's film The Last Days of the City. The film is structured around the idea that Khalid Abdalla, playing the role of a director, is making a film about Cairo in 2009, before the revolution, and indeed the film was co-written with Rasha Salti in 2007, largely shot in 2009, but then set aside while the streets were full of people and violence.[3] Khalid Abdalla describes the film's emotional centre as that of living inside an impossible present: 'A sense that has rippled across the world that things just can't carry on like this. But somehow they do and we don't know what to do about it.'[4] It is a film that finally got made about a film that did not get made about a city that died. Something impossible that nevertheless exists in the breach.

And it was in this breach, perhaps, that Aflam's festival provided a rich and comprehensive survey of film in relation to the Arab world, offering multiple and often conflicting or irreconcilable access points for those living in Marseille and its environs. The festival's strongest and most complex programming, however, came from the interstices of its own structure, between established and emerging cinema, between film and video, and between what constitutes an Arab film and what constitutes and Marseillais audience.

Natasha Marie Llorens is an independent curator and writer based in New York and Marseille. She curated City and City, an upcoming exhibition at the Sheila C. Johnson Design Center in Manhattan, New York, and is concurrently working with Skowhegan on the public programming related to Ellen Cantor's work to run throughout autumn 2016. Recent past projects include Syntagma, at Eugene Lang College at the New School, and Vois-tu pas que je brûle?(Do you not see...) at the Essex Street Market with Artists Alliance, both in Manhattan. She is a graduate of the Center for Curatorial Studies at Bard College and a PhD candidate in art history at Columbia University. Her academic research is focused on violence and representation in Algerian national cinema from the period immediately post-independence.