When a colleague handed me a copy of Peeping Tom's issue focused on the Beirut art scene, my eyes lit up – with both confusion and excitement. There, on the cover, were listed the names of virtually every single collaborator that I had ever had the good fortune to work with as an editor. Familiar names consisted of friends, colleagues, old and new, and the cover said it all: Beirut is, and has for the last decade been the heart of the contemporary art scene in the Arab world. 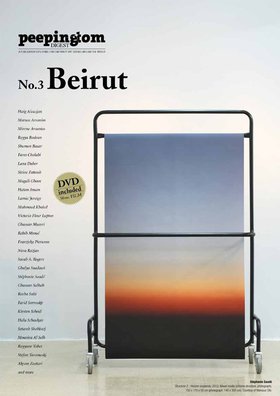 I opened up the pages however, only to be demystified by Peeping Tom's approach to this particular 'study'. In an attempt to 'fairly' represent the artist ecology of Beirut, Peeping Tom produced a roundtable conversation with a group of artists on a DVD, and sent out a survey to a whole range of artists aggregating a series of generic statements about the art scene in Beirut. Subsequently, the editors of Peeping Tomtook the series of statements they collected, abstracted them from the individuals who had pronounced such statements and presented them, out of context, to a whole slew of arts professionals, asking them to comment, deconstruct or respond to these quotations individually.

The result of this exercise is a series of frustrating statements such as 'there is no art scene here', taken out of context (from their original points of subjectivity). Almost entirely negative throughout, the statements collectively set up an odd picture – that of a self-loathing nation, which has reduced itself to a colonial binary.

There are references to Hegel within, which seem futile. 'We must produce the concept, absolute spirit…the here, the now,' we are told by the editors. Yet ultimately, this is nothing more than two cultural voyeurs (yes, peeping toms) who are relaying representational politics through a second-hand filter. All the while, you can imagine the editorial duo winking at each other with a sly knowing, proud not to have trodden the much-walked neocolonial plank of so many drop-in cultural tourists to the city.

At one point, Fares Chalabi attempts to open up an optimistic space, amidst the dreary and repetitious hatred that seems to manifest through the pages of the issue, but this streak does not last for long. Of course, Peeping Tom could argue that they are simply offering a platform – a space for the artistic community to voice itself, and it, in essence, chose to represent itself in such a downbeat fashion. But this isn't quite an accurate description. What Peeping Tom have done is develop a pointed questionnaire and gleaned a set of answers, which are negative, and posited them in a way to contributors, so that they can also respond in a manner that fulfils a particular duality; for example, to agree or not to agree, to argue for or against. In the end, it is impossible for Peeping Tom to function as either a discursive space or a representational one. 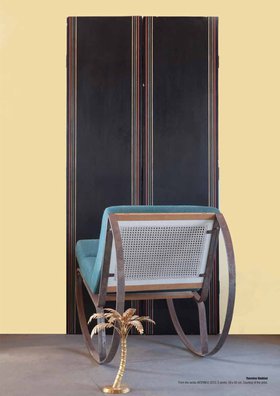 The digest also includes a series of image commissions, which feel oddly and haphazardly put together. Formally this gesture of pulling random pictures from artists purely 'based in Beirut' without any curatorial coherency fails as a task. Aesthetically and conceptually, it is not possible to thread any 'meaning' between these selections, nor is one able to appreciate these works on their own merits.

The volume further frustrated when it transpired that some its contributor long list was constructed out of a few fudged truths. For example, the first name on the cover, Haig Aivazian, in fact, did not choose to contribute to the issue. However, Peeping Tom chose to publish his letter of rejection, and as such claims him as one of their own. Ultimately, this volume is a lost opportunity – unable to capture the essence of Beirut's artistic community. Beirut is a city of many a fiction that attracts artists from all over the region – its myth remains one to be fully deconstructed. It is a shame indeed that such a task was left to a couple of peeping toms.

Peeping Tom Digest ♯3: Beirut follows all the steps to maintain a certain 'scientific' approach: 'Part 1' outlines the intention and methodology, coupled with a 'test specimen' of said methodology, which in this case is an email to a friend that started a chain reaction of peer-to-peer introduction – the ideal way to penetrate 'a scene'. From the encounters gleaned from these emails (and during a one and a half month residency in Beirut), Peeping Tom then highlighted (or isolated) certain comments and organised them into two categories and their sub-headings: 'Internal Issues' ('Form and Material of the Art Work', 'Subject Matters', Social Relationships', 'State-Politics', 'Galleries – Institutions – Education', 'Press', 'Generations', 'Audience-Market') and 'External Relationships' ('Funding', 'Diaspora', 'Foreign Perspective – Lebanese Representation', 'Peeping Tom's Intention for its Beirut Digest'). 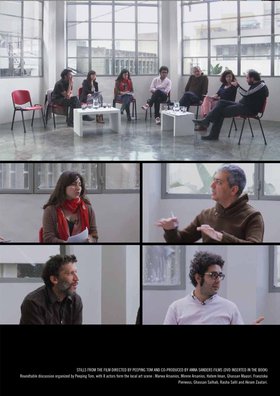 Personally, the approach made it difficult to engage with the publication in that it felt like a drive for distinction, not insight. This problem was also reflected in the publication's treatment of information: reducing contexts into 'issues', artists into data subjects and readers into knowledge (or enlightenment?) receivers. 'Part 2' of the Digest consists of a DVD pasted onto a page over which a message asks the 'dear reader' to 'watch the film before reading any further' and 'now'. Then, in 'Part 3', titled 'Editorial Content', the 'Email' page opens with a breakdown of responses to invitations sent out to potential contributors during the project's commissioning phase. It is stated that out of the 43 invitations sent, 23 responded 'positively', 11 'negatively' and 13 'didn't respond or vanished without any explanation'. Did that last 'category' sound bitter? Consider what comes next in parenthesis: '(as a reference, 99% of the contributors of Peeping Tom Digest ♯2: Mexico responded positively)'. Touché.

Yet, around the rigid framework set up to produce this digest, a wide number of artists and thinkers present wonderful insights into what is essentially a document of Beirut's art scene in 2013, with an impressive list of contributors including Laura U. Marks, Lamia Joreige, Shumon Basar and Rayya Badran. Curator Rasha Salti provides deeper insight into the project as a whole. She was invited to comment on the round table discussion filmed in Beirut because she could not attend. After viewing the DVD, she thus offers notes on the history and character of Beirut and in doing so presents a rich context through which to listen to the voices of those who took part in the discussion moderated by Mirene Arsanios: Marwa Arsanios, Akram Zaatari, Hatem Imam, Ghassan Salhab and Franziska Pierwoss. Salti describes the speakers as such:

The art practitioners in the conversation are not agents of neoliberalism, but they are embedded in that system of production of significations and representations. They can, and have been, valiantly subversive, courageously resistant, self-consciously politically defiant. It is pivotal to keep in mind that they produce a poetics that cannot be substituted for knowledge.[1] 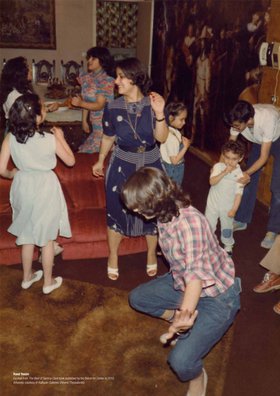 Raed Yassin, excerpt from The Best of Sammy Clark, book published by the Beirut Art Center in 2010.
Courtesy of Kalfayan Galleries (Athens-Thessaloniki).

Salti has talked about the confusion between poetics and knowledge before. In an Ibraaz iinterview, she pointed out how the production of knowledge and the production of poetics have been confused when discussing contemporary artistic practices in the Arab world. And her statement here, made at the very beginning of the Peeping Tom Digest, highlights the great irony of this project: by insisting on objectivity, the publication has managed to suck out the poetry in what is essentially an attempt at framing culture. It seems to complicate knowledge rather than illuminate it, which may explain why Salti felt it necessary to clearly and concisely flesh out the city this digest purports to deal with, so as to bring forth intricate historical and cultural contexts rather than a set of empty presumptions.

In the end, it is Haig Aivazian's response (read: polite decline to contribute to the digest) that provides the words to end this review. He notes how, in an increasingly global art market, it is difficult to pinpoint – through 'conversational forms (short call and response)' – the differences produced in a situation that has been approached as 'rigid', 'clear cut' and 'not in constant flux'. It all seems 'somewhat performative and unproductive', as Aivazian writes. But who knows? Borrowing Aivazian's thoughts once more, this review is not a reflection on the undeniablly good intentions of Peeping Tom Digest ♯3, but on the framework that was set up to enact them.