There should be no doubt of the circumstances surrounding the death of Nadeem Nawara. In 2014, the 17 year old was walking past Israel's Ofer military prison during Nakba Day commemorations. A CCTV camera shows the moment of impact, as Nawara's body stiffens and he falls forward to the ground. At the same time, a CNN news team were filming a group of soldiers watching over the protests outside prison. They captured the shot that killed the teenager as it was fired. The fatal wound was consistent with what was recorded, the bullet entered Nawara's chest at the front, right-hand side, and exited at his back. In fact, metal casing of the round of live ammunition that killed him was found lodged in his backpack. 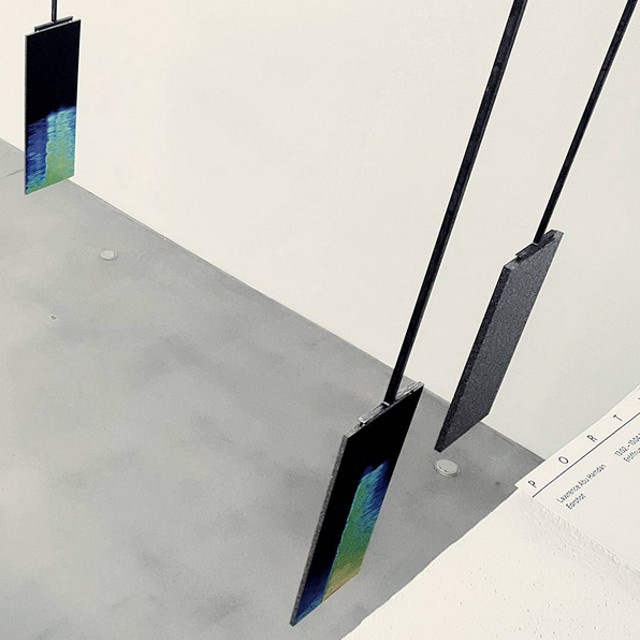 An hour later, 16-year-old Mohamad Abu Daher was passing the same spot. The CNN news crew had left, but the same CCTV camera caught him as he fell forward, also shot dead. In the days following the deaths, Israel denied responsibility. Israel's Minister of Defense, Moshe Ya'alon, claimed that the boys were killed during a protest that turned violent, in which Molotov cocktails were being thrown. He also made the (false) claim that the video footage had been doctored.[1] Lt. Col. Peter Lerner, spokesman for the Israeli Defense Forces, built upon these claims. 'There was a substantial riot that took place', he said. 'Our forces used riot-dispersal means...to limit and prevent the riot from causing any damage'; Lt. Col. Lerner then made the claim that their forces were using rubber bullets, and could therefore have not inflicted fatal wounds. 'The preliminary inquiry up until this point still does not indicate any use of live fire by the forces... So what caused the deaths is a question mark that needs to be answered.'[2]

Defence for Children International (DCI), an independent NGO created to promote and protect the rights of children internationally, acting on behalf of the parents of Nadeem Nawara and Mohamad Abu Daher, commissioned Forensic Architecture, a research agency based at Goldsmiths, University of London, to 'investigate the available material and to produce a body of evidence that can be used to hold the perpertrators accountable'.[3] Forensic Architecture are comprised of Eyal Weizman (Principal Investigator), Nick Axel (Research and Coordination), Steffan Kraemer (Video Compositing and Montage) and Lawrence Abu Hamdan (Audio Forensics). A major aspect of the investigation rested on the Israeli claim that the soldier who fired the shots at the time of the teenagers' deaths actually fired rubber bullets, and could therefore not have killed the boys. Using audio evidence collected as part of the Forensic Architecture investigation, Abu Hamdan was able to establish that the soldier had not fired rubber bullets; he fired live rounds that he knowingly attempted to disguise as rubber bullets by attaching a rubber-coated steel bullet adapter to his rifle. This investigation and its findings form the basis of Earshot, Abu Hamdan's recent exhibition, at Portikus, Frankfurt am Main.

Portikus is built like a barn, with a high roof, a split-level upper-floor, and large, double-panelled front doors the only ground-floor entrance. Entering the gallery, the audience are faced with a series of panels, hung from the ceiling at various distances from the front door. On each panel is a spectrogram, the visualisation of a sonic frequency. The spectrogram on panel represents a different kind of projectile, and its distance from the entranceway represents how far that specific projectile could travel in 0.01 seconds. The panels closest to the door are a sound grenade, a rubber-coated steel bullet, and a silenced subsonic rifle. Those furthest are, respectively, silenced rifle live ammunition, live ammunition, and live ammunition suppressed by a rubber bullet adapter. 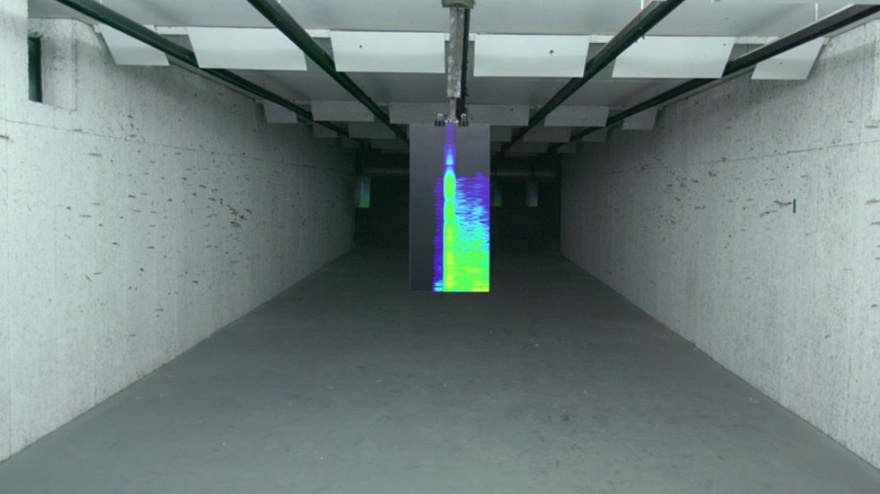 Abu Hamdan's new video Rubber Coated Steel (2016) is available to viewers on the upper-floor, which has been transformed into a kind of observation deck of the entire exhibition from above. The piece is a staged enactment of a tribunal heard in the case of Ben Deri, the Israeli soldier accused of murdering Nadeem Nawara and Mohamad Abu Daher (Deri had been charged with manslaughter; the aim of the case was to amend that charge to murder, with Abu Hamdan's audio evidence attempting to prove that the soldier's actions in attaching the rubber bullet adapter constituted premeditation). However, the video does not present any footage of the tribunal, only visual references to the spectrograms within this display, and, most significantly, the actors' voices are not heard, the script is subtitled throughout the video.

For a number of years now, the voice has been an integral medium in Abu Hamdan's practice. From Mountain Language (2010), which took Harold Pinter's 1988 play about the political suppression of a marginalised language as its starting point to examine phenomena that included the ban on direct media broadcast of the voices of figures from Sinn Féin, the Irish Republican politcal party; to Aural Contract (2010–ongoing), which investigated the political implications and the legal status of the individual's voice and accent.[4] What, then, does it mean in the context of Earshot to have the voice detached from its speaker?

In their report for the online magazine Mondoweiss, Forensic Architeture noted that '[d]enial is an important and often underemphasized dimension of Israel's violence toward Palestinians'.[5] Denial refutes all accusations of complicity or knowledge and puts the burden of proof upon the accuser. One of the recurrent themes of Rubber Coated Bullet is how, despite the strong scientific (and seemingly insurmountable) evidence provided by the exhibition towards the fact that Nadeem Nawara and Mohamad Abu Daher were knowingly murdered, the removal of the voice casts doubt into the legitimacy of fact. When taken out of overall context and examined independently, soberly – and silently – the spectrograms provide only one aspect of a wider argument around the culpability of the individual in a group situation (in this case, a very tense, public group situation).

Earshot is a very powerful exhibition. It recounts a terrible moment for the families of two teenage boys because it highlights the fragility of the recent relationship between Israel and Palestine, and how close it often comes to deterioration because of individual actions. But it also forces the viewer to consider the relationship between truth and sound. Certainly, silence refocuses attention when sound can be documented and analysed as raw data. It is where truth is amplified.

Earshot was at Portikus, Frankfurt am Main, between 13 February–10 April 2016.

[4] For a fuller discussion of these, and other projects, please see Downey, A., "Word Stress: Lawrence Abu Hamdan in conversation with Anthony Downey" Ibraaz, Platform 003, 02 May, 2012. [online] http://www.ibraaz.org/interviews/21