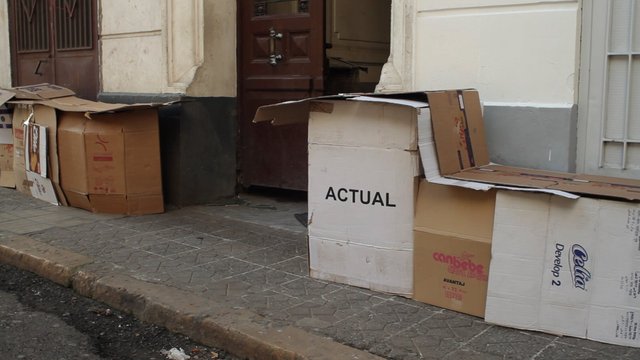 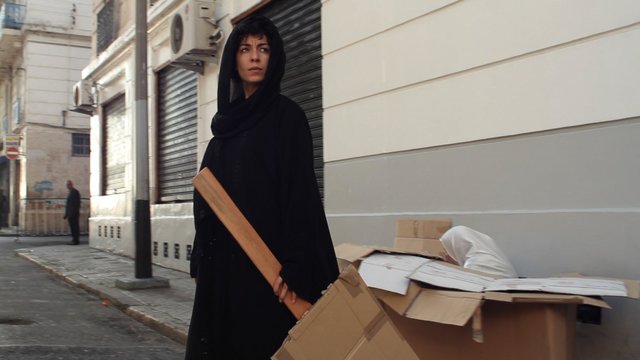 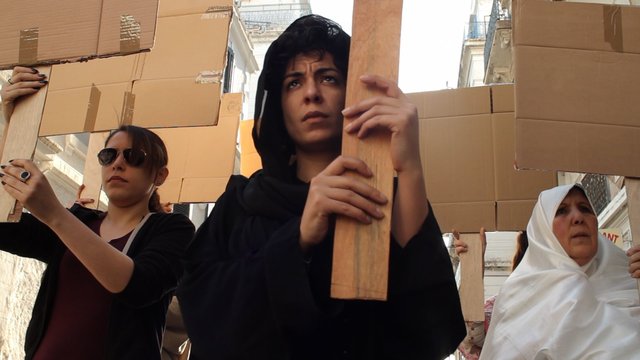 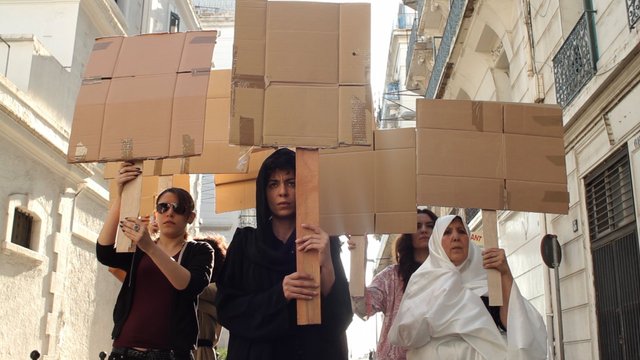 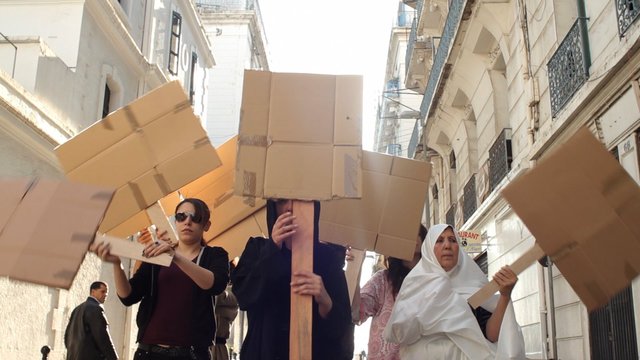 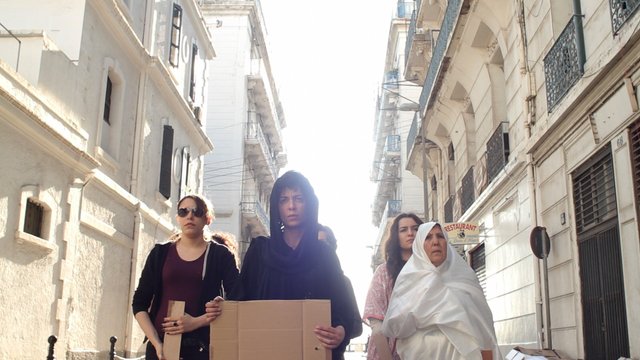 Cardboards are leaned against a wall in a street. They form a peculiar assemblage one can identify as makeshift shelters. Fashioned out of the detritus of consumer society, the cardboards have become facades. They conceal women who were probably repudiated by their families.

One of them emerges from her 'house' and quickly fashions a placard out of a box once used to transport everyday goods, then turned into a shelter, now turned into a protest sign. However the placard shows no slogan; it is just a wordless piece of cardboard.

Quickly, other women join her, brandishing similarly blank placards. Dignified, they walk silently. Suddenly, they stop and cautiously lower their signs onto the floor. This video by Katia Kameli was made last spring in Algeria during the so-called 'Arab Spring'. For the first time in her career, the artist decided to direct a fiction.

While alluding to the situation of women in North Africa, the video questions the idea of protest and revolution. Can a silent uprising, one that is apparently claimless and aimless, be considered as a revolution? When there are no more words to be spoken out loud and when placards lie on the floor, can there be any hope left? With this work, Kameli participated in her own way to a collective and spontaneous movement, the consequences of which are yet to be discovered. A possible revolution …

is a french independent curator living in Marseilles. She holds an MFA in Curating from Goldsmiths College in London and is Director of the Moroccan organisation Feddan she co-founded with artist Younès Rahmoun for the development of the Trankat project: an artistic residency and exhibitions space located in a traditional house within Tetouan's medina, listed as Unesco world heritage.