How did the century end? Haunted, and haunted by its song.

Composer Halim El Dabh's first Cairo performance of 'It Is Dark and Damp on the Front' was a seminal moment in the Egyptian composer's life. As El Dabh noted himself, this was 'something … that was going to haunt people for years and years and years.'[1] Through this dark and ominous piano composition, which was inspired by the Nakba of 1948, ElDabh imagined and translated the horror that permeated the entire Arab world, and the resonance of the composition was felt first in that Cairo performance and in later recordings of the piece that were disseminated beyond Egypt: as writer Michael Khoury states 'It Is Dark and Damp on the Front', 'bore a timely appeal to those in Egypt who may have closely identified the avant-garde elements of the piece with the stunned and unthinkable plight of the Palestinian people.'[2] 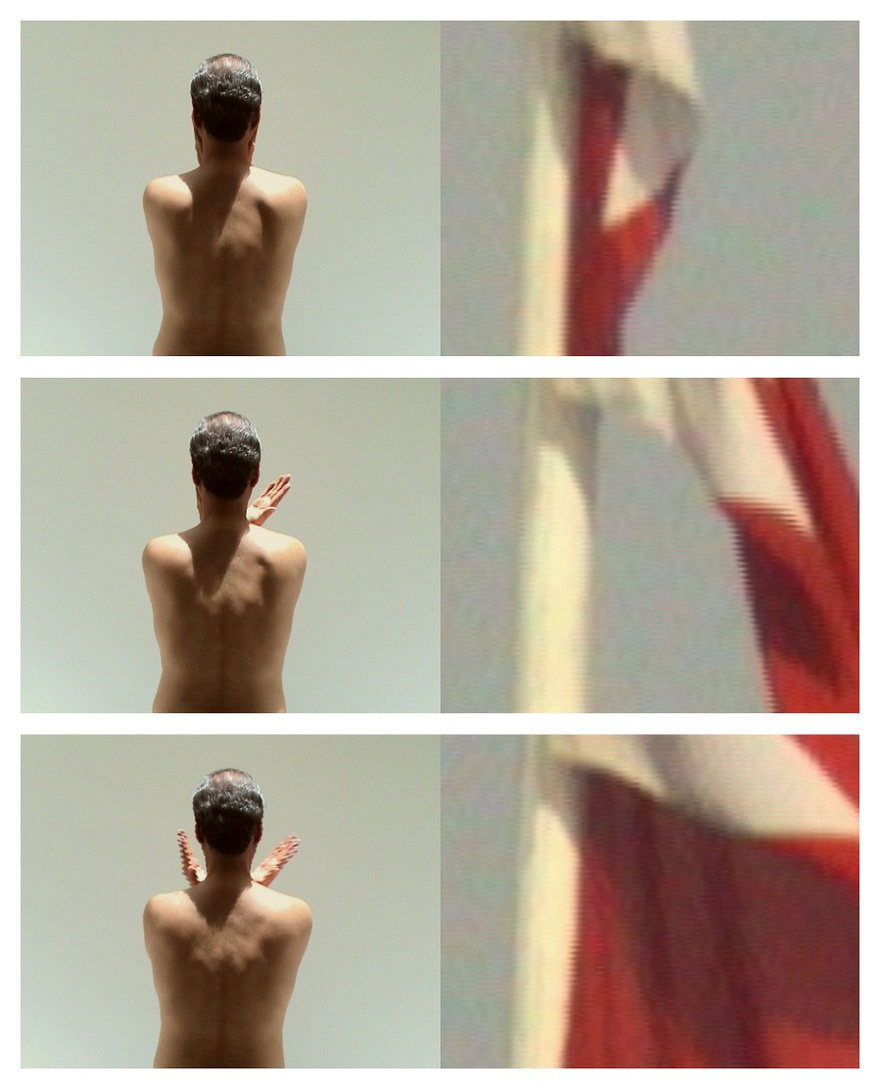 El Dabh, who had already been taught music as a child, worked for years as an agricultural engineer. It was this work experience that influenced him when he began experimenting with sound, using his expertise as a compositional technique when he travelled the agricultural lands of Egypt, experiencing different rituals and 'musical customs'. These encounters deeply influenced El Dabh's musical compositions. As Khoury posits, it was El Dabh's agricultural engineering background that allowed the composer a marked understanding of 'the correlation between the cultural, agricultural, and musical differences as they shift according to locality.'[3] This understanding of the land and its people is important when considering 'It Is Dark and Damp on the Front', insofar as the work is part of a compositional practice that aims at evoking history through a relation to memory and place.

On 'It Is Dark and Damp on the Front', El Dabh always rejected the term 'dissonance' to explain this piece. While the use of the term was widely employed to describe the works of western electronic music composers belonging to the Second Viennese School, El Dabh preferred to think of it as a composition of 'clashes that produce vibrations' and coined the term heteroharmony, which combines 'heterophony and chordal harmony in an interaction of chords and clusters with the focus of unison'.[4] Likewise, Khoury has argued that El Dabh's use of terminology – of thinking about clashes and vibrations rather than pure dissonance – 'both identifies and broadens the geographic and cultural locus of the avant-garde by relocating the source of new sounds.'[5] By introducing local, Arabic sounds into his work, El Dabh expanded on the range of sounds used in his compositional process while departing from traditional structures. This is significant because what the music evokes is not merely an incorporation of traditional or folkloric sounds into an experimental composition, but an articulation of land or site through composition. In reference to an early piece by El Dabh entitled 'Ta'bir al-Zar', or 'Wire Recorder Piece' (which is now recognized as the earliest recording of musique concrète in the world, produced in 1944), Khoury notes how El Dabh's 'Egyptian material' refuses ornamentation, approximation, or ethnic styling that adds tinge or colour.'[6] Through his compositional process, El Dabh attempts at reimagining site and memory through sound.

The evocation of dread and the horrors of the Nakba in 1948 in 'It Is Dark and Damp on the Front' was not merely a figurative exercise. The 'clusters of tone' were not meant to translate the trauma of conflict or of the event but manifest the vibrations of its resonance. There is an intentional haunting that emanates from El Dabh's composition, in which sound relates to past events not only through affect but through an acknowledgement of historical remnants and political shifts. This recalls British cultural theorist and writer Mark Fisher's extensive writing on the relationship between music and hauntology, a term first coined by philosopher Jacques Derrida in his 1993 Specters of Marx. The general notion in hauntology is that all forms of representation are ghostly, and art works are haunted.[7]

This notion is illustrated in two audio-essays Fisher co-produced, which unpack the multifarious qualities and eeriness of landscape and of place through sound. One of these is On Vanishing Land (2013), which Fisher produced with British philosopher and writer Justin Barton. For the work, the pair embarked on a long walk along the Suffolk coastline and produced a sonic fiction impregnated by 'themes of incursion – by unnamable forces, geological sentience or temporal anomaly.'[8] On Vanishing Land is a piece in which Fisher and Barton explore the essayistic terrain with sound in order to deploy readings of a fictional text inspired by the eerie landscape of the Suffolk coastline. The piece also merges commissioned music by electronic British musicians such as Burial and John Foxx, field recordings as well as interviews conducted with people who inhabit the area. The result produces an engaging audio-sphere that talks about place as a specific thing and an abstract concept simultaneously. The relationship to land is paramount in the work.

When asked in an interview with philosopher Robin Mackay about how the three elements of sound, place and the eerie are connected in On Vanishing Land, Barton responded: 'There's a whole process of abstracting out space in order to get to space.'[9] This is interesting to think about when considering both On Vanishing Land and 'It is Dark and Damp on the Front'. British music writer and critic Ian Penman once wrote in his essay entitled On the Mic: How Amplification Changed the Voice for Good that 'after the microphone, [there are] no self-contained lineages. Only ghost minglings, unprecedented grafts, insane translations.'[10] Once recorded, once channeled by electricity, by the microphone, voices or sounds now belonged to the realm of the haunting, 'waiting for the dead to speak'. The advent of the microphone in the last century demanded more and more from the voice and, to some extent and for our purpose here, from a place. What powers does it possess? The usage of the microphone is perilous as it transforms sounds and voices into ghostly hauntings. It can never be truly faithful to the real sounds of its environment. Fisher, Barton and El Dabh listen through the microphone. They listen to land and the voices that traverse them and yet the output is not quite the same, not quite what they heard but what the experience itself was of hearing those sounds.

Both pieces present us with an attachment to place and inscribe within them attempts at a sonic formulation of the eerie, of the haunting, one evoked by land itself. Yet, while Barton and Fisher responded to the eeriness of place with sonic fiction, El Dabh sought to punctuate his piece with the protracted dread felt well after 1948. In this sense, the staging of history in the context of El Dabh demands a different mode of attention from us: an auditory articulation closely tied to a dismembered narrative that incorporates questions of lineage, memory, site and geography.

In his interview with Mark Fisher and Justin Barton regarding On Vanishing Land, Robin Mackay points out that one of the singularities of the audio-essay is its indirectness in its 'indexical relation to the place'. It is neither a soundscape nor a field recording but an interweaving of both voice and recordings as well as works by other musicians, readings and texts by other authors. The proposition made by practices that attempt to go beyond 'empirical recording' of places is momentous insofar as it allows us to explore and think in ways in which sound as a practice can transcend the representational nature of visuality. It allows us to consider how sound alone is able to carry the weight, the eeriness, and the terror of a place without necessarily having to directly address it, but also calls us to understand aurality outside of the paradigm of the site-specific whilst grasping the recall of locality.

*(The subtitle of this piece takes inspiration from the title of a conference and subsequent publication entitled When Site Lost the Plot organized at Goldmsiths College in London, published by Urbanomic and edited by Robin Mackay.)

Rayya Badran is a writer based in Beirut. Her work focuses on the performative nature of the voice as well as on characteristics of aurality in film and music.