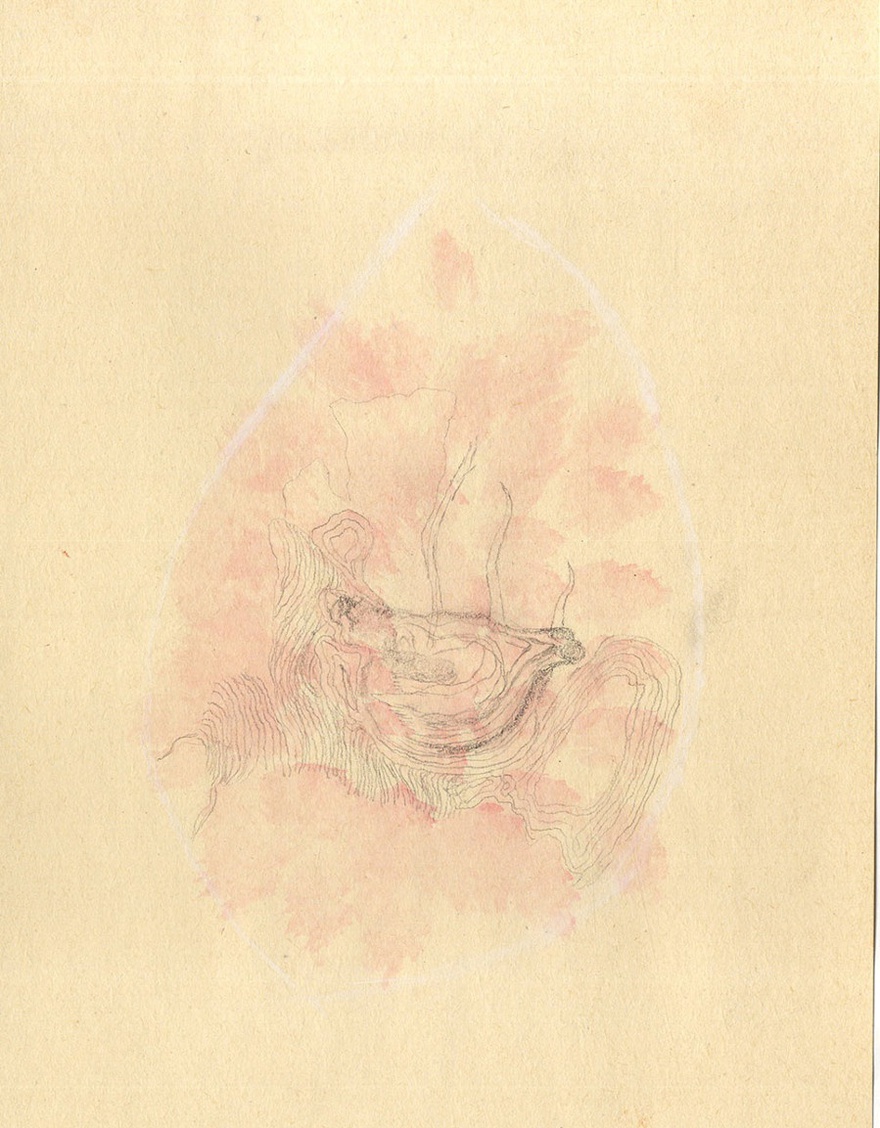 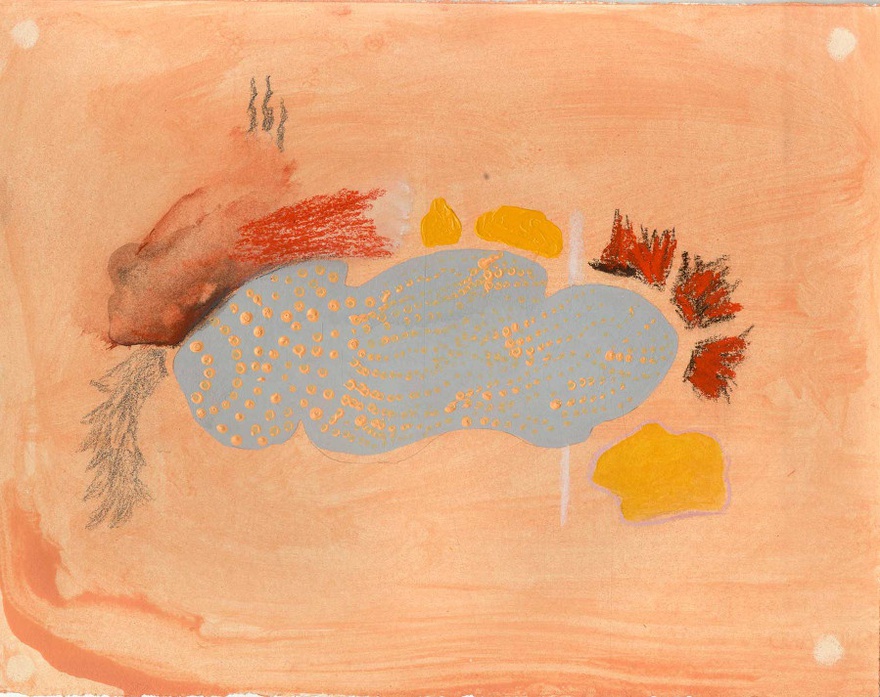 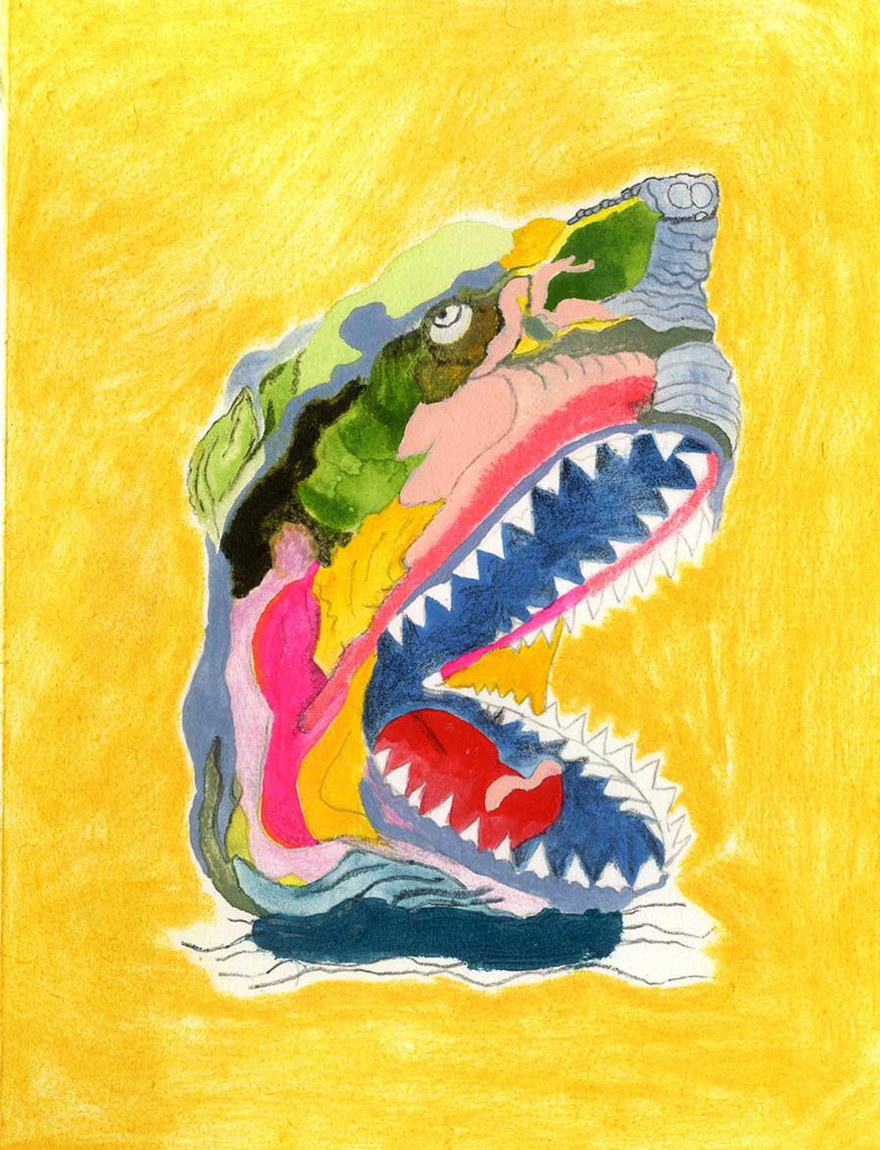 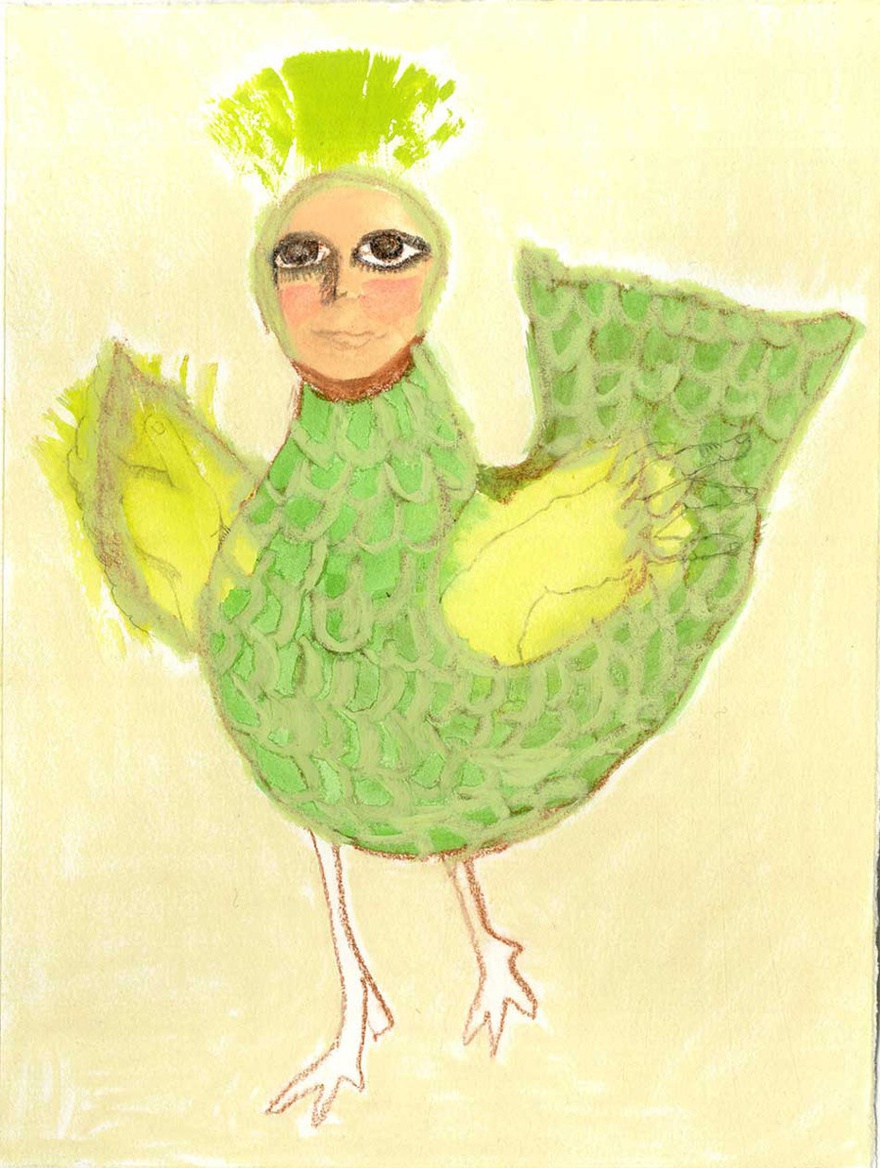 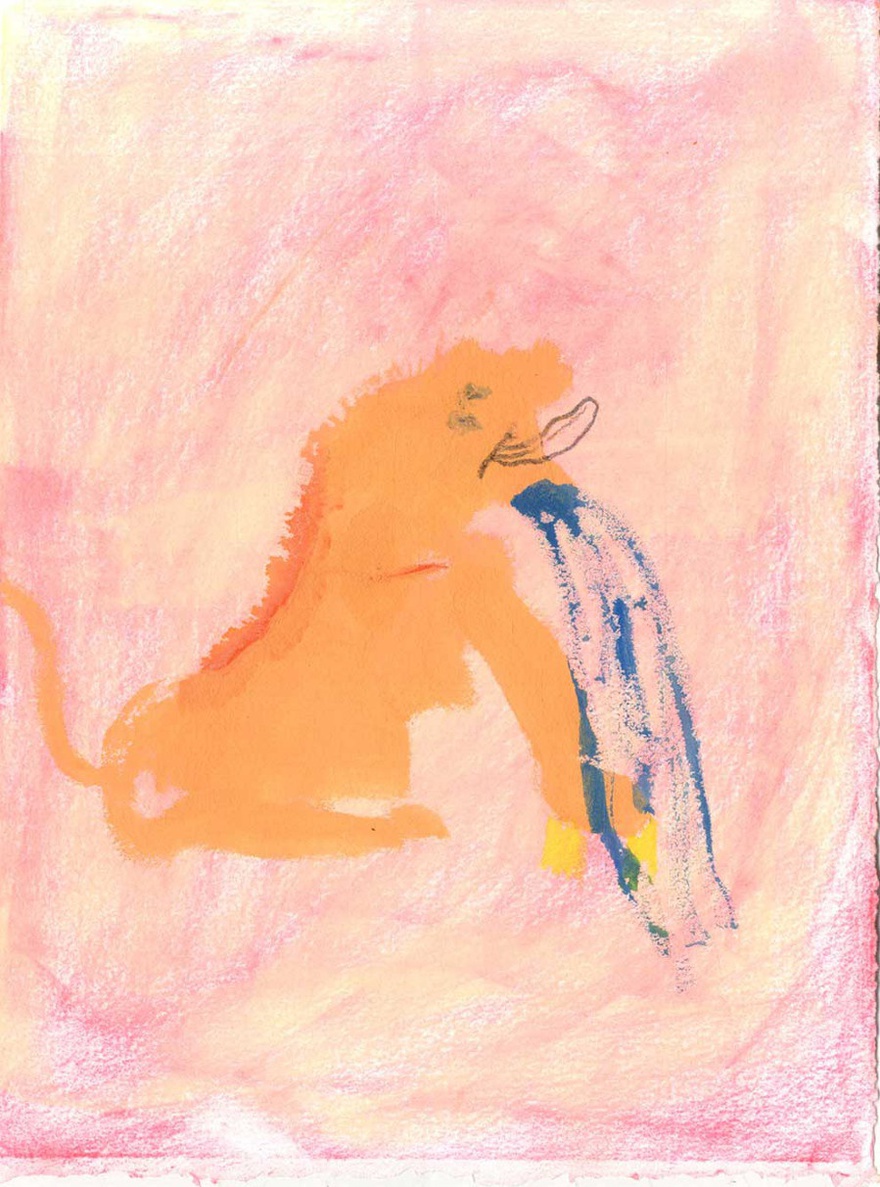 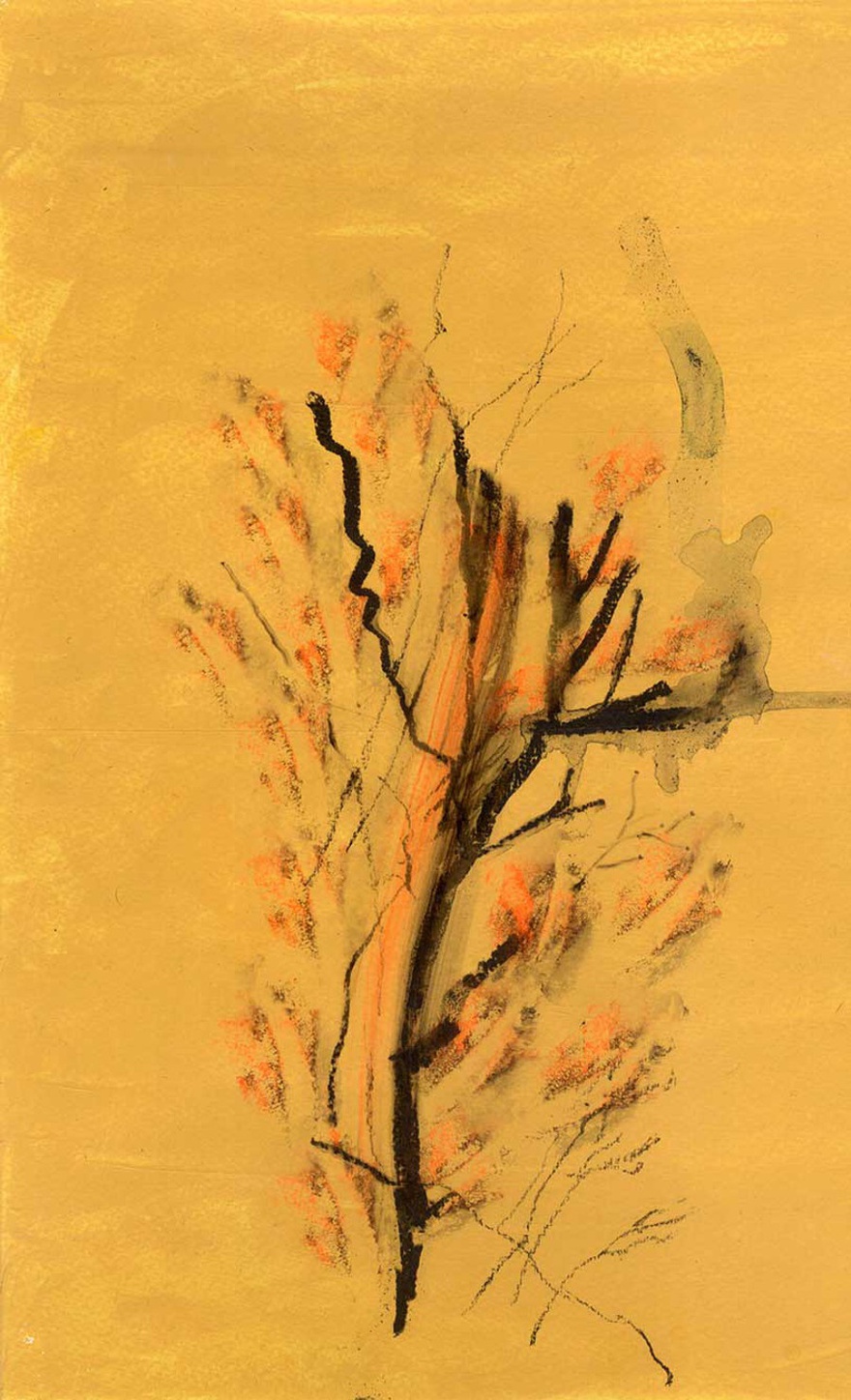 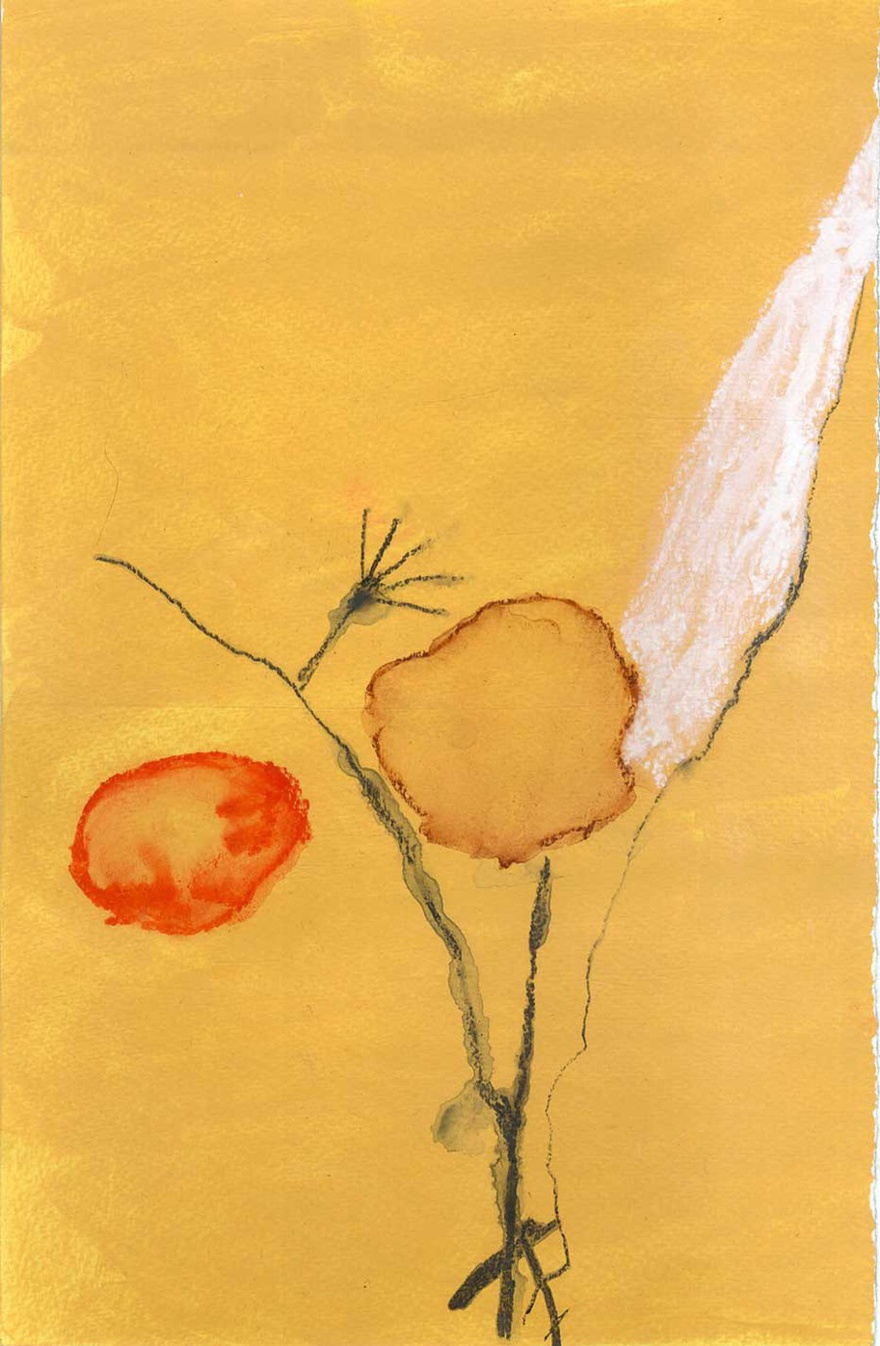 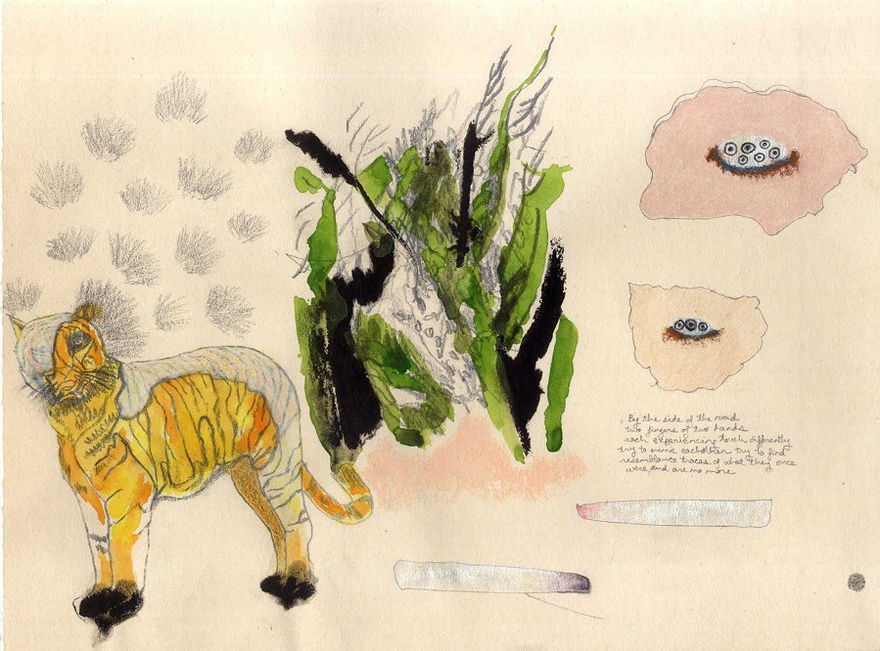 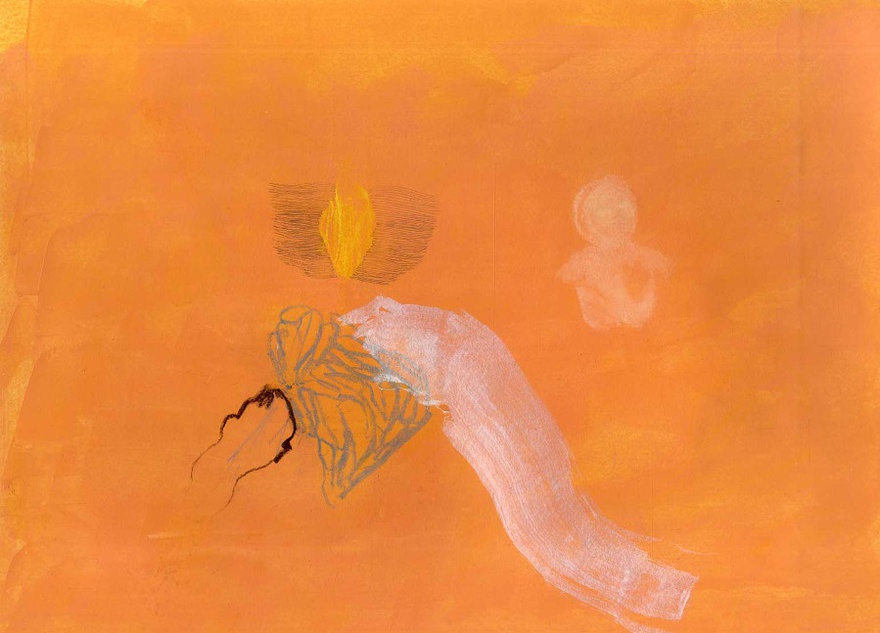 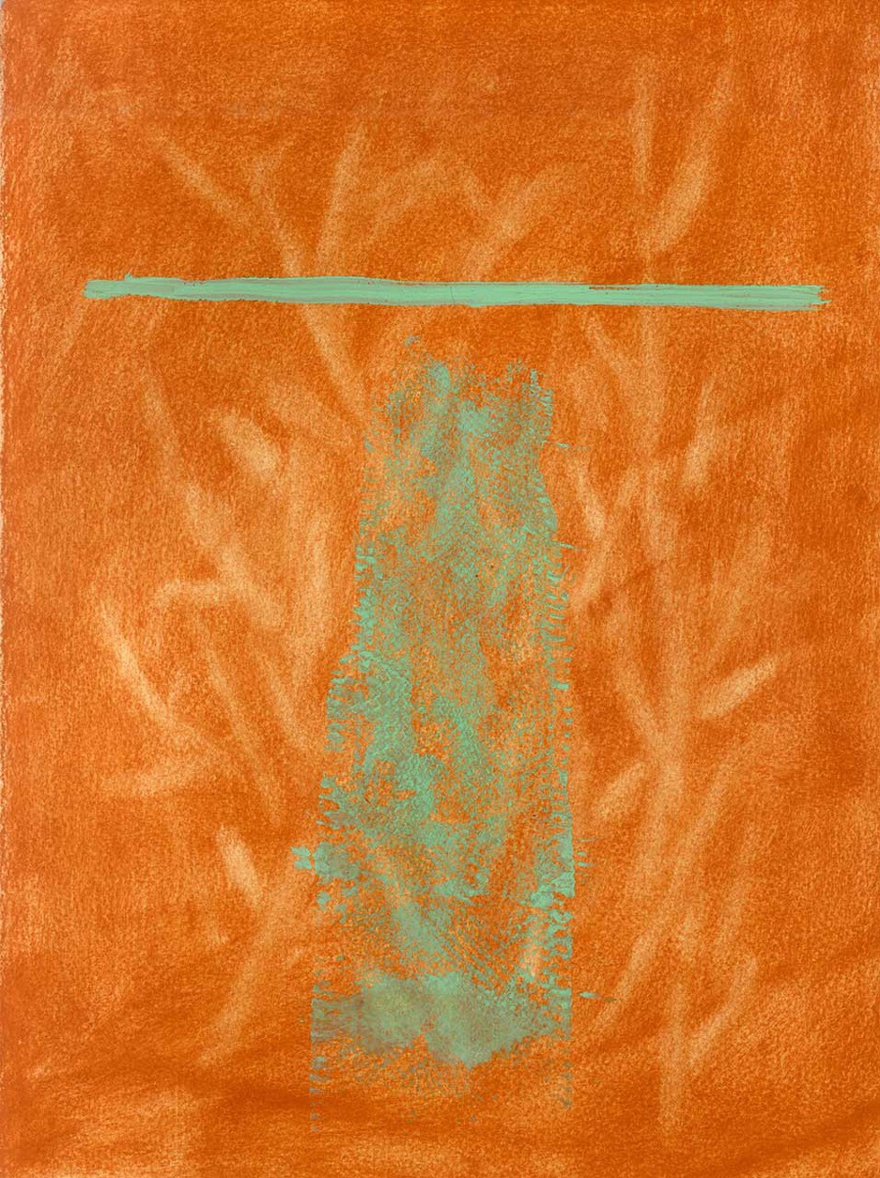 Pencil, gouache and pastel on paper

Encompassing drawing, performance and sculpture, Jumana Emil Abboud's A Happy Ending part II: Two Skins draws on motifs, characters and objects found in Palestinian folk-tales. The objects and figures in both her olive wood carvings and her drawings are depicted in the midst of metamorphosis. Caught between two states, these creatures are 'neither plant nor stone, animal nor human, good nor evil.'

Abboud's practice involves acts of 'veiling and uncovering.' The talismanic clay hearts that form part of A Happy Ending part II: Two Skins are given new fabric wrappings during an event held at the Delfina Foundation, where participants share personal stories. In an act that echoes the practice of gift-giving during Palestinian ceremonies, these small talismanic objects will then be passed on to audience members during Abboud's vocal performance at Southbank Centre's Queen Elizabeth Hall on 18 July.

Jumana Emil Abboud (b. 1971) lives and works in Jerusalem. She uses drawing, video, performance, objects and text to navigate themes of memory, loss and resilience. Through her work she poses questions related to memory as read through the body, through folklores and folktales, through home and homeland, and through cultural ritual or practice.

She has participated in numerous international group exhibitions over the last decade. From 2009, this included the Venice Biennial, the Istanbul Biennial, the Bahrain National Museum, Manama, and the Institute du Monde Arabe, Paris.