A Tress of Hair: Doa Aly 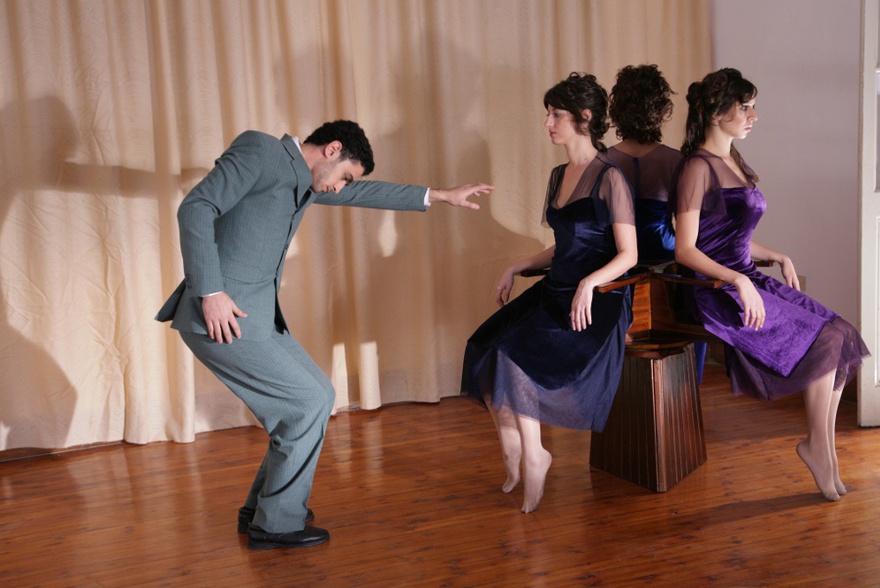 A Tress of Hair

Tress of Hair is based on two short stories written by the nineteenth-century French writer Guy de Maupassant. La Chevelure (A Tress of Hair) tells the story of a madman who finds a tress of hair hidden in an old cabinet and falls in love with it. Berthe (Bertha) is the story of a girl with learning difficulties, who is trained by her doctor to recognise mealtimes by the clock. When fused together, these two stories become an allegorical cycle of waste; waste of emotions, of obsession, and as Aly attempts to tell it through a precise choreography (using 4 performers and herself), it also translates into a poetic waste of movement. Through this limited vocabulary of dysfunctional movement, and narration taken from the original stories, Aly's video transports the viewer into a fragile universe heavy with aspiration and longing.

Doa Aly (b. 1976, Cairo, lives and works in Cairo). Doa Aly's practice is informed by the notion of disturbance. Trained as an academic painter, her drawings, paintings, videos and text collages evolve from an acute concern with aberrations of the human form.

Doa Aly attended the Faculty of Fine Arts in Cairo and earned her BFA in painting in 2001. Her recent group exhibitions include: The 11th Istanbul Biennial in 2009; The 7th Busan Biennale in 2010, Meeting Points 6: Locus Agonistes in 2011; Eva International 2014: AGITATIONISM, Lest the Two Seas Meet at the Museum of Modern Art in Warsaw, and Dancing Light at Huis Marseille in Amsterdam in 2014. Aly's most recent one-person exhibitions in Cairo are The House of Sleep at Gypsum Gallery and Desire, Deceit, and Difficult Deliveries, at the Townhouse Gallery, both in 2013. Aly is represented by Gypsum Gallery.