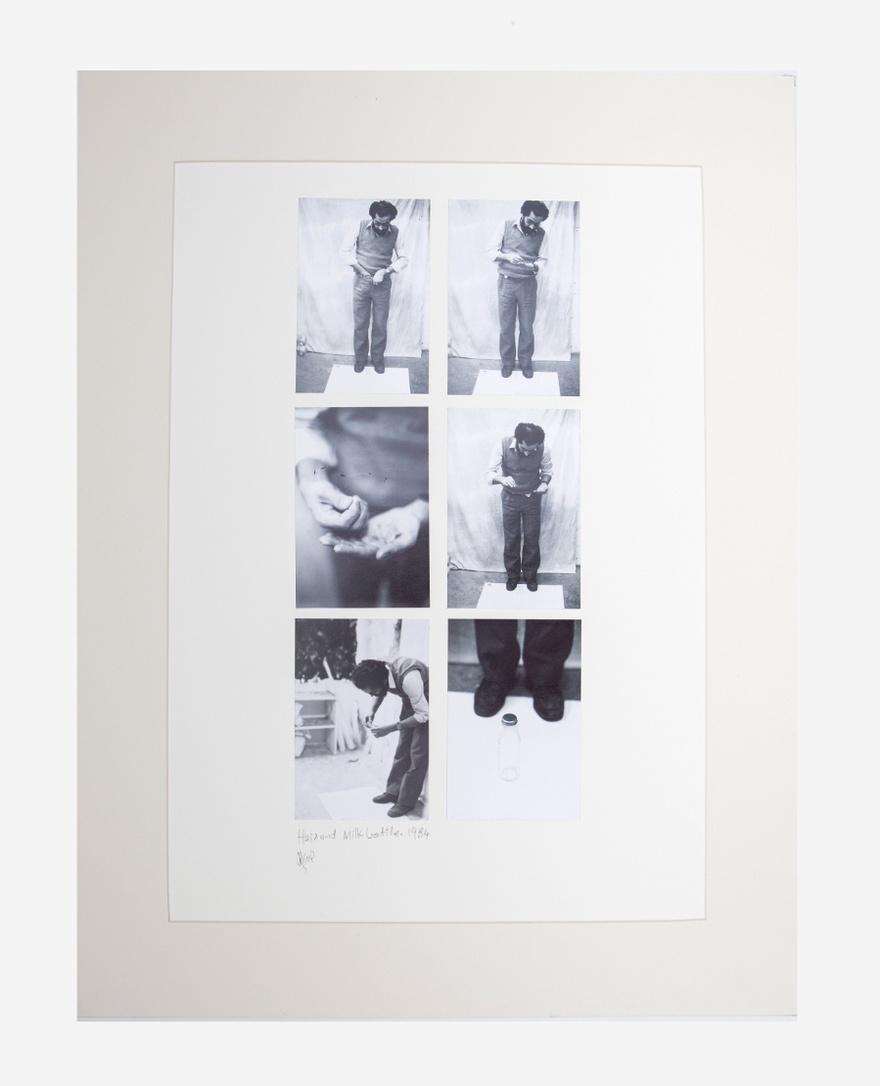 Collage, photographs, ink and pencil on mounting board

In this work, Sharif pulls pubic hairs out of his trousers and attempts to throw them into a milk bottle placed on the floor at a distance. The performance ends when the artist is successful in landing one hair inside the bottle. On completion, the bottle is sealed and the work is finished.

Hair and Milk Bottle is an example of Sharif's early performance works that he began developing while at Byam Shaw School of Art in London. During this period, Sharif would perform mundane and often meaningless tasks, which were carefully documented through photography. Building up a series of works using the body, Sharif enacted small, gestural performance works both in Dubai and London.

Hassan Sharif (b. 1951, Dubai, lives and works Dubai). Hassan Sharif has made a vital contribution to conceptual art and experimental practice in the Middle East through 40 years of performances, installations, drawing, painting, and assemblage.