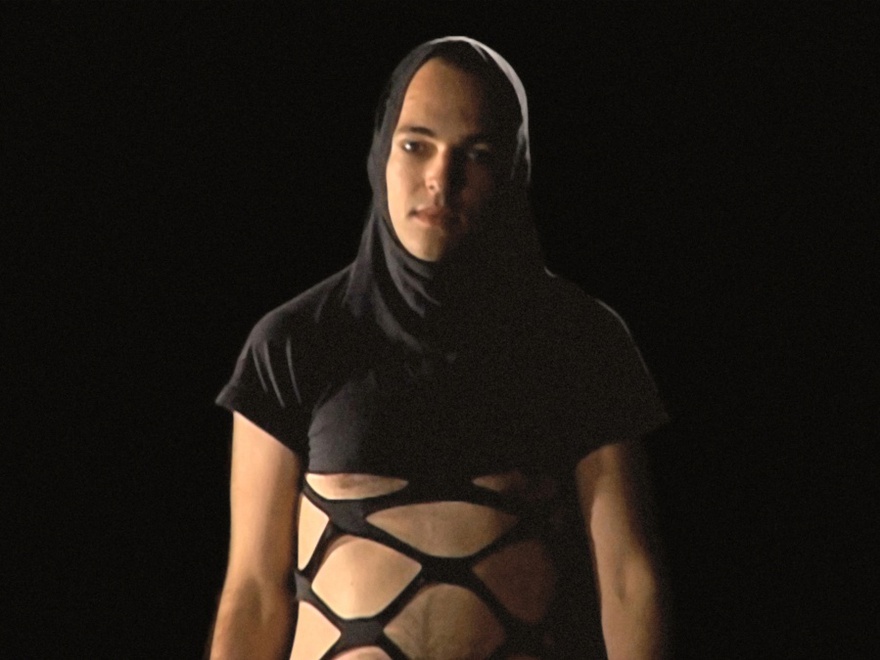 Body parts peek through holes, gaps, and splits woven into ready-made garments. The clothes are designed to preempt the daily imperatives of the soldiers, who order Palestinians to lift clothes and expose their flesh as they cross the checkpoints.

Chic Point juxtaposes the fashion show with a series of documentary stills from checkpoints, placing the spectator in a position that paraphrases the soldier's gaze. The haute fashion line transfers the marking from the body to the apparel, and to the ensuing playful possibilities inherent in the relationship between the clothes and those who are wearing and removing them.