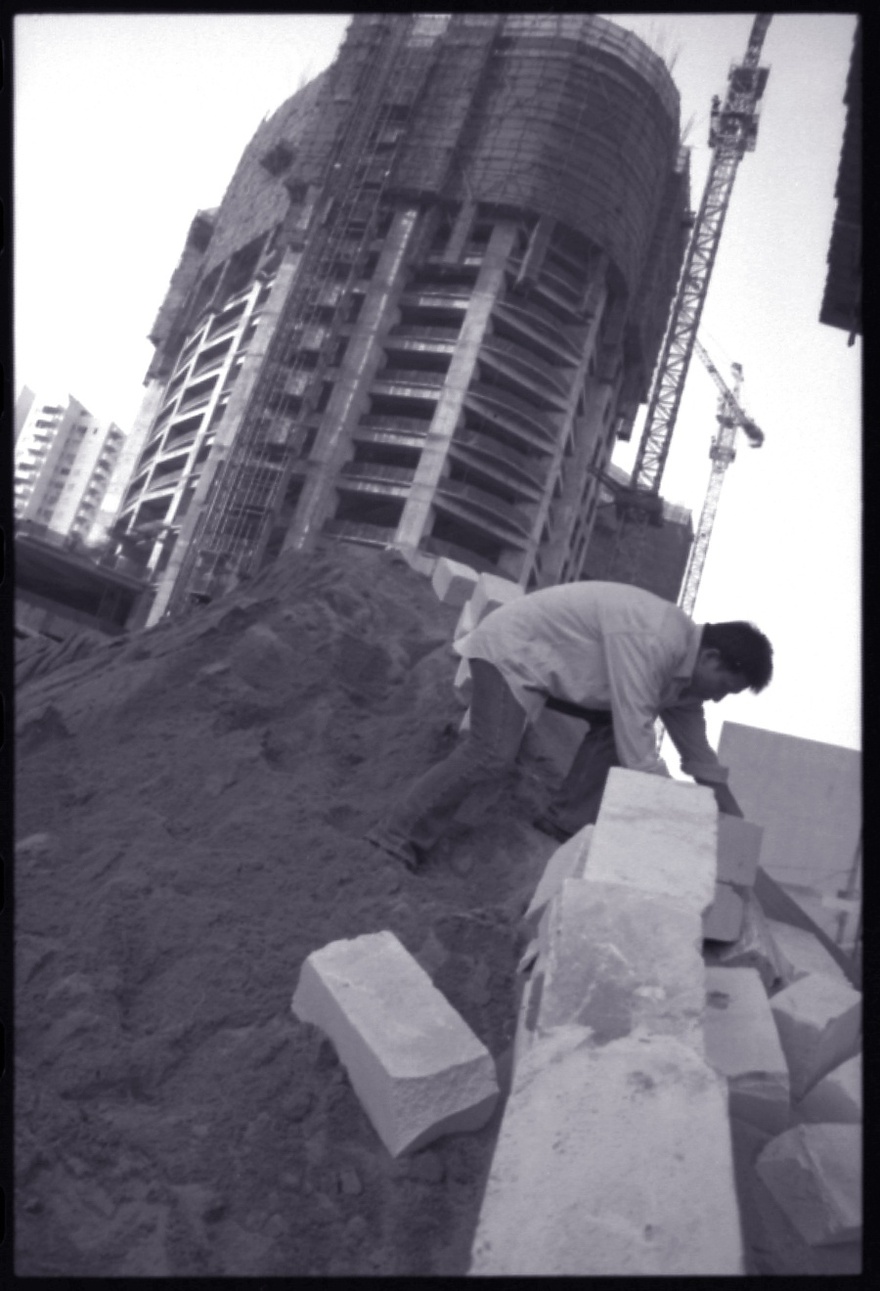 A Kind of Machine Called "Liberation"

Performed on a construction site in Guangzhou, the artist moves a brick wall form one side of the site to another over a sand dune. Brick by brick, the whole wall is eventually transferred to the other end but as the bricks sink into the sand, the futility of the process is revealed with the wall unable to maintain its shape. This small and somewhat insignificant gesture comments on the rapid urbanization of Guangzhou, highlighted by the use of concrete bricks and sand, materials that are readily to hand in the city.

While Sand Dune looks at a cities development, A Kind of Machine Called "Liberation" also uses concrete bricks, comments on urban destruction. Responding to the US invasion of Iraq, this work operates as a visual metaphor for the disaster that the war would provoke. Yilin lies with his leg trapped beneath a circular wall of concrete blocks, as a grown man on a child's bicycle wheels over the surface. This leads to the collapse of the wall, yet the performer continues to ride through the rubble. The image left by this scene at the end is the most pertinent, echoing that of war-torn urban areas. The viewers also become implicated as they have stood by and watched the relentless trampling that has lead to this outcome. As an artist from China living in New York, Yilin is positioned partially as an outsider looking in, thus his commentary relates to the global impact of an otherwise geographically specific conflict.

Lin Yilin (b.1964, Guangzhou, lives and works in New York and Beijing). Lin Yilin is a founding member of the Big Tail Elephant Group, an artist collective founded in 1990 by Lin Yilin, Chen Shaoxiong, and Liang Juhui and later joined by Xu Tan.