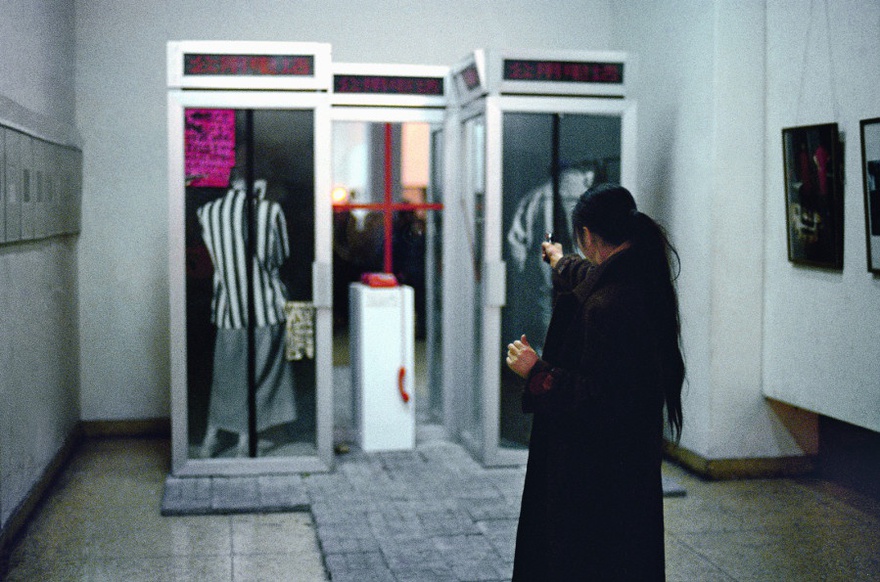 At the opening event of the China/Avant-Garde exhibition at the National Art Gallery in Beijing, Xiao Lu raised a gun and fired two shots directly at her installation Dialogue. This incident directly resulted in the closing of the exhibition by the authorities, which was then re-opened five days later only to be shut down again. Shortly after this incident the Tiananmen Square protests erupted. While unrelated, the oppression that provoked Xiao Lu to such theatricality is the same oppression that the protests rallied against.

The installation itself included a red domestic phone on a table in the middle of two modern phone booths, which were beginning to appear on city streets as symbols of modernity. Two figures dressed as students, were situated in the booths, presumably calling home, where a domestic phone was left dangling off the hook. The visual metaphor suggests a disconnection between the old and the new, the public and the private. As a result, the work and the performance are poignant comments on the contradictions of China's modernization.

Xiao Lu (b. 1962, Hangzhou), lives and works in Beijing). Xiao Lu has exhibited internationally with a varied practice that includes painting, sculpture and writing.