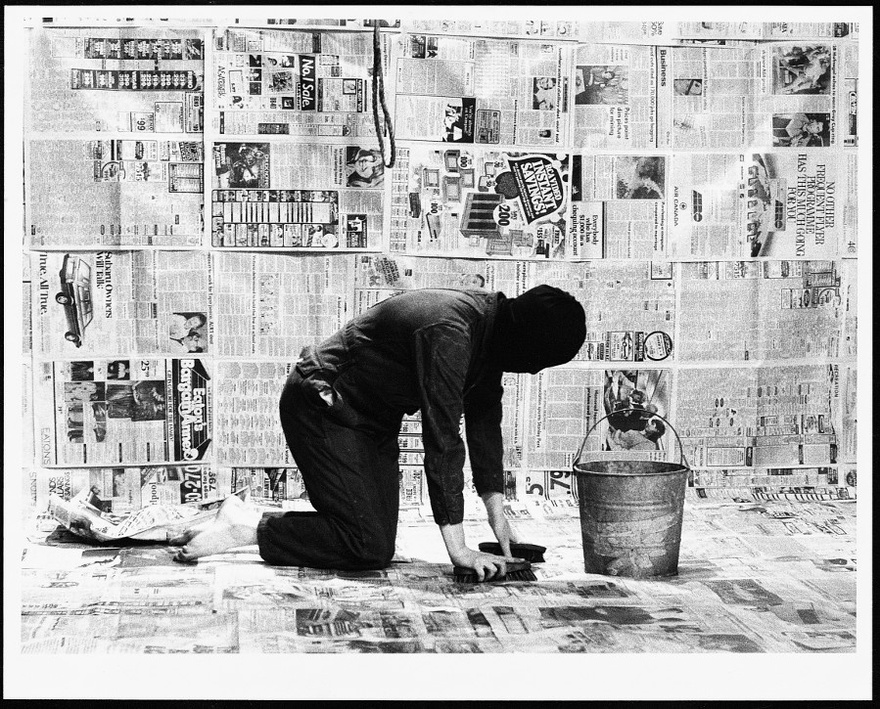 Variation on Discord and Divisions

Video documentation of a performance on December 14, 1984, (The Western Front, Vancouver)

Variation on Discord and Divisions is a disturbing performance where the artist, wearing an opaque mask and all dressed in black, crawls between the rows of spectators to reach the performance space. She then performs a number of actions that culminate with her removing raw kidneys from under her clothes, cutting them up, putting them on plates, and serving them one by one to the audience.

Without referencing any specific conflict, Hatoum addresses notions of exile, war and oppression. Dressed in black with a covered face, the artist presents herself to the audience as an anonymous body, and as such takes various forms through the different actions of the performance.

Mona Hatoum (b. 1952, Beirut, lives and works in London and Berlin). Hatoum started her career making visceral video and performance work in the 1980s that focused with great intensity on the body. Since the beginning of the 1990s, her work moved increasingly towards large-scale installations that aim to engage the viewer in conflicting emotions of desire and revulsion, fear and fascination.

Hatoum has had numerous solo exhibitions including Centre Pompidou, Paris (2015), Pinacoteca do Estado de São Paulo, Sao Paulo (2014), MATHAF: Arab Museum of Modern Art, Doha (2014) and Joan Miro Foundation, Barcelona (2012)  and has participated in several internatational exhibitions including the Venice Biennale (1995 and 2005), Documenta XI, Kassel, 2002, the Istanbul Biennial (1995 and 2011), among many others.