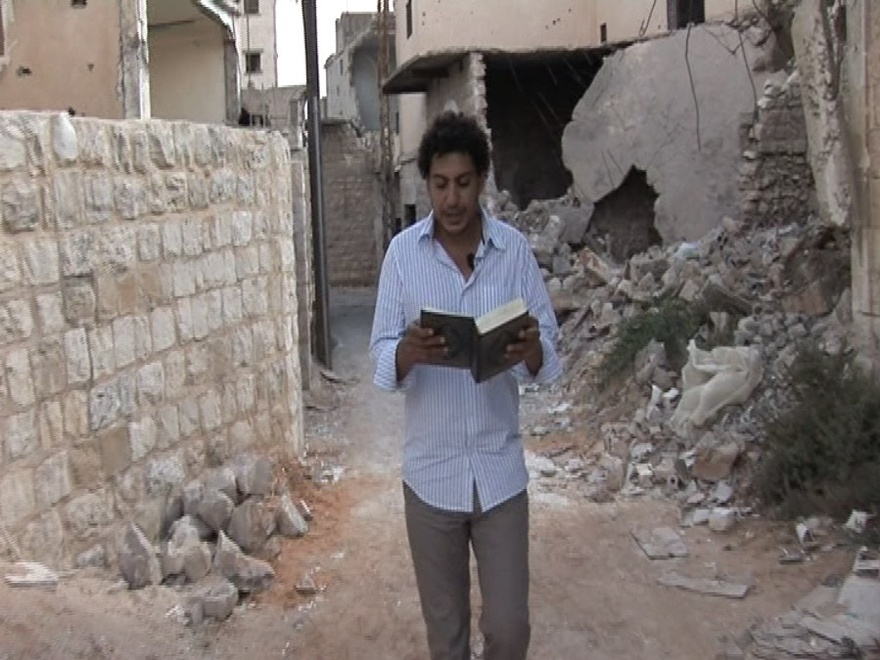 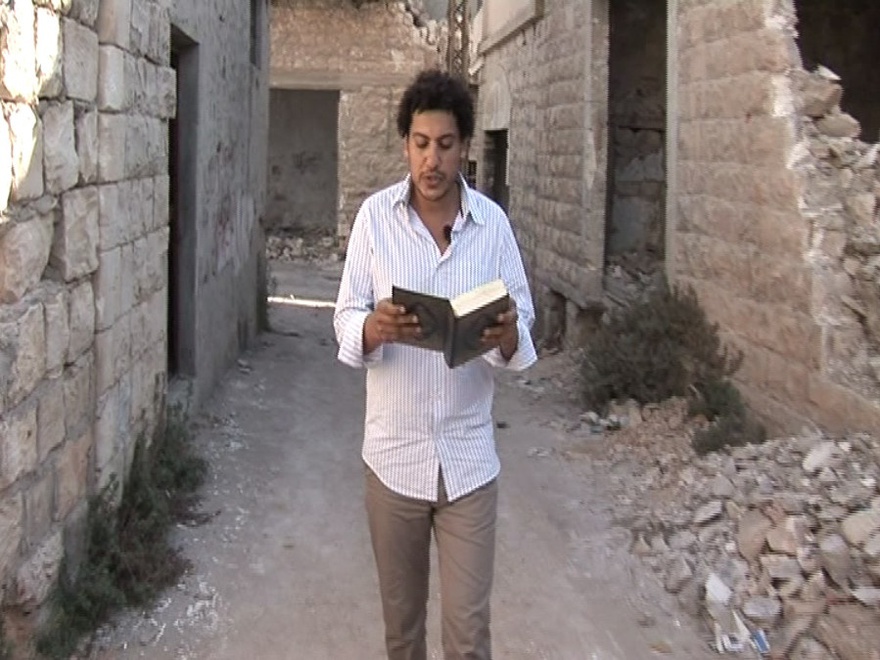 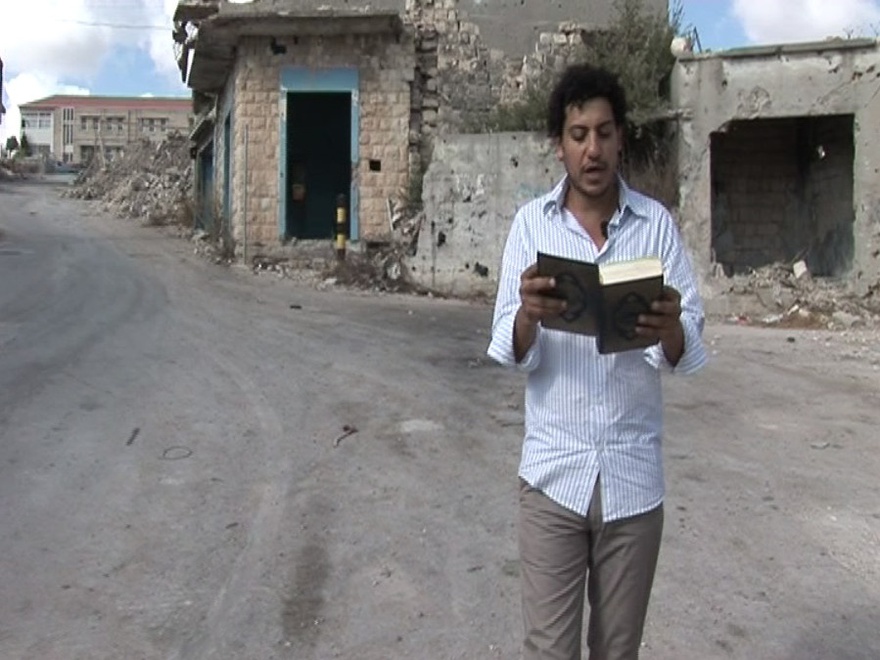 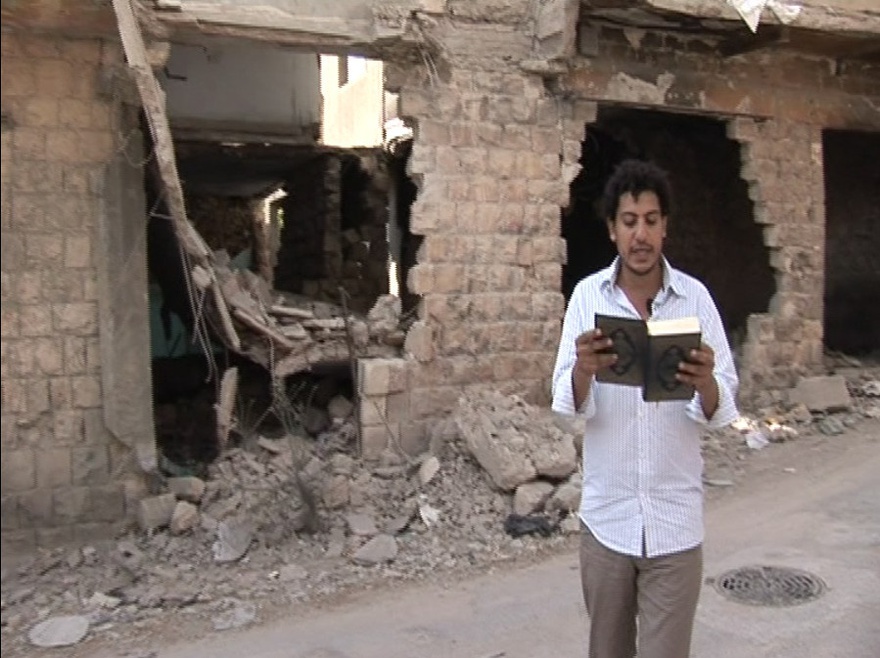 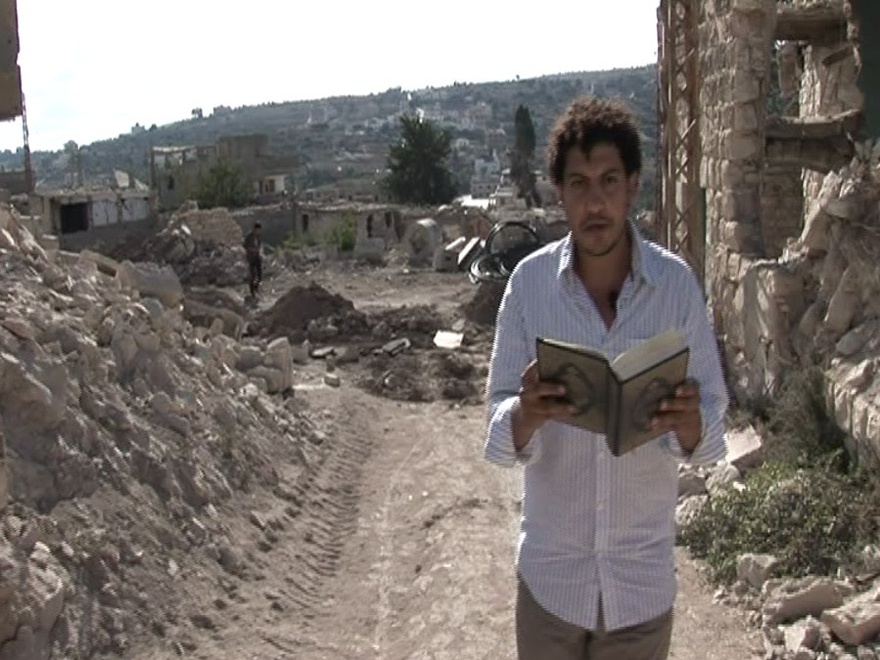 As the artist meanders through Bent Jbeil's old center, amidst rubble and destruction from the Israeli assault on Lebanon in the summer of 2006, he recites verse from surat Al-Baqara in the Quran (verses 40 to 123), that refer specifically to the relationship between Jews, Christians and Muslims, and relays the story of Moses and the people of Israel. Here the artist inserts himself into the scenes of destruction, with a simple gesture of reading, to draw attention to the histories and ideologies that feed into contemporary conflict. The work bears strong similarities with Shawky's earlier work titled The Cave (2003), where the artist walks through a supermarket also reciting verses from the Quran.

Wael Shawky (b. 1971, Alexandria, lives and works in Alexandria). Based on extensive periods of research and enquiry, Wael Shawky's work tackles notions of national, religious and artistic identity through film, performance and storytelling. Whether instructing Bedouin children to act out the construction of an airport runway in the desert or organizing a heavy metal concert in a remote Egyptian village, Shawky frames contemporary culture through the lens of historical tradition and vice versa.