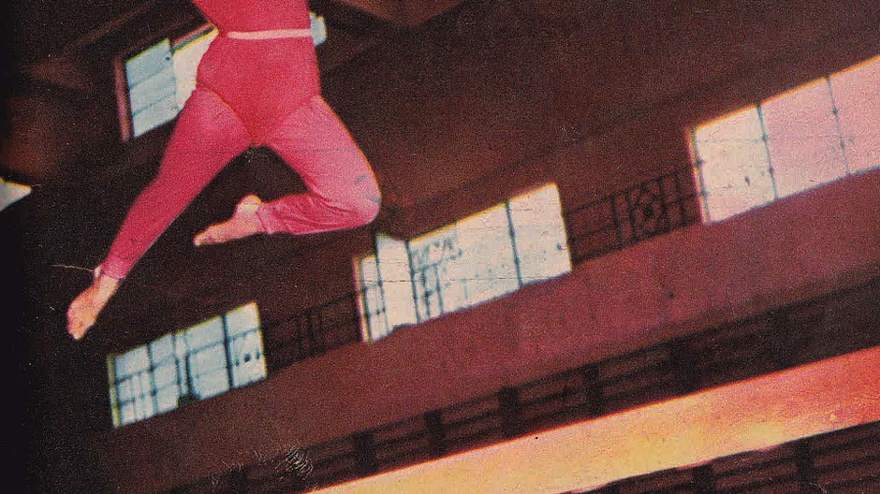 OLGA's NOTES, all those restless bodies

Olga's Notes, All those Restless Bodies is a video that takes as its starting point an article that appeared in Al Hilal magazine in January 1963 on the establishment of a ballet school in Cairo. The article describes the school, which was founded as part of Egyptian President Gamal Abdel Nasser's larger plans for modernization and reform at that time, as a "factory of the bodies." Supported by major figures including the Russian choreographer and director Leonid Lavrovsky, the school was to become an important institution in Nasser's nation-state building project.

The film script juggles between different dances and small stories linked to this history. It looks at dance from historical and political perspectives, and also at the body from the perspectives of dance, labor and exploitation, thus dance becomes an excuse to think about labor, and labor an excuse to think about dance and movement. The effect of political ideologies on the identity of the individual is here reflected in the body of the dancer. After years of training, rehearsing, and performing, the dancer's body has become damaged-a metaphor of the violence of state projects, and nation-state building that accompanies a capitalist ideology and a consumerist approach to the human form.

Marwa Arsanios (b. 1978, Washington DC, lives and works in Beirut). Marwa Arsanios obtained her MFA from University of the Arts, London (2007) and was a researcher in the Fine Art department at the Jan Van Eyck Academie (2011–2012).

Arsanios is a founding member of the artistic organization and project space 98weeks Research Project that focuses its research on a new topic every 98 weeks. She is one of the organizers of the travelling project Pla!orm Translation. She received Sharjah Art Foundation's Production Programme Grant in 2014, and a special prize as part of the Pinchuk Future Generation Art Prize in 2012.